Last week I had the chance to go to Amsterdam for the best reason: It was ThingsCon Amsterdam time. The Amsterdam event has not just grown to be the biggest local ThingsCon event—it’s now the biggest total! It’s mind blowing for me to see how much this all is taking off. And with the Amsterdam team around Monique van Dusseldorp, Iskander Smit & Marcel Schouwenaar, ThingsCon is in the best hands I could possibly imagine. I couldn’t be happier. 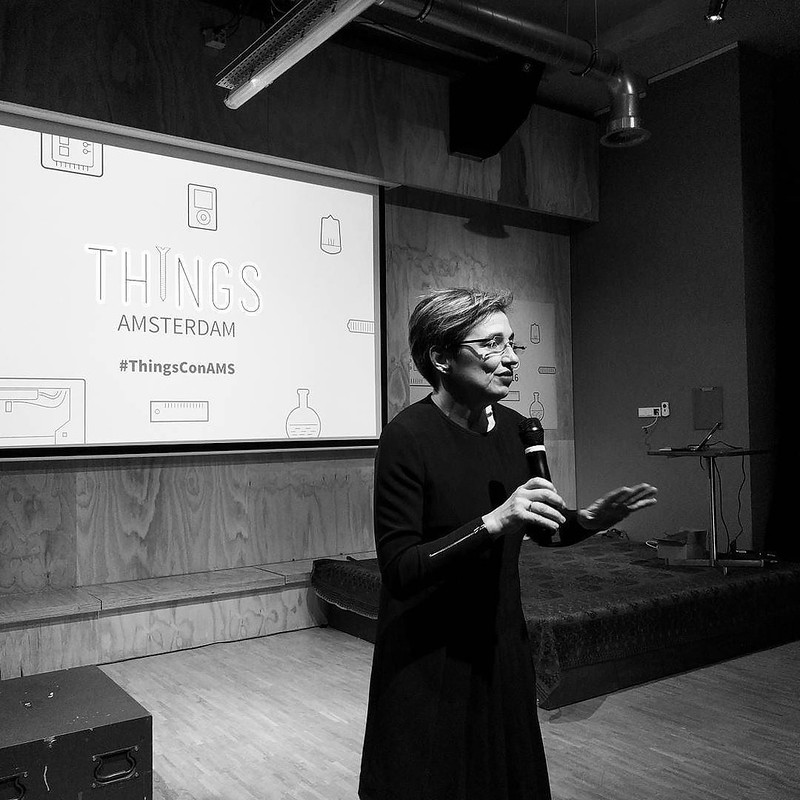 Fabulous Monique was the guide through the packed program

But enough of my happy rambling. What actually happened? A lot! In fact, much more than I could have possibly attended or even remembered. With 1.5 days full of talks, workshops and exhibitions there was always something going in inside funky Volkshotel.

Some highlights and shout-outs

So let’s look at some highlights and some documentary to follow up online on what went down. (The event was also live streamed and the videos will be available soon at ThingsCon.nl.)

Marcel & Iskander opened the event wearing freshly printed “Make IoT Great Again” hats—a reference of course to the fact that IoT never has been great, but still is politically charged terrain. (Personally I loved them, but I did hear quite a few “too soon” on Twitter.) 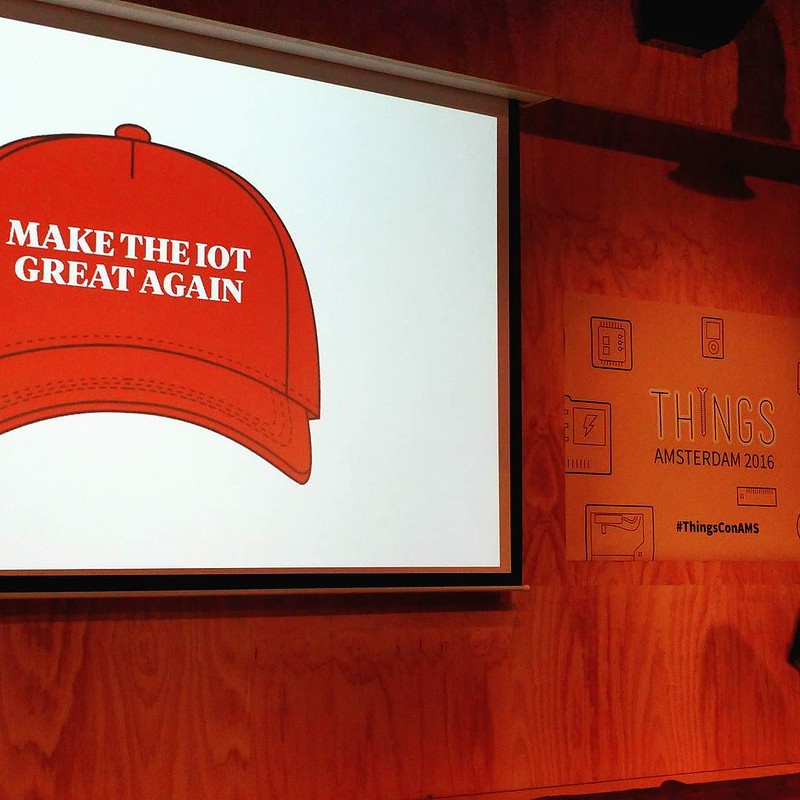 Talking to an audience that skewed a bit more intensely to the design crowd than other ThingsCon events (we’re in Amsterdam, after all), there were a lot of calls to action for designers throughout the event. 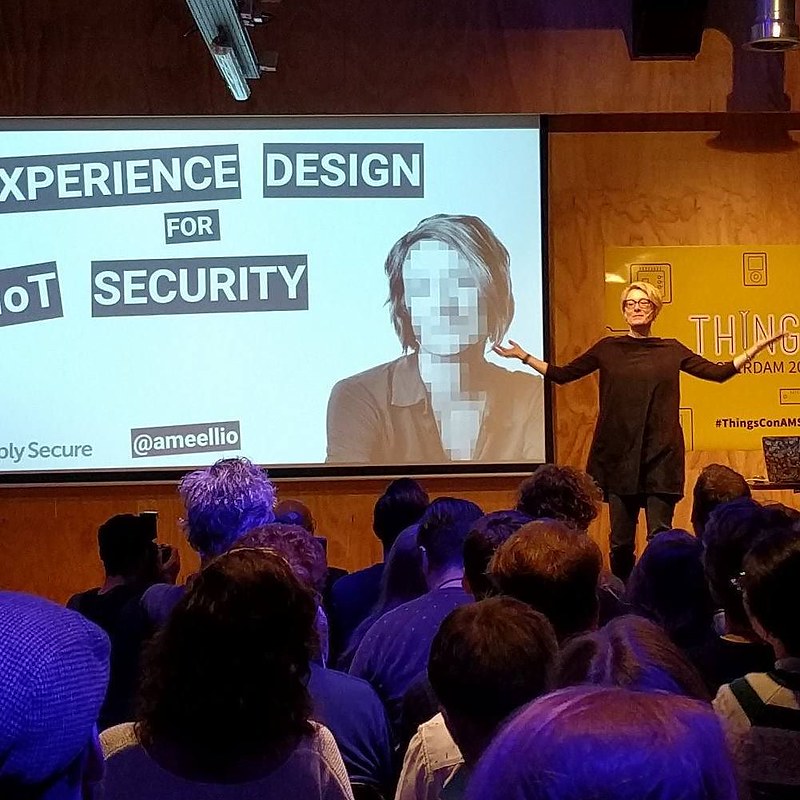 For example, Ame Elliott of Simply Secure gave a fantastic talk about how to design for better security. I highly recommend all her work, but maybe the most hands-on starting point might be the Simply Secure resources on Github. 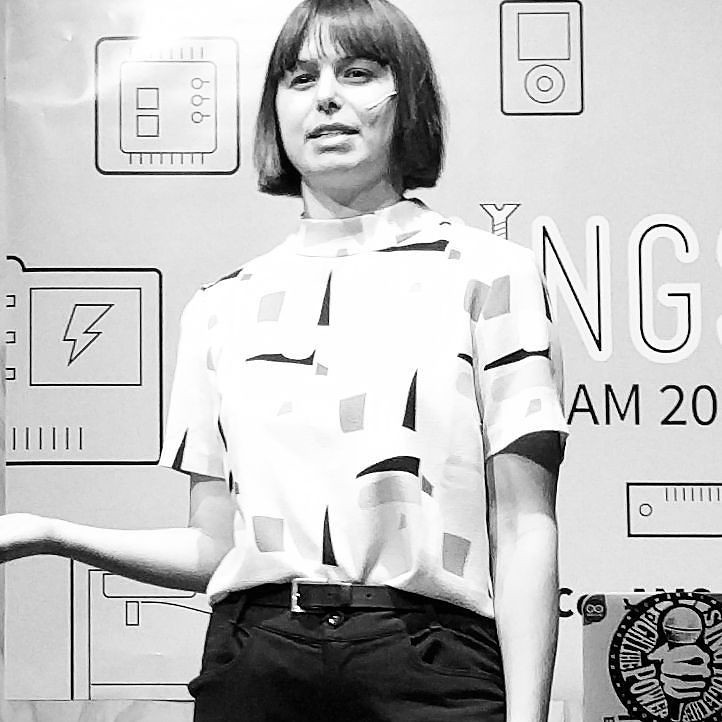 Michelle Thorne tackled the open research she’s doing with her team at Mozilla for the Open IoT Studio. 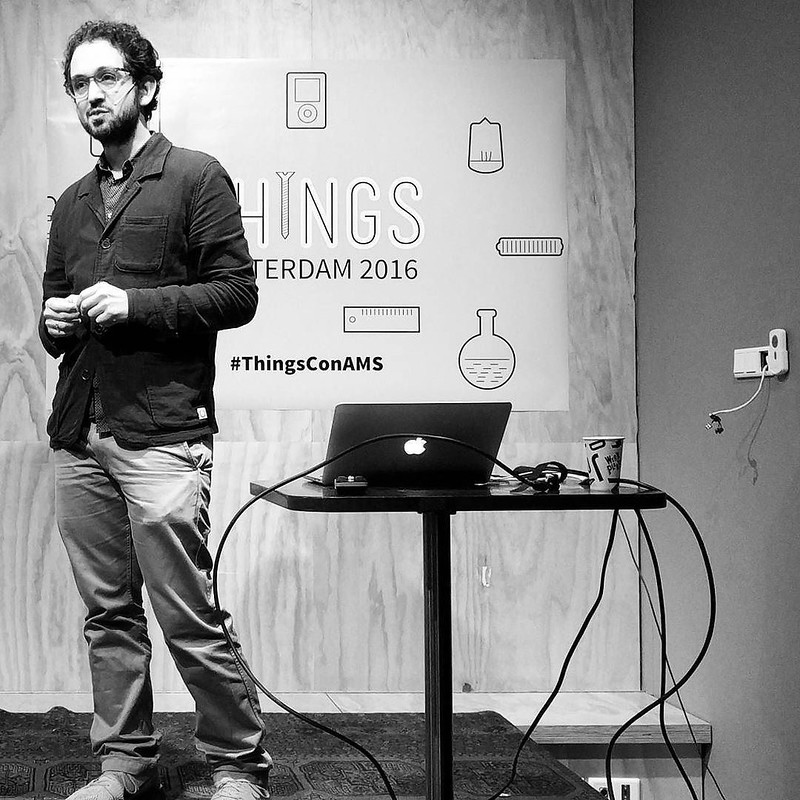 Alper Çu?un, author of Designing Conversational Interfaces, spoke about exactly that: How to design conversational interfaces, especially in the context of IoT. 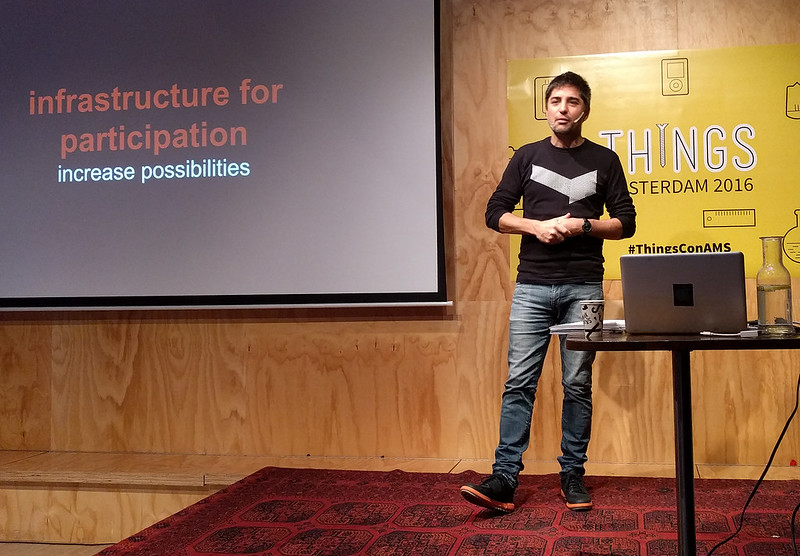 Along the way—and tied into the program through workshops and demos—participants could get hands-on with projects in an exhibition. They ranged from artistic explorations to commercial. Here, for example, Vai Kai‘s ready-to-ship final prototypes, which are absolutely gorgeous: 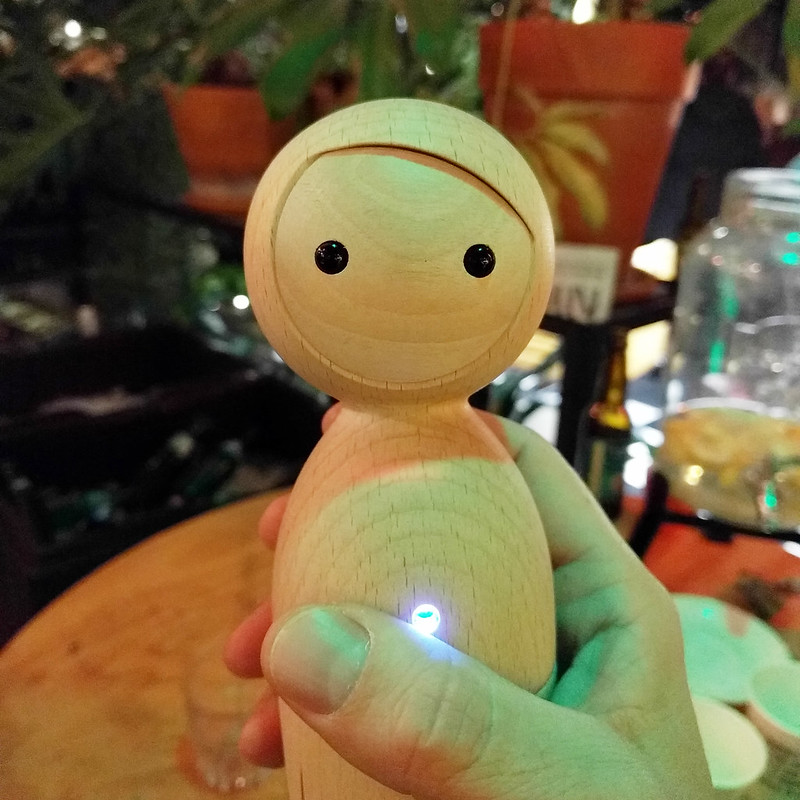 The Amsterdam team kindly invited me to do the opening keynote. I explored where we are today in the world of design and responsible IoT. Here are my slides (the video of this and the other talks should be available online soon, too):

ThingsCon Amsterdam: A responsible Internet of Things from Peter Bihr

Want to read some more?

For some more impressions, among other places I recommend this Storify from the Amsterdam team, Simon’s notes from the ThingsCon Labs session, and this very personal write-up by Max. For photos, check out this Flickr set.

Which also brings us to something we spontaneously launched while in Amsterdam: A new ThingsCon Medium channel that will serve to highlight and amplify great projects and ideas around a human-centric & responsible IoT. It’ll include some write-ups from ThingsCon events around the globe, and also contributions from guest authors and ourselves. Finally, it’ll serve as the content pool from which we’re planning to draw heavily for a publication later in the year.

Monique also infected us with a great idea: How great would it be to have a quick overview of what’s brewing in responsible IoT and empowering tech around the world? (Hint: very cool.) So we’ll try a little experiment: A monthly newsletter with curated recommendations from our extended network.

It was so great to see the community gathered in Amsterdam. And that community is growing! We’re also working on making it even easier to run local events by setting up a Github repository and some other supporting structures. We came out of the event with potentially several more local ThingsCon events in new places. As of today, it looks like ThingsCon events in 2017 will be happening (among others!) in Amsterdam, Berlin, Cologne, Copenhagen, Darmstadt, London, Los Angeles, Las Vegas, Milan, Shanghai, Shenzhen and, quite possibly, many other places! As always, thingscon.com/events is the place for up-to-date information.

Many things are still up in the air, but it looks like the heavyweights among these events are most likely going to be Amsterdam (Dec), Shenzhen (April), and London (June).