So what happened in 2016? Let’s have a look back: Part work, part personal. Enjoy.

I’m not going to lie: Globally and politically, 2016 was a messy year: Not cool. Political institutions and alliances have been crumbling, there’s been upheaval around the world, and populists have gained ground. I don’t see any big utopian visions, and any larger narratives with a positive angle. Yet, we need shared visions and utopian models more than ever. Also, this isn’t a time to stay quiet, or passive. We’re all needed to make sense of the world, and to improve it in the ways we can.

That said, for me it was personally a very good, interesting, engaged year. I learned a lot, met plenty of old & new friends, got to see many fantastic and fascinating places. Things were happening, lots of them, continuously. Looking back at it now it was a crazy-productive year. (So much so that I had to go through my monthnotes not to forget anything.)

2015 was for building things on top of those foundations, for growth and new collaborations. My work this year has also been totally and entirely dominated by the theme of connectedness: Internet of things, connected cities / homes / services.

The focus on connectedness and IoT continued. Beyond that, even in hindsight 2016 didn’t have one theme as such, but rather a few in parallel:

In Scotland, trying to build a more open, responsible internet of things with people from all over the world. Ironically, this happened during the Brexit vote. Nothing could sum up my personal 2016 better than this: Global upheaval around us, but I’m with a group of optimistic, ambitious, and capable folks who work towards positive change

Overall, mostly a good year for friends and family, if not without issues. There was some serious illness in the family, and several friends lost family members. Friends have been very personally affected by the global political situation, by Brexit and US elections. On the upside, there were also several babies born, all healthy & adorable, and more are on the way. My dad turned 75 and celebrated with a big feast. My mom retired at long last, and seems to be very happy indeed. We’ve been by and large very healthy and have no reasons to complain.

2016 was a massive travel year. Here’s a breakdown of my travel according to Tripit. (Did I mention I miss Dopplr? Sigh.) 21 trips in 12 countries making for a total of 152 days. That’s about 5 months on the road (including working remotely but stationary, as it were, and vacation time).

When I saw that number I was a little shocked myself, so I looked a little closer and noticed it needs some qualifiers. This number that Tripit outputs includes days with any travel activity during the day—i.e. a late evening flight to a client for a next-day workshop would show up as a full travel day here. It also includes vacation time as well as time worked from elsewhere (we got to spend a few weeks working from Lisbon with a few days of holidays attached) and the like. I love to travel, but it’s 5 months not spent at home. I like our home. 5 months away is too much. In 2017 I’ll try to curb this a little.

That said, I’m very, very grateful of the privilege of being able to go to places including (in 2016, in alphabetical order): China, England, Finland, Hungary, Italy, Mexico, Netherlands, Portugal, Scotland, Switzerland, and USA. 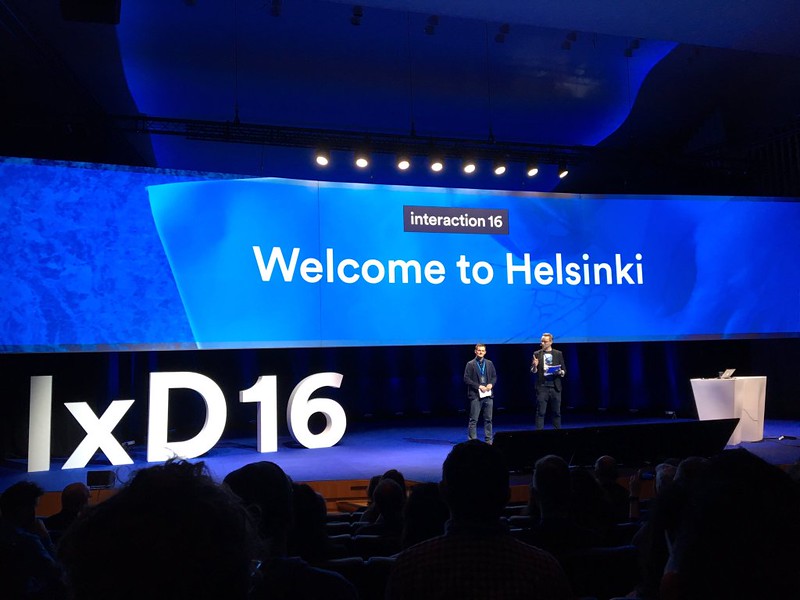 Opening Interaction16 conference in Helsinki with buddy Sami (Thanks to MJ Broadbent for the lovely photo!) 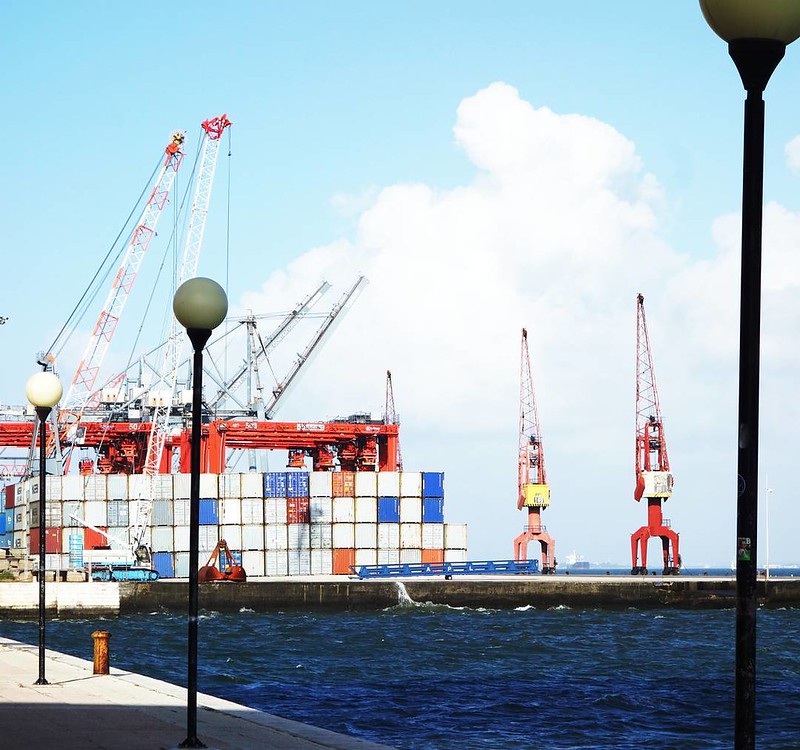 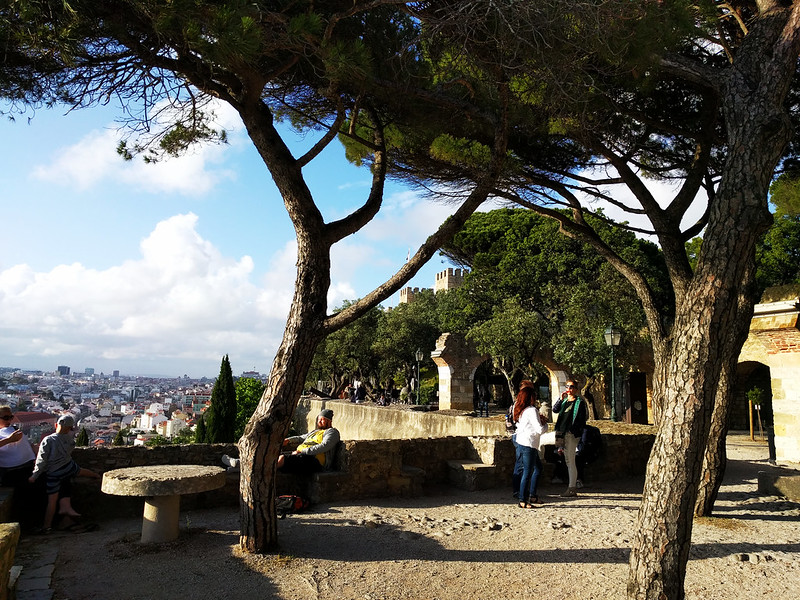 Old Lisbon with a view 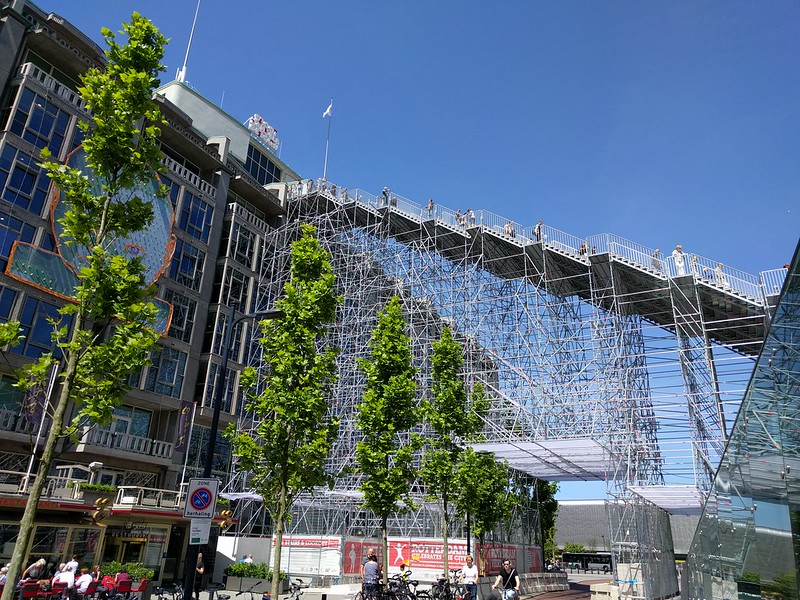 Rotterdam delivered thanks to our excellent host Marcel 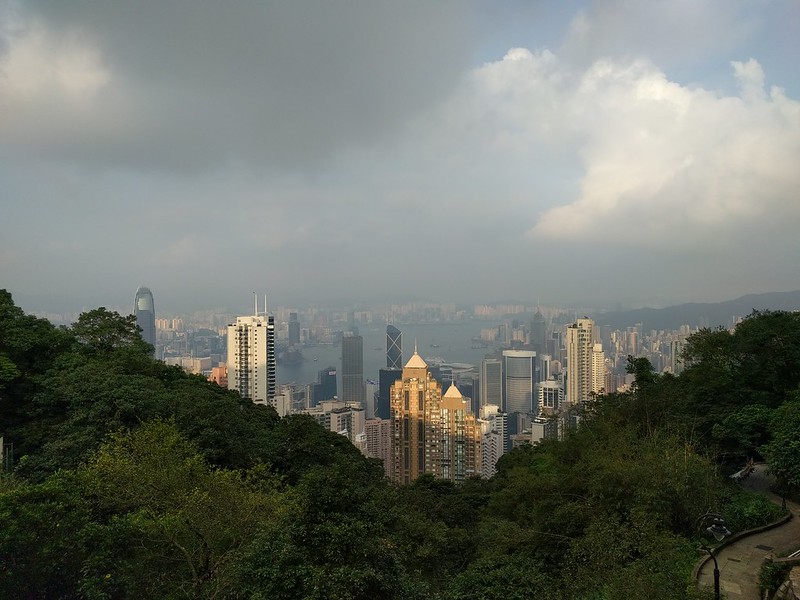 Hong Kong from above 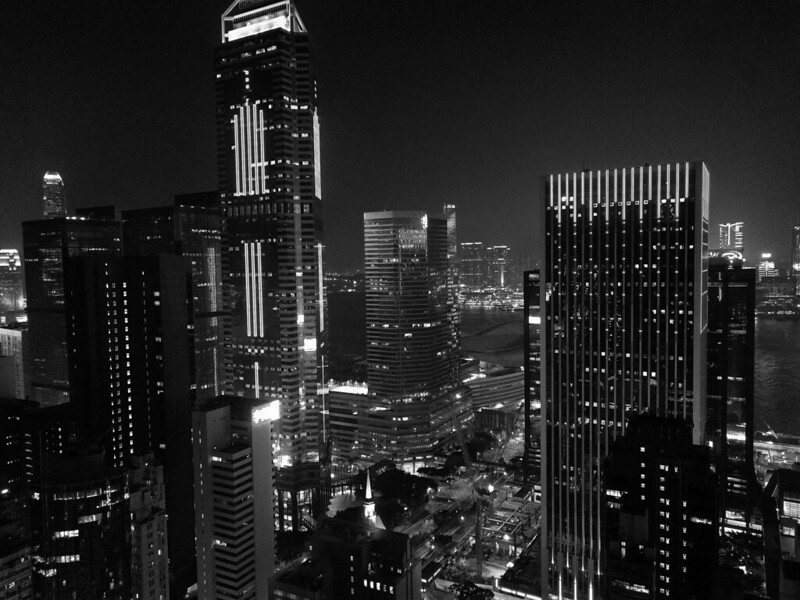 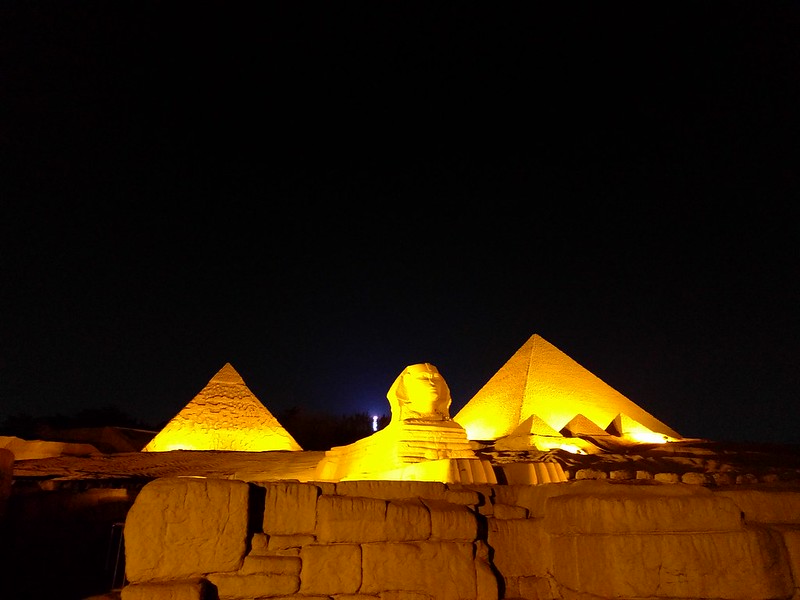 The pyramids not of Egypt, but of Shenzhen’s theme park "Window of the World"

Rode to a meeting in style, or at least in a black-and-gold golf cart 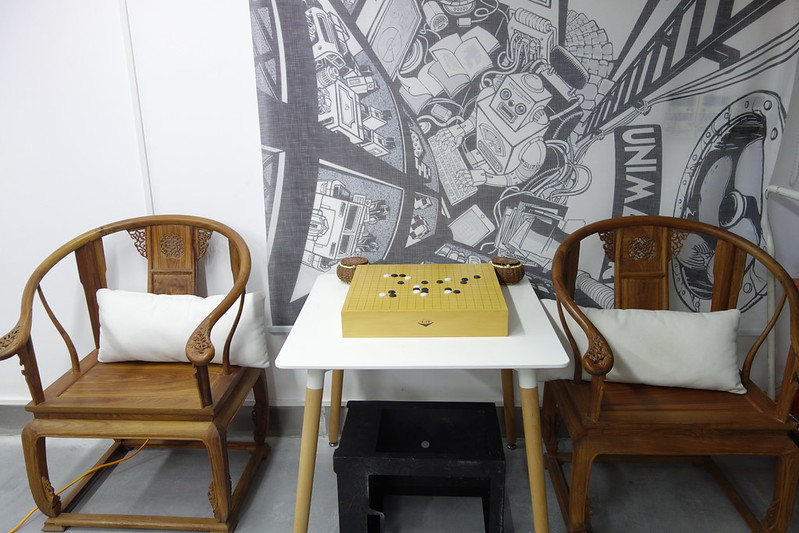 In Chinese maker spaces and labs, sometimes rather than foosball tables you’ll find GO instead

Huaqiangbei electronics market in Shenzhen, where the components for building the future are sold retail 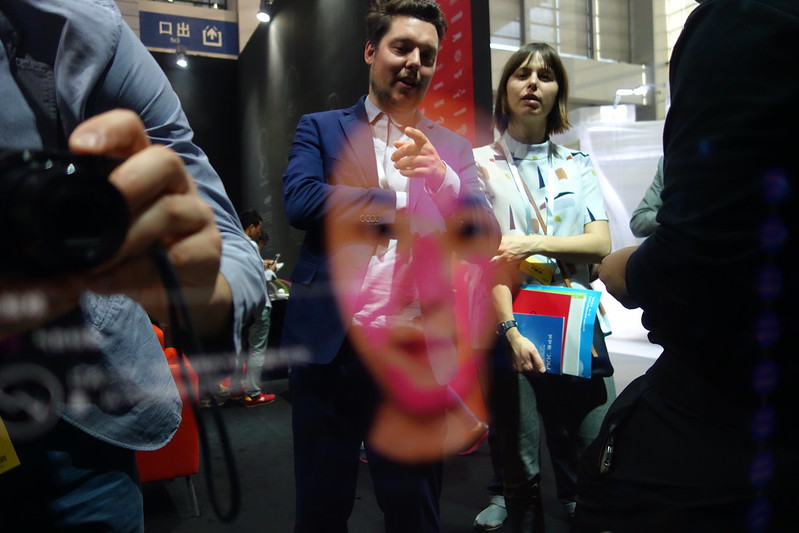 Looking at the future in Shenzhen with Marcel, Michelle, and a smart mirror

Purely anecdotally, this means I got to experience some historic landmark moments in places I’ll most certainly remember for the rest of my life: I saw the Brexit vote results come in while in Scotland with a group of 30 people from all over the world, and after having joined our local host at the voting station in the morning before. And the US presidential election results? We were on a mini bus in Shenzhen on our way to visit an injection molding factory—our local company sleeping post-lunch as is the custom, the internationals’ eyes glued to the ever-refreshing screens of our phones—when the last states switched to red and I saw the Google election result tracking page switch to [he who shall not be named] "won the presidency".

There was a pretty broad range of things I got to do this year, which I highly enjoy. Most of them touched in one way or another on IoT or connectivity and its impact, but in a huge range of roles and types of input from strategy to research to policy to curation. To mentioned just a few things and projects I was involved in:

Co-chaired IxDA’s Interaction16 conference with Sami Niemelä (which had my mind spinning for months before and after), wrote a research report and policy recommendations for smart cities for the German government, advised on IoT policy for a large tech company, helped run a corporate dev event, looked into innovation networks in Africa, supported a design process workshop, helped build connections between corporates & startups, co-hosted another Ignite Berlin with my lovely collaborator Yasmina, was a reviewer for the Open Data Incubator Europe and on the first jury for Prototype Fund.

I gave talks for the German-Japanese Leadership Forum, at Retune Festival, Mozfest and various ThingsCon events. Also, some interviews and I wrote a bunch of things including an ebook with Michelle Thorne (Understanding the Connected Home), co-published a magazine (Dearsouvenir), and even was named a "Top 100 influencer in IoT" by Postscapes (thanks again!).

With Alexandra Deschamps-Sonsino I got to dig deeper into what home living could and should be like in the 21st century (The Good Home) and exhibited at the V&A and Digital Design Weekend, Milan Design Week, and other places. With a whole group of folks who care deeply about a human-centric IoT we went to Shenzhen to view the source and understand how electronics are made, and how we might be able to make them more responsibly.

ThingsCon has been transforming and growing (maybe growing up, even?) at a tremendous speed. With 20 local events in 2016 and plenty more to come next year this community is on a strong growth path. Additionally to events we’ve also been laying the foundations for doing more research, publications, and advocacy: Whatever it takes to foster the creation of a human-centric & responsible IoT.

A quick look at internal numbers shows that interestingly, the spread of projects and revenue was more international than it’s been mostly in the past. For (I think) first time the majority of revenue came from outside Germany. I really like the idea of a larger spread, and it reflects how I always take an international approach in the way I work. (Still, in prior years mostly the majority of revenue came from within Germany.) Also, it most certainly reflects the amount of travel I did in 2016, so there’s that.

There was one total outlier in this year’s work: We made pants (or for our UK friends: trousers) under the label Zephyr Berlin. Physical pants. We ran a Kickstarter (successfully), and ran a small batch production for 100 pairs of pants that look great and travel really, really well. The "we" includes two collaborators: Michelle and Cecilia, a Berlin-based Swedish fashion designer & software developer. Between the three of us we did the whole thing, all the way up to manufacturing, which was handled by a local production studio. (Q: Is that what a seamstresses & seamsters company is correctly called?) 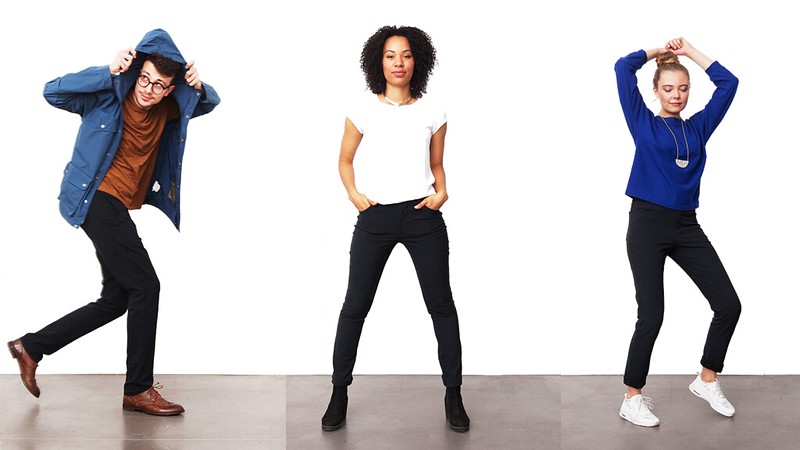 Zephyr Berlin makes pants that look great, travel great, and are made to last, locally and fair in Germany 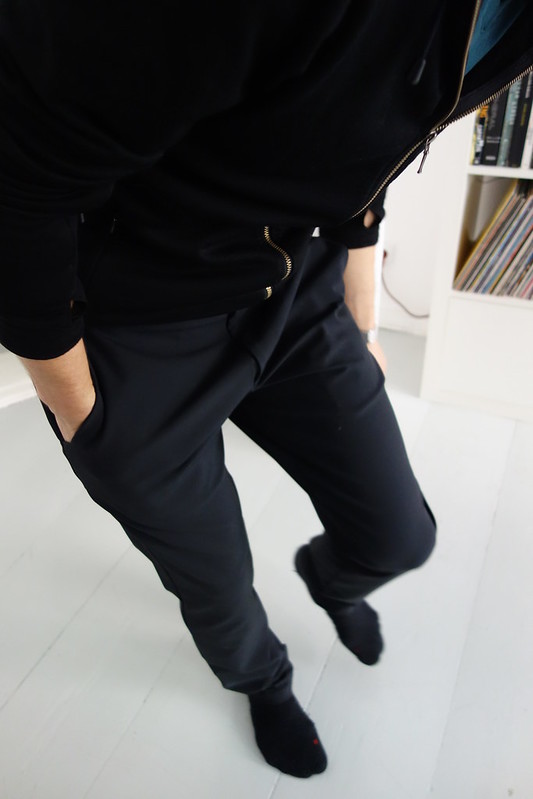 Trying on the final prototype

It was a lot of fun to develop the concept, make a Kickstarter video, go through the full Kickstarter experience, and ship these pants. Maybe more importantly, it was also a fantastic learning experience to ship a physical product. We might or might not continue this adventure; that depends on how the feedback of this first production batch turns out. (At the time of writing, they haven’t made it to their future owners.)

When I started to type this sentence I wanted to write: "Not many conferences this year." On reflection that seems very wrong: With Interaction16 there was at least one major conference I helped run in a central role, if very early in the year; and on a more lightweight approach I also supported Bosch running a dev event. Ignite Berlin happened. That said, not having run a big ThingsCon event in Berlin in 2016 took a huge chunk of work off my desk and allowed me to focus on building foundations for the global ThingsCon network. So 2016 felt a lot less conference-y than prior years even though there was tons of involvement in events. I think I like this mode of operation better.

Firsts & some things I learned along the way

Climbed into a secret fountain cave in Sintra. Visited the most south-western point of continental Europe. Helped make 100 pairs of pants. Exhibited at Fuori Salone and Digital Design Week. Worked for the federal government. (Just realized that being an intern at the German Embassy in Washington, DC, over a decade ago, was the first time.) Crashed through the (actual physical, not the virtual) wooden suspension bridge in an immersive VR experience in Shenzhen. Spun off a company from TWC. Held a plastic bottle full of stainless steel—in powder form—in my hand. Saw stage diving during karaoke in Helsinki. Ate a traditional Finnish meal called Vorsmack. Bouldered on an augmented reality climbing wall. Helped build Privacy Machines. Ran a Kickstarter. Went to Shenzhen and Shanghai for the first time.

Learned a lot about policy, as well about performance fabric and functional fashion. Was reminded that a good deal of getting something off the ground is sticking with it and to keep going. As a friend once put it: You sow the seeds, and later you harvest. 2016 was a great reminder that these seeds of the last few years have not been seeded in vain, and that great things can unfold if you give them the time to.

2017 is all about doing just that: Giving things the time to unfold their potential. Improving on existing structures and build new ones. To keep up existing collaborations and take them to the next level.

Concretely, I hope to dig deeper into policy, strategy, and R&D in my client work; to see ThingsCon realize its full potential; to do a lot of writing. Also, I’m already feeling the itch to produce another batch of pants or so through Zephyr Berlin.

For now, I hope you get to relax and enjoy the holidays!