We’re organizing Things, an independent two day event about the future of hardware and the hardware business. This is why, and what we’re planning.

Why ThingsCon? Why now?

Over the last few years, we’ve been seeing three trends — or rather, narratives — emerge.

1. Hardware and software are increasingly merging

Hardware and software are merging, and in many ways becoming more similar. This goes by many different names, all strongly related and with only slightly different focus. To name just a few: Internet of Things (IoT), connected devices, post-digital, smart things, machine-to-machine (M2M), physical web. (There are many more names.)

No matter which terminology you prefer, what we see is the culmination of a number of developments that lead to devices of all sorts being connected to the internet.

That kind of changes everything: Devices can communicate, so they produce data that can trigger actions beyond said devices. Devices can respond to external triggers. They stop existing as a discreet unit and rather become part of a larger system, an ecosystem, a responsive environment.

It also means that product design becomes a whole different beast. Now a device isn’t “done” once it leaves the factory, rather it can be updated like software (because it is part software), it evolves over time. We need to rethink obsolescence, maintenance, compatibility over time. Once connected, devices — more than ever — have implications for privacy, security and data ownership (see the Declaration of the Open Internet of Things Assembly).

Once devices are connected, it means they become more responsive, maybe even context-aware. The same goes for environments, like your city, once a layer of data covers the world.

All this is somewhat vague as terminology, understanding and ethics aren’t fully matured in this space yet – in fact the space itself isn’t fully defined as of yet, as lines are blurry. Yet, we see lots happening there, and the impact can be felt already – only, as so often, this particular part of the future isn’t equally distributed yet.

An example of how connectedness changes everyday objects: The GoodNightLamp, a family of connected lamps.

Related, yet a distinctly different thread, is the emergence of new manufacture, or what’s often referred to as 3D printing and related technologies. (Here, the terminology is much more clearly defined, but in the mainstream discourse mostly turns up referred to as something like “3D printing and stuff”.) Additive and substractive production methods, rapid prototyping, open hardware all have reached a point of maturity where capacities once reserved to big industry is more or less in the hands of individuals that a few years ago wouldn’t have been able to access it.

As a simple example, think of 3D printing. The automotive industry has long been using additive manufacturing (laser sintering, etc.) for rapid prototyping of their models. Dental clinics are printing a good chunk of their dental replacements these days. Architects have been 3D printing and laser cutting models for ages.

Yet, only over the last few years amateurs (in the sense of “non-professional, interested individuals”) and tinkerers have gotten their hands on similar tech. Starting out in the hacker and DIY scene, these production capabilities are entering the mainstream. Not mom-and-pop stores just yet, but almost certainly in every major city you’ll find a maker space that lets you use a printer should you need it. And with more patents expiring every month, we see the field maturing to a point where the production quality gets very close to industrial grade manufacturing, and prices drop to allow for a wide range of new products, services and business models. 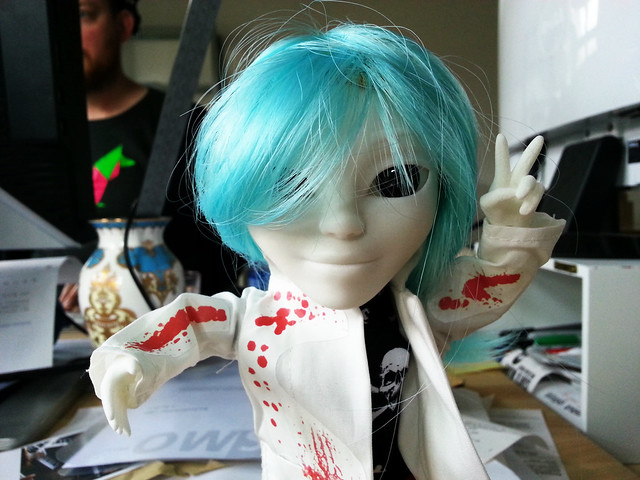 Makies are dolls, made possible through custom, on-demand 3D printing.

These trends lead to a whole new emerging ecosystem of startups, entrepreneurs, ideas, services around the globe. But it’s still early days. So far, the most promising hubs include San Francisco, New York, London and a few others.

I believe that Berlin is in an excellent position to establish itself as a leading hub for the new hardware business. The city’s emerging startup ecosystem, its strong hacker and DIY culture, relatively low cost of living that allows for experimentation, and Germany’s strong tradition in industrial production means Berlin should be capable of enabling a new crop of entrepreneurs to take their ideas from prototype to business, at scale. A number of policies and initiatives aimed at fostering innovation and the connections between industry (Germany’s famous Mittelstand) and the entrepreneurial scene certainly won’t hurt.

This isn’t about competing with other cities — it’s about realizing Berlin’s huge potential. 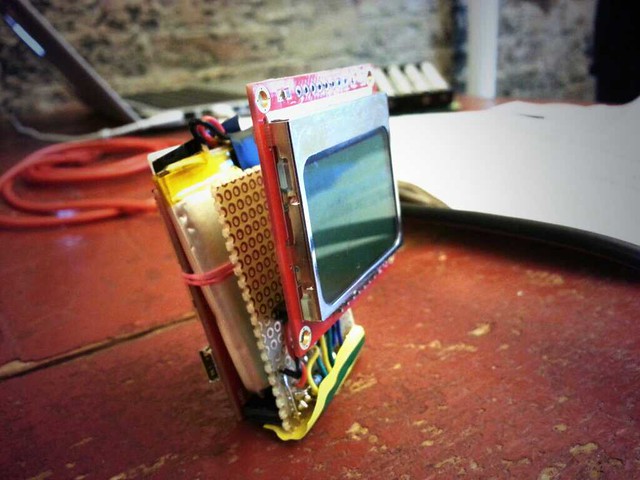 ThingsCon is where these three narratives connect

We put together Things because we think it’s important to interweave the three narratives laid out above — it’s where they culminate in a concrete time and space. Because it’s exchanging ideas and fostering lasting relationships — in other words, building a community — that in my experience helps more than any big initiative. Peer exchange, learning from each other, helping each other — and knowing who to call when you hit a wall of some sorts — is incredibly valuable.

We believe that Things can help with that, and provide the kind of space for these kinds of connection to be built. So let’s get this done together!

So what are we planning to do concretely?

Primarily, we aim build an awesome event for exchange, learning, networking. A space to connect and foster lasting relationships. To learn from others who’ve been there, done that. To learn how to best get from prototype to designing for scaling, to building a business. Hosted in Berlin, but with an international focus, the focus is on building connections between Berlin and not just the rest of Germany, but all of Europe (and beyond, wherever possible). We’ll get the most interesting folks from all over Europe together in Berlin, put them in a room, shake it up thoroughly, and surely some amazing things will emerge. 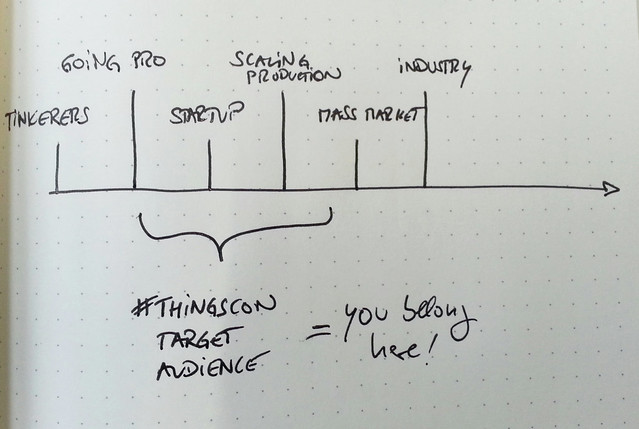 Sketch: Our mental model of who ThingsCon is for.

Leading up to Things, we’re currently planning a road trip where we take a number of entrepreneurs, innovators, tinkerers, startups and what have you to meet more of the Mittelstand, to visit production facilities and industry representatives and researchers. By fostering that dialog, we believe we can help create lasting relationships and lots of value as both sides can help each other and learn from each other. And, of course, do business together.

Third, we’ll announce Hardware Day Berlin. Think of it as a flag in the ground for other events to gather around and turn Berlin into a hardware hub for the day, with lots of workshops, meetups, events of all kinds. Hardware Day Berlin will (most likely) take place on 2 May 2014, the first of two days of ThingsCon.

If you’re interested in attending, stay tuned for updates here, on Twitter and sign up for our newsletter. If you’d like to get involved in some role (as a sponsor, by organizing an event on Hardware Day, as a speaker, or as a partner for our IoT-meets-Mittelstand road trip), or if you just want to learn more, please ping us.

Thank you and see you soon at Things!