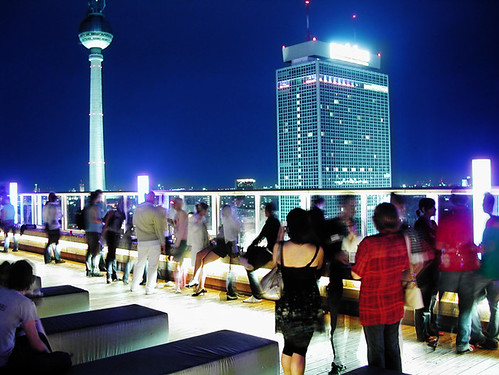 1) There’s more and more agencies specializing on Social Media. Over are the days where one ad agency covers all web needs. The agencies are going niche, which is mostly a good thing, I think. There might be a consolidation at some point in the future, but for the time being we’re (hopefully) going to see some more specialized agencies, or at least dedicated units.

2) Some feedback I’ve been getting is that said agencies get in touch also because of the simple fact that I blog in English, i.e. I’m accessible. I never expected to be such an important factor, but it is. The German internet scene (or rather, the whole country, to some degree) operates mostly in German. Not too odd, obviously, but still something to keep in mind when entering the market.

3) Interest in the German online market is increasing. It seems like there’s a strong trend, but that may be my skewed perception. The problem for particularly American companies and agencies: Europe is perceived overseas as one market, but within Europe it’s perceived as a large cluster of individual markets. (European countries do operate within a certain European framework, but culturally and most of all language-wise every country needs to be addressed separately. I know that at least Nicole Simon will agree with me on this one.)

It’s the last point that leads to some trouble – the German online market, particularly the blogosphere, can be a bit tricky at times. There’s no way you can just waltz in an push your content at bloggers and get away with it. You need to invest time and effort to build connections to bloggers. (Same should be obvious for bloggers world-wide, obviously. But trust me, Germany can be particularly tricky, and I know a number of you have made similar experiences here.)

Yesterday I emailed a few times with Monique Elwell over at U.S.-based Social Media agency Conversify, who seem to get it right. There’s a few brief thoughts I shared with Monique that I’d like to share with all agencies and companies thinking about tackling Germany, copied & pasted straight from my email:

Of course that’s not to say that you shouldn’t touch the German market. Quite the contrary! Just do it right. Take the necessary time (I know it’s hard, working on a tough deadline), and build lasting relationships. Get someone on the ground to cooperate, and give them the freedom and autonomy to adapt your client’s message to fit the community. Don’t assume that you can jump a cultural gap without any friction. I’m sure you preach the same thing to your clients for your home markets.

Great read, I second every point.

Really like this post. Having worked in Europe for 20 years, I know how important it is to look at each market as a unique entitiy with itw own discrete needs. This hasn’t always been easy for some of my American clients.. Best Susan

Thanks for your feedback! Susan, so did you find a magic trick for convincing American clients? ;)

Good post, and I agree with all points – although I’d nitpick and say on point two that within Europe it isn’t just PERCEIVED as a cluster of individual markets but that it simply IS. The false perception is all on the behalf of the external markets.

I blog in Germany (and actually about Germany in some places), but am in no way a German blogger because I write in English. The number of German twitterers who follow me for three days and then unfollow me again… well it encourages me to get my written German up to scratch enough to blog in their language as well. Although I’m still not sure it will earn me enough kudos to learn the secret handshake.

DrJ, great point ;) The German scene can be somewhat exclusive at times. Which makes it hard both for German bloggers to be recognized anywhere outside Germany, and for the whole world to get a foot into Germany, or even get an overview over what’s being discussed here. (Bad!) So what’s the solution? This is something that we’ll need to figure out in the long run…

Is there a solution at all?

The division between the American/International blogo-socialnetworko-twittero-web-sphere-tube and the German (or Spanish, French, Japanese) one is language. Unless we become a monolinguistic planet this particular border to entering the “inner circle” will remain. Either German bloggers would have to write in English; international bloggers have to read and write in German; or there has to be some fantastic translation software built into every site/RSS aggregator/comment thread which allow you to read any post in your langauge and respond in your own (which they then see in theirs).

Thank you very much for your gracious comments. I’m currently at SXSWi in Austin, TX and have just met Nicole Simon in person for the first time. Hopefully, I will meet you soon. My old stomping ground was NYC. I hope you enjoy it as much as I have enjoyed Berlin.

As to your comments on the specialization of agencies, it’s not so much that agencies here in the U.S. are moving toward specialization, it’s just that very few understand social media. I would also argue that 3/4 of those agencies that say they offer SM, don’t really have enough experience to do so. (The agencies doing it badly are actually what I consider to be my real competition as they sour the client for future business.)

Right now most agencies are on hiring freezes due to the economy. So, even if they wanted to offer SM as a service, they won’t. And for those that aren’t on a hiring freeze, they simply can’t find anyone with more than a year’s experience.

Once the economy turns around and SM gains a tract record, this will change and you’ll start to see some acquisitions occur. Until then, there will be many more small nible SM agencies.

If you’re ever in Denver, Colorado, please look me up. I will give you a big Wild West Welcome. :-)