It can help to break it down into fields; they’re verticals of sort, but not quite: More like contexts in which IoT manifests. I like to think of them as arenas of IoT: 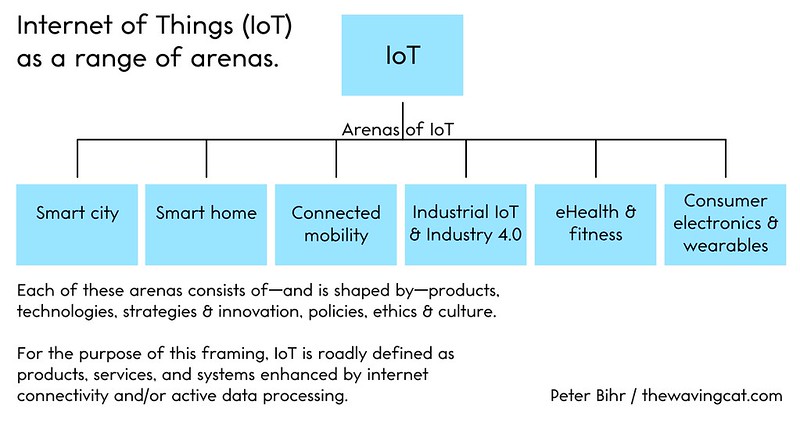 Every arena is where IoT is applied and manifested. Some conversations cut across arenas, but in many cases it helps to specify which part—which arena—to consider.

Update: This is a different, maybe slightly more accurate and appealing visualization: 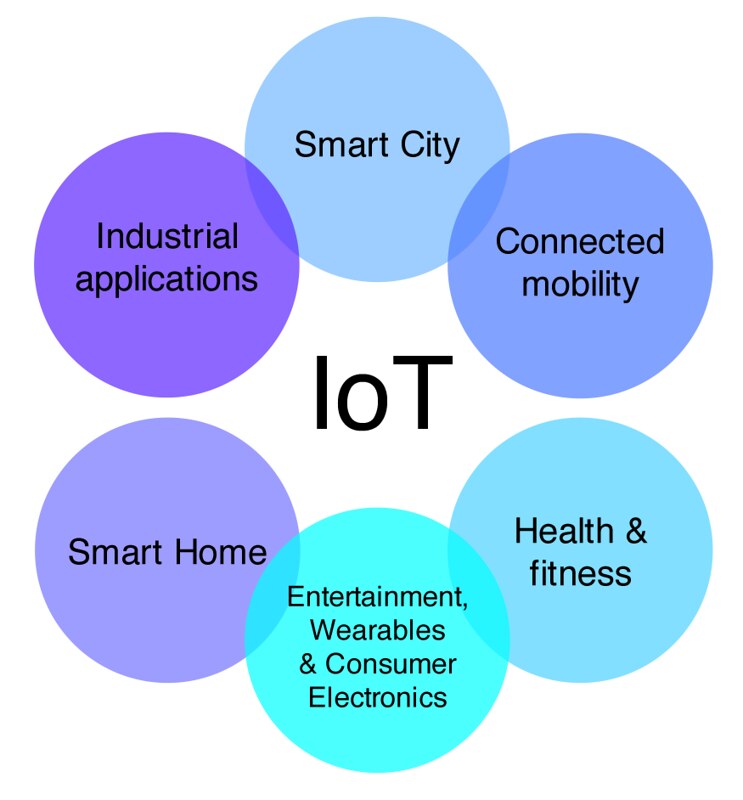 Hopefully this little graphic can help.