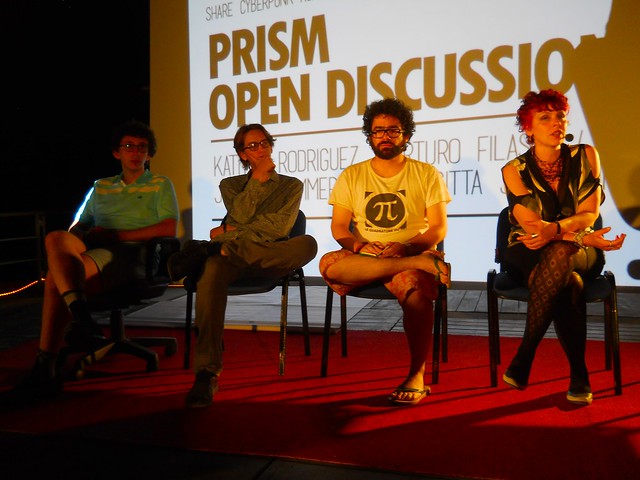 A crypto kiddie with a knack for picking unfortunate metaphors; a nervous leak platform provider; a French net activist; and a Pirate Party member of EU parliament from Iceland.

What connects the four? They were all part of a panel at Share Conference/Republika on Tito’s ship Galeb in Rijeka, Croatia, discussing the implications of government surveillance.

Boy, what a discussion. It ranged from brilliant into bizarre tin foil hat territory and back several times over. Most noteworthy, though, was this: The discussion ended with the unveiling of Share Defense, a new policy think tank:

SHARE Defense is a part of Share Foundation established with a goal to fight for the public’s interest in every critical battle affecting digital rights within the fields of privacy, free speech, government transparency and efficiency, surveillance and human rights and to promote the positive values of openness, decentralization, and free access to the exchange of knowledge, information and technology. In long term our goal is to fight to obtain sustainability of free and decentralized Internet and implement standards of human rights in digital environment.
Blending the expertise of lawyers, policy analysts, activists, artists, and technologists, SHARE Defense protects the rights of Internet citizens within its mission to stop the oppression, censorship and surveillance of future generations. As a policy think-tank, SHARE Defense is conducting research and proposing new policy approaches to the issues in intersection of law and technology. As a watchdog organization, SHARE Defense, through analysis of proposed and current regulations and laws as well as practice, critically monitors the activities of governments and provides policy support to any social, technological and regulatory change that could affect our digital rights and liberties. As a legal team, SHARE Defense is conducting strategic litigation in order to defend powerless Internet users, online media and entrepreneurs with a goal to improve legal practise, expand application of existing human rights standards and establish legal certainty and predictability in digital environment.

Share Defense already has a first publication out, too, together with the EFF: A visualization of Google’s transparency report. 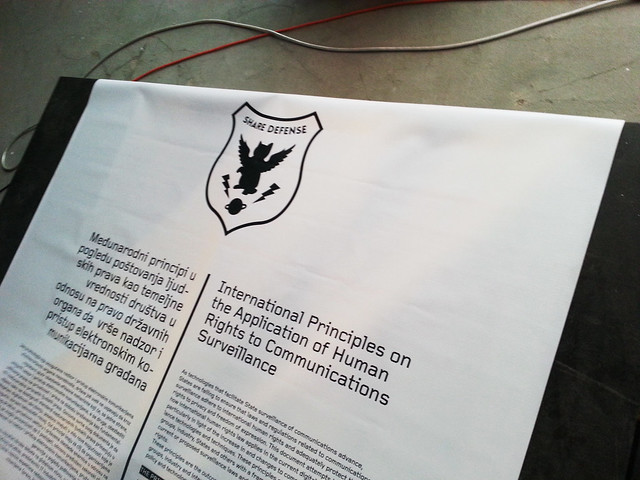 It sure is an interesting time in the evolution of civil rights in the digital sphere and at the intersection of the digital and physical spheres.

Personally, I like the approach that EFF and Share Defense choose, too: To lawyer up and fight for legal protection rather than by trying to out-crypto government snooping of dubious legality.

For one, we can never expect the majority of the population to become great cryptographers. But more importantly, citizens should not have to try to defend themselves against governments except in moments of state crisis – rather governments exist to protect the citizens they represent and who they are elected by. For a sustainable defense of civil rights, a legal approach seems to me to be the most promising.

So as for the four misfits mentioned above? Bruce Sterling summed it up nicely:

A spy apparatus that can’t officially exist being attacked by people who can’t possibly be for real.

They can’t possibly be for real, but they’re lawyering up and institutionalizing like there’s no tomorrow.