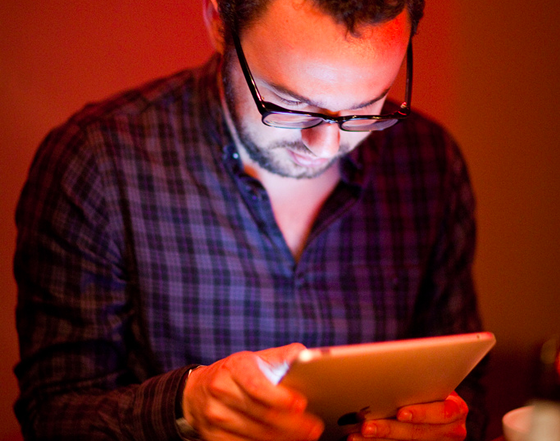 I’m a big fan of Wired. I read it online all the time, I used to have a Wired US subscription (that didn’t work out that well both in terms of shipping times and price, at about 10 times US subscription prices with shipping). These days, I have a subscription to Wired UK that I’m very happy with. So I was really curious about the next steps for the digital version of Wired. The iPad app promised to be just that. So while my Twitter feed starts filling up with posts about the first batch of iPads arriving in Germany, I took the time to read up a bit.

And ended up writing a rant on the iPad’s product philosophy. Please note that I don’t own an iPad, I’ve only ever played around with one on a few occasions.

Interfacelab has a great rant analysis of the much-hyped Wired iPad app. The Wired app doesn’t get the best review here. I’d like to quote the whole thing, it’s that good. But I’ll try to stick to the most important parts:

I’m starting to believe that the physical magazine’s “interface” is vastly superior to it’s iPad cousin. However, what strikes me most about the Wired app is how amazingly similar it is to a multimedia CD-ROM from the 1990’s. This is not a compliment and actually turns out to be a fairly large problem… ( …) There are certain interactive elements to the articles, but – and I apologize to all of the people who put in a lot of back breaking work into this – they’re pretty lame. Tapping on a button-looking element switches out part of the page with another image. You can drag your finger across certain images to make them sort of animate like a flipbook (and in truth, that’s what it is – a series of PNG or JPEG images). There are videos you can tap on to view fullscreen. There are audio clips that you can play. The interactivity in the Wired application is very 1990’s.

This is very true – I’m told the whole magazine doesn’t only not feel all that interactive: it just isn’t. It’s just a slide show. Which explains the huge size of the Wired app. Just to do some quick & dirty math: If you own the smallest iPad with its 16GB of memory and pack it with 20 movies (say 500MB each) and 10 magazines (Wired: 500MB), it’s full. You couldn’t even fit any music on then. Just saying.

A side note: The iPad’s main line of defense usually is it’s supposedly inspiring and groundbreaking design. But look at it – is it really that amazing? As Cory Doctorow points out (TWIT #249), it’s really only a “moderately well-assembled piece of south-Chinese electronics.” It’s a classic effect of glossy, fullscreen video that we go “aaaah, ooooh”, but does it really live up to the expectations?

What Apple is building is not an ecosystem, but a zoo

What’s more, of course, is that the iPad is built to be a part of the iTunes ecosystem – if you want to use that term in this context. An ecosystem is a living, breathing thing that can sustain itself; it’s has by definition an element of chaos, of not being controlled. The iTunes system is the opposite. The more appropriate metaphor might thus be: a zoo. You can look, but you can’t touch. (Ok, you can point.) You certainly can’t really interact with the animals except for shooing them back and forth within their cages.

If you buy an iPad, you don’t really buy a device. You most importantly buy into a system of software, services and contracts. The iPad is built around iTunes, which most certainly is an only moderately well-assembled piece of software. You must know, buying content through iTunes, that you will never be able to leave iTunes/Apple and take the stuff you bought with you. You will either always have to depend on Apple, or you will need to leave behind whatever you bought – every song, every book, the Wired app – if you move on to the next new system. Apple won’t be around forever. But maybe you appreciate a fresh, clean plate every now and then.

Maybe you also like burning down your house with all your belongings in them whenever you move.

The points above apply, by the way, equally to consumers and developers.

I see the iPad as a Bizarro Trojan Horse. Instead of importing soldiers into the kingdom to break down its walls, in this horse, we, the people, are stuffed inside and wheeled into the old walls; the gate is shut and we’re welcomed back into the kingdom of controlling media that we left almost a generation ago.

The question is: Can large corporations compete with amateurs?

So what’s at the core of all this this? Why do these “multimedia” (is that term still around?) apps feel so… stale? Maybe economics, pure and simple. As Danny O’Brien points out, technology often makes production of digital goods much cheaper – for amateurs. At the same time, production costs for professional products often skyrockets:

But can you re-gear a newspaper or a publishing house to produce the level of interactive complexity that a $5 app is going to demand, when it is competing with games and films in the same app niche? Honestly, it might be possible. We’re not in the age of CD-ROMs now. Our price-points are all over the shop, and a sealed environment like the iPad permits all kinds of unnatural pricing inversions. We’ll pay more for a ringtone than a full MP3. We pay $10 for a README file on our Amazon Kindle, and a dollar for a pocket application that plays farts. But if you want to play that game, you’re running against the clock. Other applications are going to make yours look ridiculously clumsy in a matter of months (honestly, in a year people will be amazed anyone paid $14 for a bunch of text, a rotating picture of a rock, and a quick Wolfram Alpha search). Plus the seals on that environment get corroded by open competition every day.

The announcement by One Laptop Per Child (OLPC) to be building a $75 Android-powered tablet for developing countries might just be a point in case. (Their first model wasn’t all that great and not very successful, but arguably has contributed strongly to the mainstream development of netbooks.)

So why does everybody (or rather: journalists) look so enviously at the iPad? Is it really the big hope, or are journalists (sorry for the generalization) really just too desperate to think clearly? In Cory Doctorow‘s words:

I think that the press has been all over the iPad because Apple puts on a good show, and because everyone in journalism-land is looking for a daddy figure who’ll promise them that their audience will go back to paying for their stuff. The reason people have stopped paying for a lot of “content” isn’t just that they can get it for free, though: it’s that they can get lots of competing stuff for free, too. The open platform has allowed for an explosion of new material, some of it rough-hewn, some of it slick as the pros, most of it targetted more narrowly than the old media ever managed.

Or as the Information Architects put it, referring to the iPad edition of Wired:

The future of journalism is definitely not a stack of banners spiced with videos, exported from a paper layout program. You need to try harder.

Don’t get me wrong. By now I’m all infected with the excitement about the form factor of a tablet. I never thought I’d say it, but I do see a niche in my life where the tablet fits in. But it has to be more open. If I use a device to store all my content, if it is my direct way of accessing culture in all its forms, I have to really own it. And I’m not even talking about taking apart (I think it’s important that’s possible, but I hardly dare doing that) or installing Android on an iPhone. But I like a world where that is possible. I mean you should be able to install what you like, and take your music along to the next device you get.

I just can’t have a company being able to pull the plug on me with a software update anytime they choose to do so.

Image: Igor, who doesn’t like iPads the least bit, in the tempting glow of an iPad, a Creative Commons Attribution Share-Alike (2.0) image from mbiddulph’s photostream

A few points just for the sake of arguing: – I think your mixing up two points here. The Wired app being badly designed has nothing to do with the closed ecosystem of the app store. It’s just a case of unimaginative design. The popular sci+ mag which was designed by Berg & Bonnier makes a lot more sense on the iPad. – In the same way, the question of what level of interacting with an app is possible is mainly a question of what the developer builds into the app. – So I think it is important to keep a certain distinction between the two issues of Apple’s firm grip on the approval process for the app store and the wish of the publishing industry to produce closed systems to make more money.

Disclaimer: I’m writing this comment on my iPad ;-) – Not being able to take my apps with me when switching systems is not really a strong argument as it is the same with any other system. I can’t take my Mac programs and run it on a Windows system etc.

Full ack to your first points; I should have separated both points more firmly. I’ll go with the “organically grown” argument here ;) Yes, what apps can do depends on the designers/coders (to some degree, and if what they imagine fits the App Store approval process, which is quite a caveat). And

The switching systems, though, is a very strong argument on my book: You can’t take your apps from Mac and Windows or vice versa, but you can take them to PCs from different brands. What’s more important, though, is that you can take your content (music, video etc) with you between systems. Not so if you buy stuff in iTunes, or can you take your stuff along by now?

To my knowledge, all music from iTunes is DRM-free by now. You can have the rest (tv shows & movies) on at least five computers at once.

5 computers, but still only through iTunes, no?