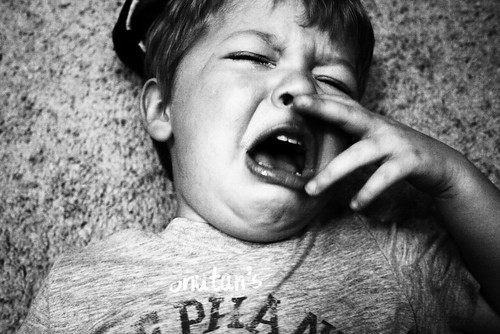 Publishers are throwing a tantrum

International publishers [list of names, PDF] recently signed the Hamburg Declaration (full text PDF, summary), a ridiculous, whiny document stating that content may not be freely available on the internet through the likes of Google News.

It’s rather sad, really, as it shows so clearly just how badly prepared these publishers are for the migration to the digital world. Frankly, reading it, I initially had the creeping suspicion that most supporters hadn’t really read the declaration before signing it. It’s a prime example of self-pity and group think.

Universal access to websites does not necessarily mean access at no cost. We disagree with those who maintain that freedom of information is only established when everything is available at no cost. Universal access to our services should be available, but going forward we no longer wish to be forced to give away property without having granted permission. We therefore welcome the growing resolve of federal and state governments all over the world to continue to support the protection of the rights of authors, publishers and broadcasters on the Internet.

In other words: We want to sell our stuff, or rather ads, to eyeballs. But only on our turf, not out there on the mean wide web where we can’t monetize directly. And everybody else who might also profit, should be sued. Furthermore, the bullies over at Google can’t just take it, they’re mean, too.

Never mind that search engines are the one bringing them the very eyeballs they need to sell ads in the first place. I wonder how many people go directly to their newspaper’s website? Not all that many, I bet.

Now, slapping them in the face, comes Google with the very simple, yet powerful answer: The publishers are free not to share their stuff online. In fact, excluding their website from being spidered by search engines is a matter of a few lines of code, as Google explains in their European Public Policy blog.

It’s really as simple as that: Don’t want to share your stuff online? Stop search engines indexing your website, or put your content behind a paywall, or at least a registration. But don’t come crying when in six months you realize that nobody reads your paper anymore.

This shows so clearly how badly publishers here handle the ongoing transitions. It’s not easy, that’s clear for everybody. Clay Shirky speculates if newspapers are even important for the future of journalism:

And guess what: He’s right. No complaining and no law suit will save newspapers or publishers. Go out there, embrace the web and experiment. Say goodbye to old habits. Is it going to be painful? Sure. But not as embarrassing as having to have lectures on basic web technology read out to you by the companies who are your only hope, while you’re trying to chase them away.

Update 23 July 2009: This text (in German) by Stefan Niggemeier is a must-read follow up: Hamburger Bankrott-Erklärung.