It’s too early for a final verdict, but I wanted to share some of my early impression of the Pebble watch while they’re still fresh. I got the watch about 24 hours ago.

For those not familiar with it, Pebble is a so-called smart watch (meaning it connects to a smartphone and, indirectly, to the web), with some built-in sensors and an e-ink display. It was crowdfunded via Kickstarter, where it received some USD10m or so in funding, and just now the first batch has been delivered to the backers. By now it can also be ordered online on getpebble.com, but it might take awhile for them to scale up production. 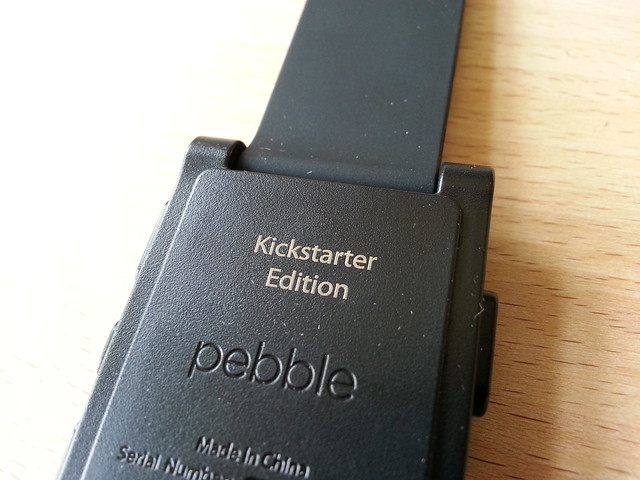 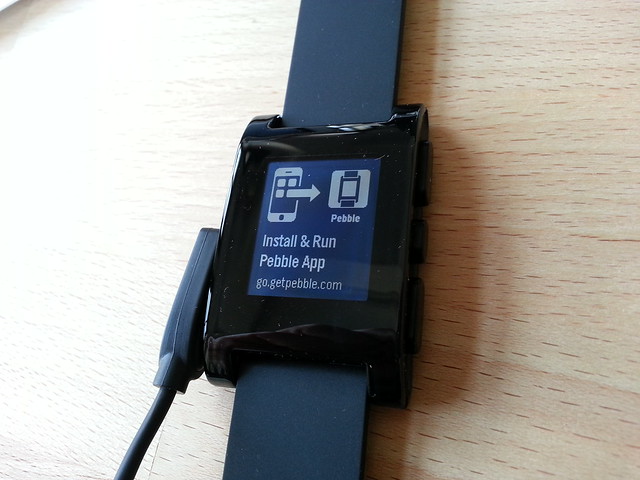 The big question of course is: How useful is it?

That’s the biggest question for me yet. I turned off all notifications except for calls, SMS and Whatsapp. So when the Pebble vibrates on my wrist, I know someone really wants to reach me.

So far, there aren’t many apps for the Pebble, but the developer kit has shipped by now, so I expect a bunch of apps coming out very soon. That’s really necessary. Right now, I can pause/play music from my watch and read (but not reply to) direct messages. And instead of reading text messages holding my phone in my left hand, I read them pressing a button on my watch with my right hand. That’s not enough.

But I have a hunch that once there are just one or two killer apps, I’ll happily wear it all the time. That is, as soon as I have a new, non-rubber strap on it.