Next12 is over, and it’s been intense and quite an experience. Feedback from speakers and audience alike has been positive as far as I can tell, but of course there’s always lots of stuff that can be done better. So first up, a shout out to the team both at SinnerSchrader and the crew on the ground: Great work! 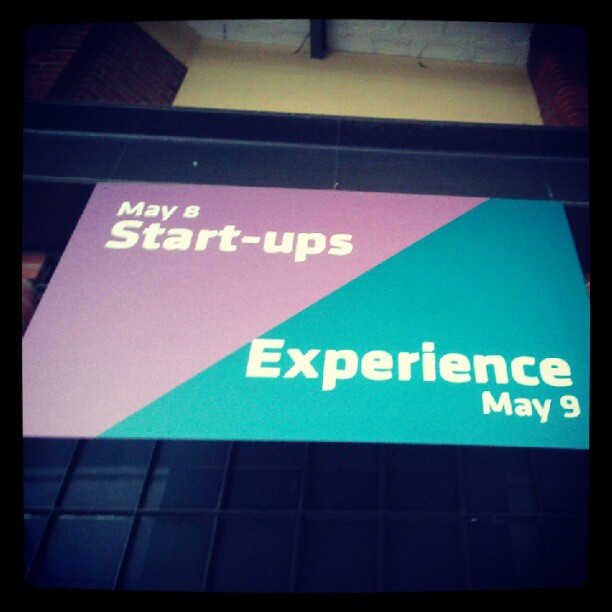 That said, let’s dig into some of the bigger questions that I’ve faced at pretty much all the events I’ve been involved with, ever.

What can I say? It’s true! And as a curator I’m as responsible as anyone, if not more so. If I say I’m aware of it and I try to get a diverse and gender-balanced lineup, you can only take my word for it. The fact that the panels aren’t gender-balanced still holds true, no matter what my intentions were. Whenever events I’m involved in I do try to get things as diverse as I can, and I can tell you: It’s not easy. At all. It’s not like there aren’t many smart and interesting women out there who could tell a great story. There are, of course there are, and I feel happy and honored that so many fantastic, smart, engaging women agreed to speak at Next12. But we were far from 50/50, and picking a speaker line up there’s a million aspects to consider. Among them: availability, experience, name recognition, willingness to speak, internal politics, sponsoring deals and last but not least: a good chunk of pure luck. Do I know the right person? Can they make it at that time?

I won’t name any names, and I’m writing this to my best recollection without going back and double checking the exact numbers. As far as I remember, three or four speakers (and a curator among them) dropped out because of health-related issues; two or three of them happened to be women who were awesome and considerate enough to propose a replacement, in at least two instances men. Several people had conflicting engagements and had to drop out (in this case, mostly men, some of whom made it eventually, some who we replaced on short notice). The list goes on. Please note that these are just some of the reasons I remember most vividly, and that no gender arguments should be made regarding the reasons for these cancellations! Let me repeat just to be clear: I’m not indicating that more women cancel due to health related issues, and I strongly recommend not to fall for some stupid argument like this – this just happened to be the stats in this very instance, no more.

In many other cases, the people on stage are on stage because they are considered experts in their fields, and in many instances this recognition as an expert is a function of being in a senior position. In a corporate context, this often means that the person has moved up a corporate career track, which statistically means significantly more men than women. Sadly, I’d like to add, for all the wrong reasons. Corporate careers are still ridiculously male-oriented. Or men just play along with it, or whatever the reasons might be, the stats are pretty clear on this one. You can see how that doesn’t apply where I invited speakers from less established fields: design, research, UX, startups, IoT. Here, younger people often are the experts, and once you take the corporate structures out of things, you get a much more diverse mix of experts. Look at the track called Experience at Next12, and you’ll find that it’s a lot more diverse in many ways. No gender balance, but a tad more diversity.

I once read, and sadly can’t remember where, a tip for men in tech: If you’re offered a slot to speak or join a panel, ask who else is on the panel. If it’s only other guys, propose a woman to replace you. I’m kinda liking it, and want to get into the habit of doing that more.

Speaking of which, we have a few events coming up, and we’ll try even harder to get to true gender balance. In fact, checking the lineup just now, for our event on the quantified self and personal analytics today (link) it was exactly 50/50. So there’s a start.

Politics are part of the game

Any organization has some level of internal politics to work around. No point in bitching about it, just get used to it. It’s part of the game.

Budgets are never what they appear to be.

I want you to re-read that sentence slowly and repeat after me: Budgets are never what they appear to be.

I’ve attended uncountable conferences and have been involved in quite a few in different roles – lead organizer, speaker, live blogger and many more. Events always (!) look like they have more budget than they really do. All events I know are less profitable than they might seem, or at least that’s my understanding of things. I can’t remember the details, so don’t quote me on that, but I think we put together CoCities for less than 50K. If you’ve ever organized anything at scale, you know that that’s ridiculously little money. Bigger commercial conferences probably run on a different economic model, but consider that the budget pays for speakers (travel, maybe fees), location rent, insurance, food & drinks, staff, rent for tech and people to handle it, logistics of shuttling all kinds of stuff back and forth, wifi (even if it turns out not to work flawlessly), printing etc etc etc. It’s a long, long list, and it keeps growing. Events are expensive to run, even if you bootstrap them. So before I say something like “how hard can it be?”, I take a deep breath and think for a moment of the things that could have gone wrong but didn’t, and I think a moment about how hard it might actually be, and usually by that time I don’t feel like that sentence should be uttered, ever.

International conferences are always a bit of a challenge from a language perspective. Mixing languages is possible, but hard to do well. Excellent (!) signage is the least you can do. But really I’d opt for going all English. In fact, I believe that’s what I’ve always done so far. If in doubt, go for common ground. Most conference attendees will speak it well enough to understand what’s going on, and your pool of potential speakers is many, many times larger than otherwise. There’s different philosophies on this, so it’s a bit of a personal question. In the French-speaking part of Canada for example, things tend to be bi-lingual instead of English. That’s perfectly fine too, as long as people are used to handling that kind of thing. Make sure that every speaker, moderator, sponsor and organizer speaks enough of whichever language you choose that there’s no awkwardness. And make sure that everybody knows what to expect, then things can’t really go all that wrong.