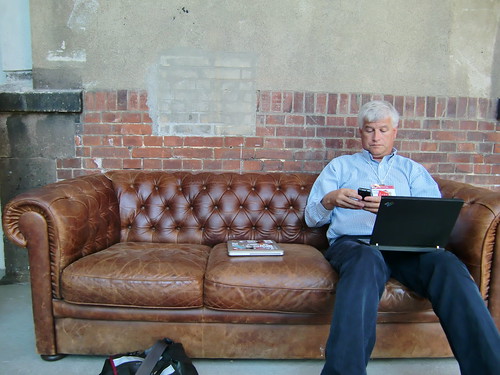 A scene from reboot11. I never really met the concentrated-looking person on this super-comfy sofa, but I have fond memories of the conference. (Which felt rather like a festival anyway.)

Over the last few years I attended a whole lot of conferences. Which was great fun (I mean it!), but one of my resolutions for 2010 is: go only to good conferences. do go to the good conferences. and as a reminder to myself, and also as a wishlist, here’s the events I’d like to attend this year (in kind-of-chronological order):

The list is slightly longer than I hoped it would be. Then again, it’s a good sign there’s many things to be excited about, no?

I’m sure I missed some good ones, so I’m curious – what’s your conference wish list 2010?