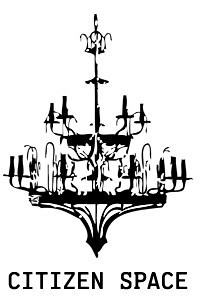 Chris Messina is one of the folks who started it all. Together with Tara Hunt he founded Citizen Space (San Francisco). Also, Chris and Tara put a strong focus on the philosophy behind coworking to put it all into context: Coworking is not just about space, but also ideal. So here’s the first installment of a series of interviews on coworking.

What does Coworking mean for you?

Well, coworking is kind of a means to an end. It’s on the one hand a community of like-minded folks who don’t want to just work alone. On the other, it’s an operational framework — and something of an imperative that describes how you might go about creating a physical institution that people want to join, become a part of make their own.

I mean, at its root is a self-granted permission to create a work environment and reality that you want for yourself. And the community is there to push you forward, in order to turn your vision into reality.

What brought you to Coworking?

Well, as a cofounder of coworking, I initially just wanted a space that was somewhere between a cafe and an office — but that felt more spontaneous and had a lighter atmosphere about it. Since no one else had really done it — and sustained it — it seemed like it was time to try my hand at it!

Every Coworking Space seems different. What’s the focus of yours, what makes it special?

Where do you see Coworking in five years?

Wow, well… it’s grown into something much bigger than I might have imagined, and I’d thrilled about that. What I hope happens is that coworking will move down the cultural stack and become something that people expect of a city — like libraries or coffee shops — and that private and public coworking spaces will crop up — open to anyone, especially those affiliated with the network.

I also hope that the social networking behaviors that are common now bleed into the physical world and support the coworking movement worldwide.

Where can we find you?

Heh, that depends. Physically or digitally? Truly, I’m aiming to be a global citizen, and at the same time a citizen of the web. So, everywhere.

Thanks a lot, Chris! Click here to read the other interviews with the folks behind coworking.