This is end-of-year post #11 (all prior ones here). That’s right, I’ve been writing this post every year for over a decade now. Who would have thought?

What happened in 2018? It was an intense year on many levels, so let’s dive right in.

The TL&DR; version of 2018 from my perspective: Experienced life with a baby, discovered the limits of doing so with two working parents and no family around. It’s been intense, in both good and less good ways. I pretty much lived with a constant feeling of not delivering adequately or up to my own standards, yet also extremely happy with a healthy little kid. From conversations with other parents I learned that this seems to be par for the course. To be honest, I feel a little ashamed of how ignorant I was of this seemingly widespread issue. That said, it was a really rewarding year as well.

Launched a trustmark, spent time in policy meetings, and had a year attached to a larger org as a fellow for the first time in quite some time. Read too little, but managed to write a fair bit. Felt a lot: exhausted, grateful, tired, happy—often all at the same time.

On a purely personal note, this might be the first time I’m not writing this in transit to my family or M’s, where we traditionally have taken turns spending the holidays. Having just come off a long series of travels both individually and with our now 1-year-old, we decided to host the first Christmas at home. But that doesn’t mean I’m not writing this in transit – I’m on a one day express return trip to Oslo for a workshop, the last trip before the holidays.

the theme was first and foremost impact. Impact through large partners, through policy work, through investments into research.

For the first time since I can remember writing these, this has pretty much stayed the same. Working within the time constraints of having a baby at home and no daycare for the first year on one hand, and the opportunity afforded by a Mozilla Fellowship that allowed me to focus primarily on one project (the Trustable Technology Mark), the work on impact through partners and policy work has remained and seems to be working well.

In fact, since before we even publicly launched the Trustable Technology Mark in early Dec, I’ve been invited to a whole bunch of conversations that look like they’ll allow us to expand the underlying principles of the Trustmark beyond the consumer space — to larger societal issues, especially Smart City policy. This I find particularly exciting.

I hope to continue this work in 2019 and beyond, in whatever capacity seems most promising then.

After adding a new family member late last year, we lost another. Rest in peace, E. We miss you.

Among our friends, some new babies and some health issues. I guess it’s within the normal distribution at our age group. We’re lucky to have so many good friends around the globe, but also and especially nearby. 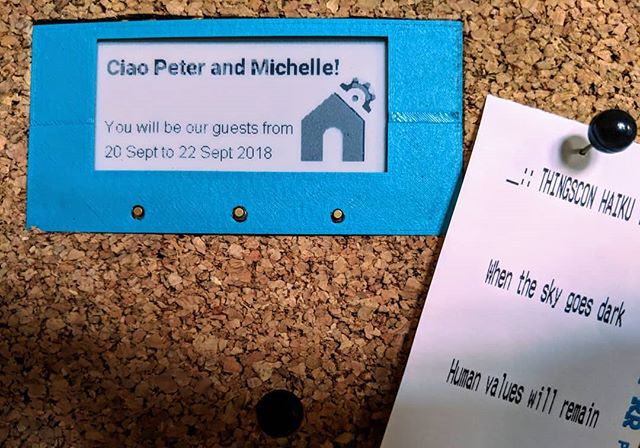 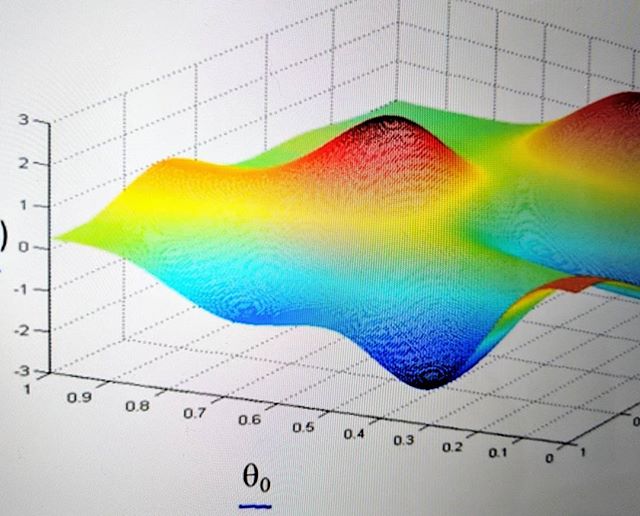 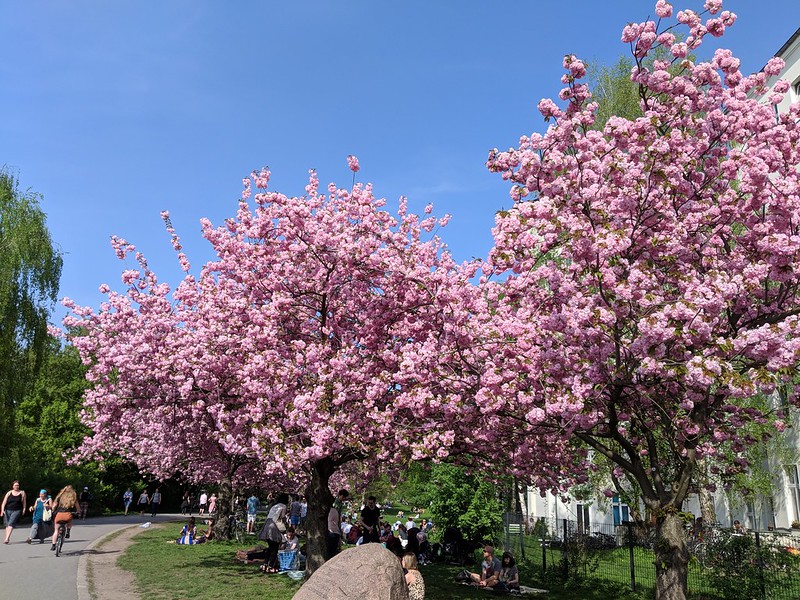 I set out to radically reduce my travel for the year and failed spectacularly. My travel stats: 14 trips, 36 flights, 9 countries (I think — this year has seen a lot more short term flight changes than any before, so the count might be a little out of whack). According to Tripit this added up to 91,625km of travel (likely more, since that only counts planes and trains, not driving etc.) and 104 days away from home. That’s almost a third of a year.

I am considering imposing a stricter travel ban on myself, or rather: a stricter limit on flights. The environmental impact is just too disastrous, plus life spent on planes is meh. Maybe I’ll start with trying not to fly (or at least flying as little as possible without losing my work) in Q1, and then see how that goes. 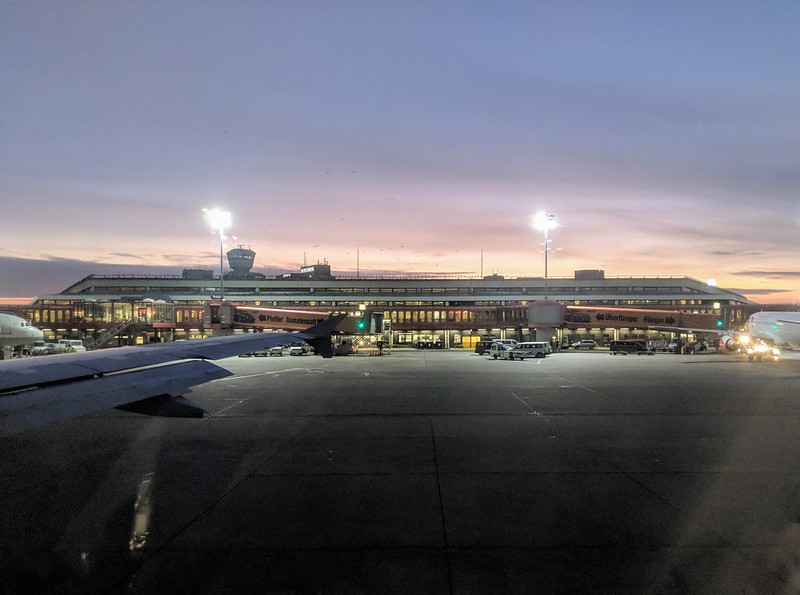 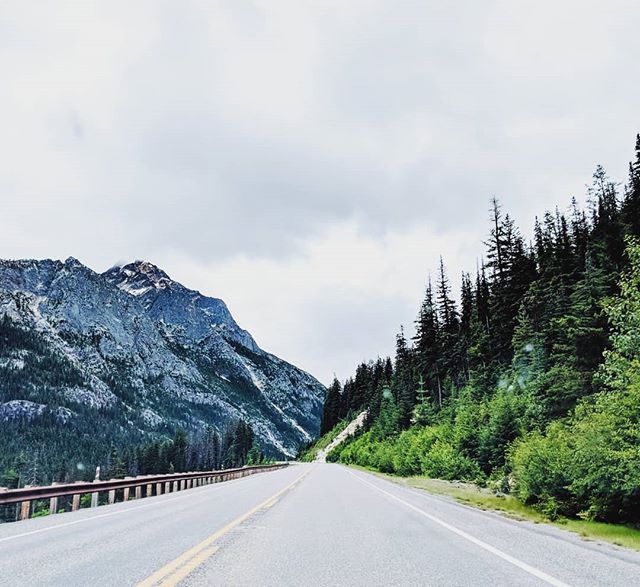 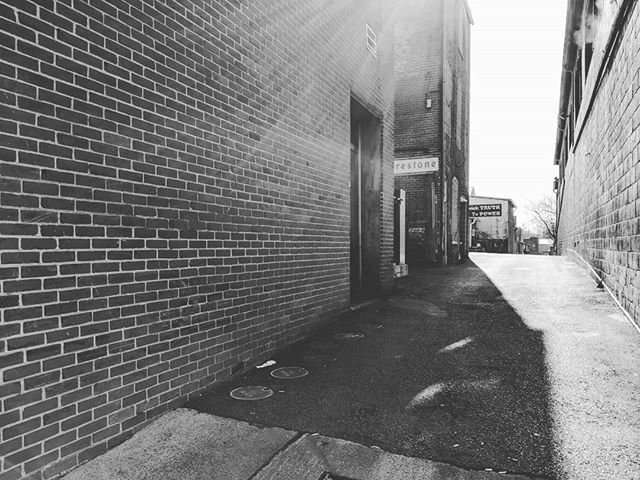 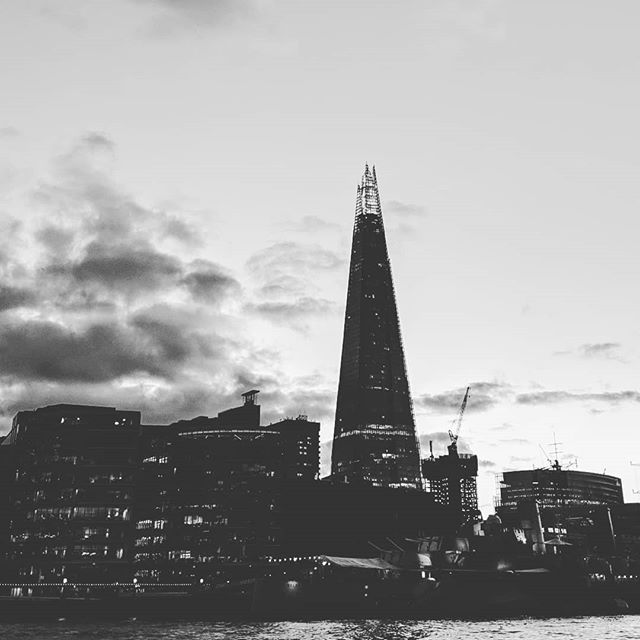 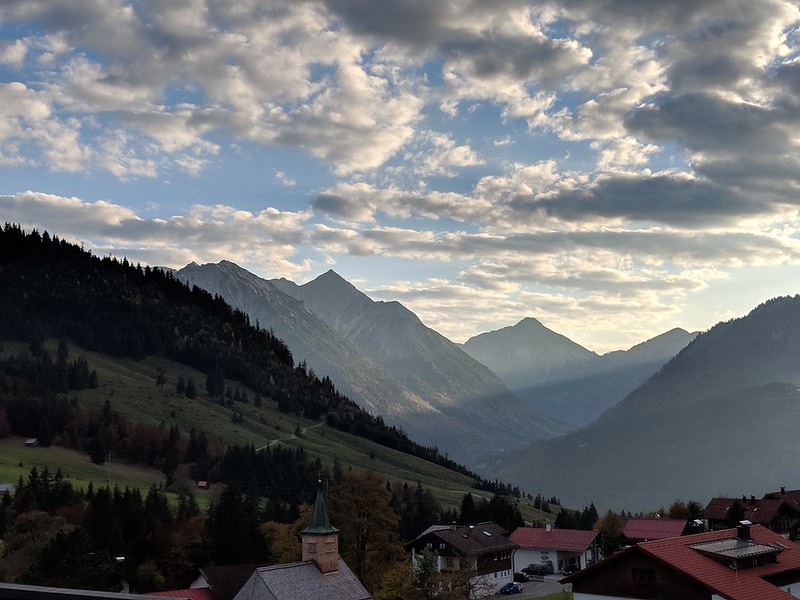 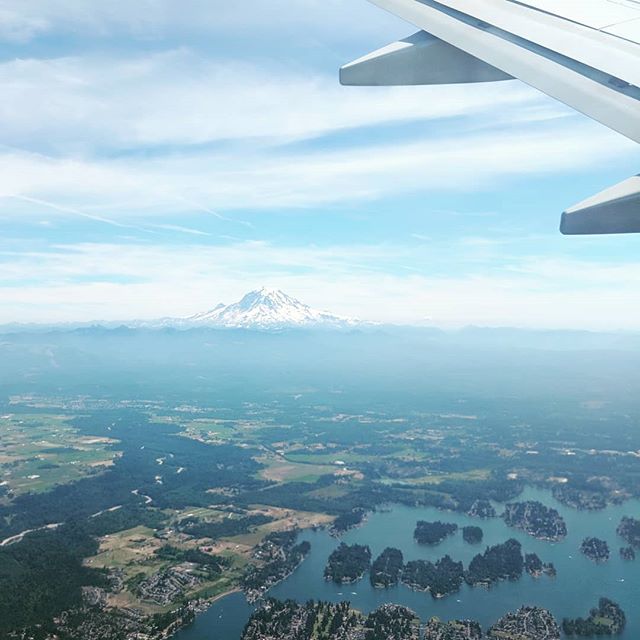 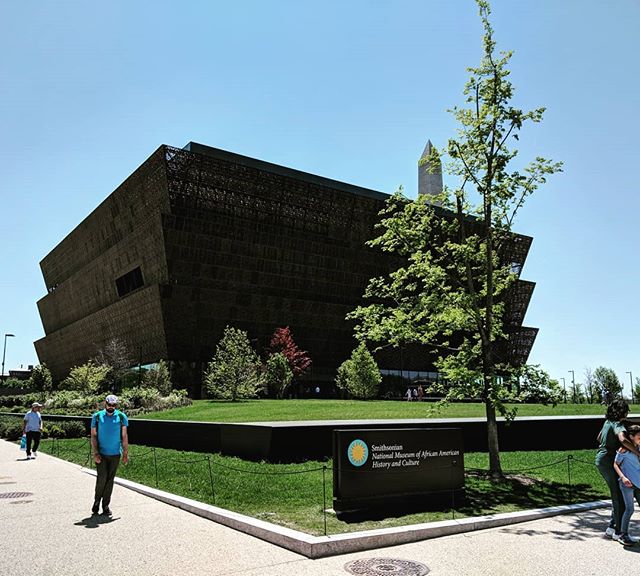 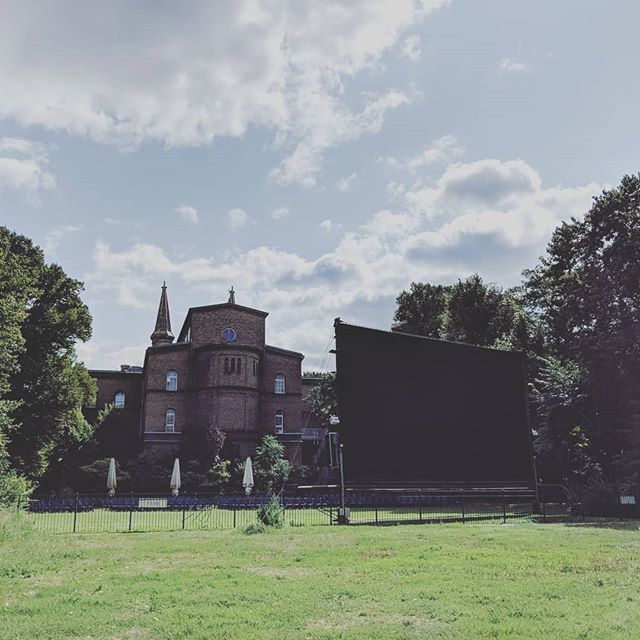 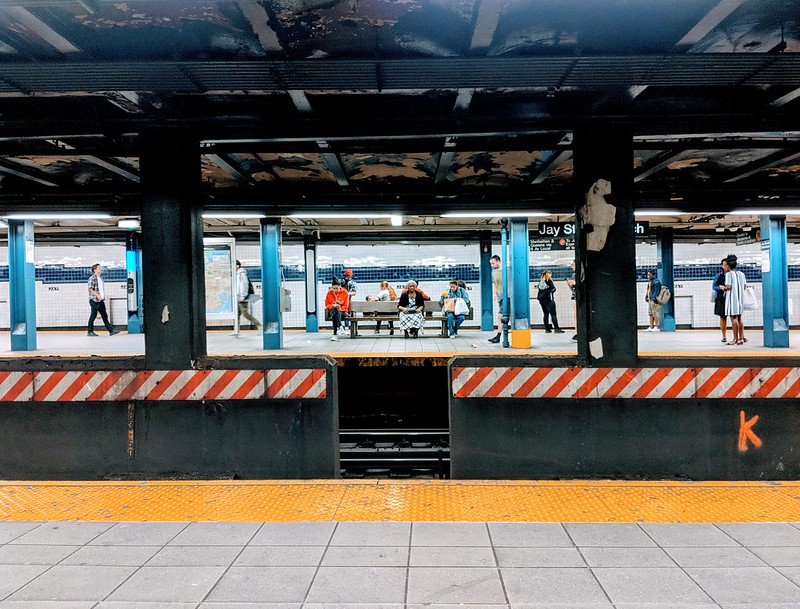 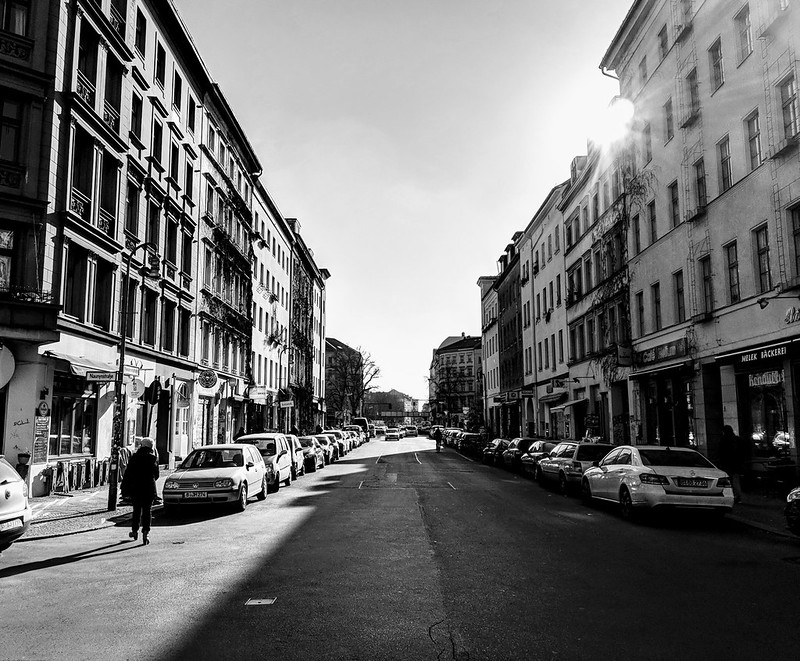 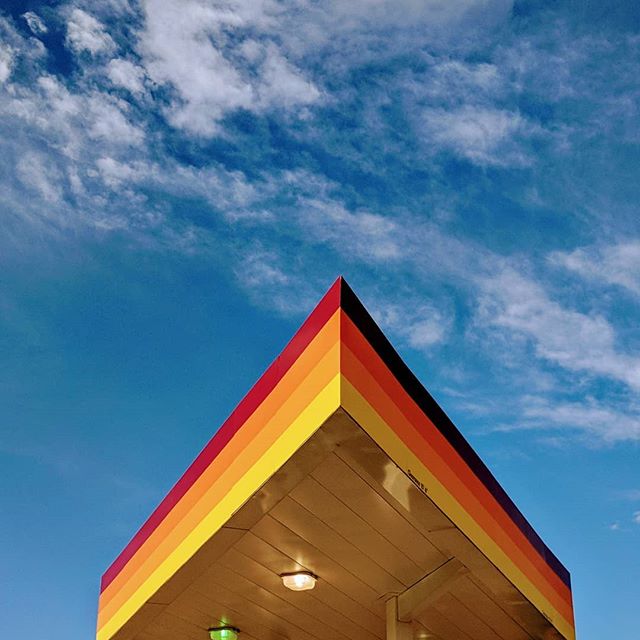 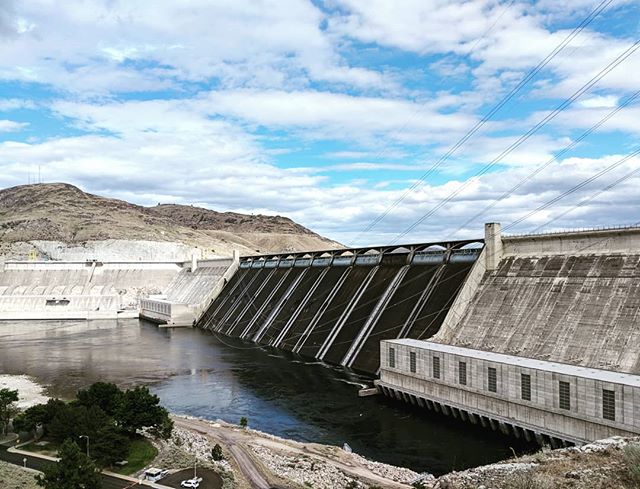 I didn’t do a whole lot of conferences or events this year, but I did thoroughly enjoy the few I went to. It was mostly either ThingsCon events, or invite-only affairs, like the excellent Museum of the Future, some Aspen Institute events, and a handful more. Also, a bunch of workshops. And, of course, Dundee Design Festival and Mozfest.

But of a mixed bag, this one. The big picture is, it’s all good, and I’m very healthy. Zoomed in, it was a terribly unhealthy year, or at least a year of terribly unhealthy habits. A good chunk came from having a baby while the two of us were both working, which put us in a constant extreme time crunch. Visits to the gym and slowly eaten meals both went right out the window, to be replaced with no breaks and inhaled food, sometimes while walking to the office. This has been changing again now that daycare started for little K; I can’t wait to get back to a regular gym routine. Back pain be gone!

As mentioned above, there’s been a lot more focus this year, a lot less spread than the years before, and I thoroughly enjoyed it.

Between ThingsCon (where we just celebrated the fifth anniversary at Rotterdam and the Trustable Technology Mark, I’ve been heads down researching, designing, reaching out more than ever around these projects, and the number of presentations for anything else in between has been minimal.

I wrote a lot less, but am happy to say that—despite a somewhat less regular schedule—my newsletter Connection Problem is in Season 4.

I wouldn’t mind continuing along similar lines, with a strong focus, for a little longer.

ThingsCon is still going strong, maybe stronger than ever. It’s well on its way to outgrow side project status.

Zephyr Berlin has been cooking on the slow burner for some time but still is up and running, even though we haven’t been able to give it as much attention in 2018 as I had hoped, for all the reasons above. However, our Ulimate Travel Pants are for the first time available in store (yes, physical retail!) as a test for us. Head on over to Kreuzberg’s 360 Outdoor to try them on, or jump to our website to order. Both at 360 and on our website we have a travel season sale on.

As per usual, I gave a few talks. Many around ThingsCon, many around the Trustmark. Maybe more than ever in closed-door workshop settings. 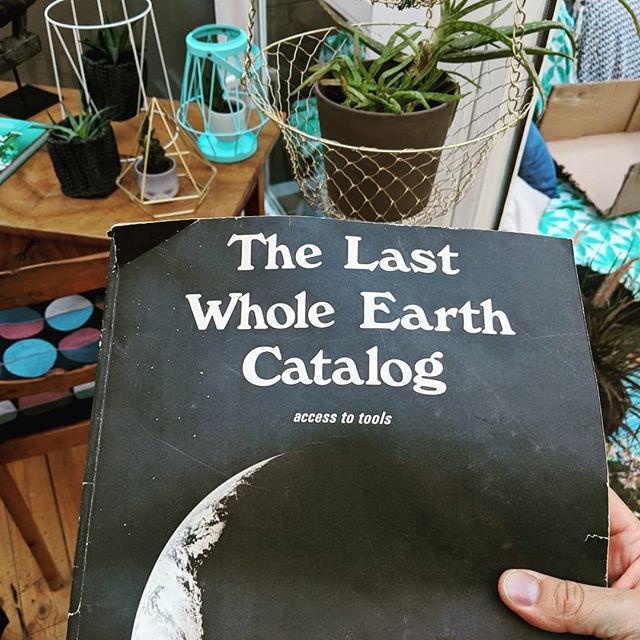 Depressingly few books I actually read. I kinda skimmed, kinda leafed through Vacation Land by John Hodgman, New York 2140 by Kim Stanley Robinson, Smarter Homes by Alexandra Deschamps-Sonsino, Future Ethics by Cennydd Bowles, and a handful others. So I fell way short on my reading.

Firsts & some things I learned along the way

Firsts: Flew with a baby. Applied for parental leave. Canceled parental leave. Booked and rebooked the same leg of a trip for a total of 3 (?) times. Merged two organizations, to a degree. (Will have) hosted Christmas eve at our home.

Learned: Shift work kills you. Lower your standards in the first year of having a kid. Make sure to take some time for yourself, even if it’s super hard.

2019 is wide open at this point – I simply didn’t have the bandwidth to really plan much beyond the first couple of months. Some things I know: My Mozilla Fellowship is scheduled to run out in March. I’d like to do more work around policy and smart cities. I want to turn the Trustable Technology Mark into something more sustainable and with a strong governance model (read: where the bus factor isn’t 1). The same goes for ThingsCon: There’s a lot happening there, and we’re at a stage where we can “grow up” and make it sustainable, I think. So I’d like to work on making that happen. Also, lots of writing and research. That’s all I got at this point – lots of things I would like to do. Now on to making sure I get to actually do them! Also, if possible, I’d like to once more spend a month or two working from someplace else, if only to prove to myself that that’s doable with a kid.

I’m always up for discussing interesting new projects. If you’re pondering one, get in touch.

For now, I hope you get to relax and enjoy the holidays.