Late wrap-up last night and early calls with the US leave me a bit tired, but there’s an exciting day ahead.

The two main action items today: Visit Artop, a strong local industrial design company for a tour, then head on over to an injection molding factory with them.

A Didi (Chinese counterpart-slash-shareholder of Uber) ride brings us to Artop. The cab has almost enough seats for all of us. 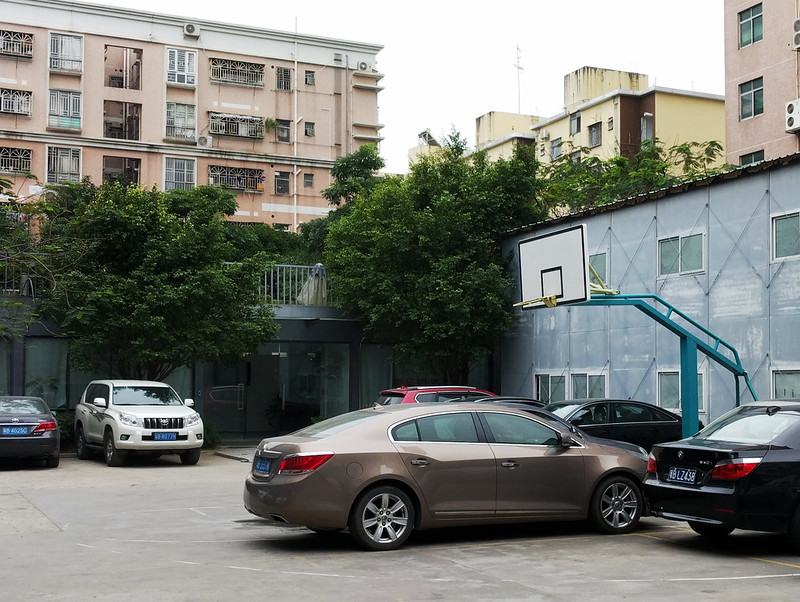 Every parking lot doubles as a basketball court. 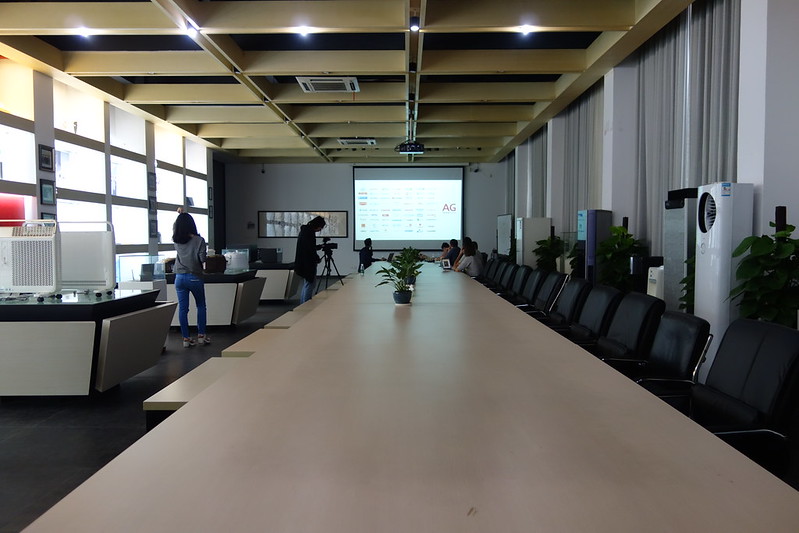 The role of the design agencies is different here than in Europe or US. In China the offering is more full chain, including design for manufacturing, and coordination of manufacturing, and quality control. But it also extends all the way into branding, etc., so it’s a much more integrated model. The name “design agency” might be a little misleading, it doesn’t capture the range of services offered.

Savio: “As industrial designers we have to be realistic about what works and what doesn’t. So we are involved in the mechanical design as well.”

“As industrial designers… we are involved in the mechanical design”

Artop interestingly tries to position itself almost more after the European model. Yet, they do all the integrations necessary to launch a product. Savio: “You can just give it to us.” This includes IP protection, which they have a whole unit for.

Artop has an inhouse program, “48h”. Within those two days you build a ready-to-make product. Only unlike all the hackathons and design sprints I’ve ever seen in the West, Savio seems to be serious about getting things ready for manufacture in those two days. If this works, it’s damn impressive.

Artop has clients from private companies to police/military to startups.

On working with startups: They frequently get approached by startups who have little or no money. The agency can give massive discounts, invest time and upfront money, take a large share in the risk. The startup would pay only if VC money comes in, and then only part of the “list price” cost. It’s an investment into a long-term relationship.

The importance of investments in long-term relationships in business in China can’t be overstated.

In their design gallery, we spot a Segway-style scooter. We hear it might have been the first of its type, or among the first. 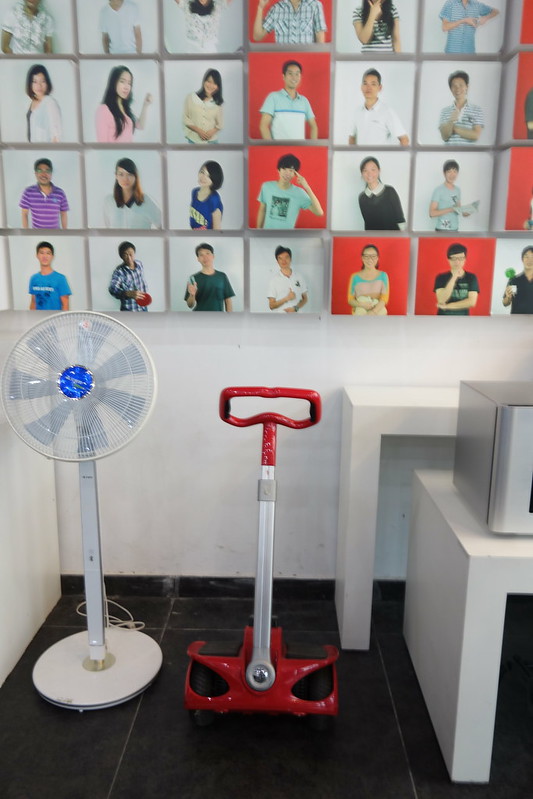 Prototypes in their design gallery include a bamboo keyboard and a magnetic resonance speaker that turns a glass table into the speaker.

Artop is fairly low profile and can’t talk too much about products in development. “To defend against copies, we try to reach forward.” They also use patents and IP protection a lot, and we hear they’ve used patents to defend their IP successfully in the past.

We experience every day that meetings happen over lunch, or include lunch, and are fairly lengthy affairs for our standards. Lunch break is about 2.5 hours and includes nap time. We hear some folks will eat quickly (i.e. 30min or so) so they can sleep for a full 2h after.

Today, we’re running late for a factory visit and our local host room proposes we just grab a quick bite on the way. We find ourselves at the IKEA cafeteria for an hour.

China’s IKEAs look pretty much the same as everywhere else. Looking closer, though, you’ll find some subtle differences. For example, there’s a more rice to be had, and matcha cake for dessert.

You’ll find people sleeping on the showroom beds and couches: IKEA in China used for have a policy against that but gave up on it. Now it’s considered ok. IKEA is also a bona-fide family entertainment activity for Sundays. Just bring the kids and spend the day.

News about US elections are trickling in. We’re speechless. Yet, there’s no other group I’d rather suffer these news with.

It is related to us that many Chinese supposedly are somewhat in support of Trump: They (allegedly) believe that he might bring the US down, strengthening China in the process.

Some impressions from the drive to the factory area: 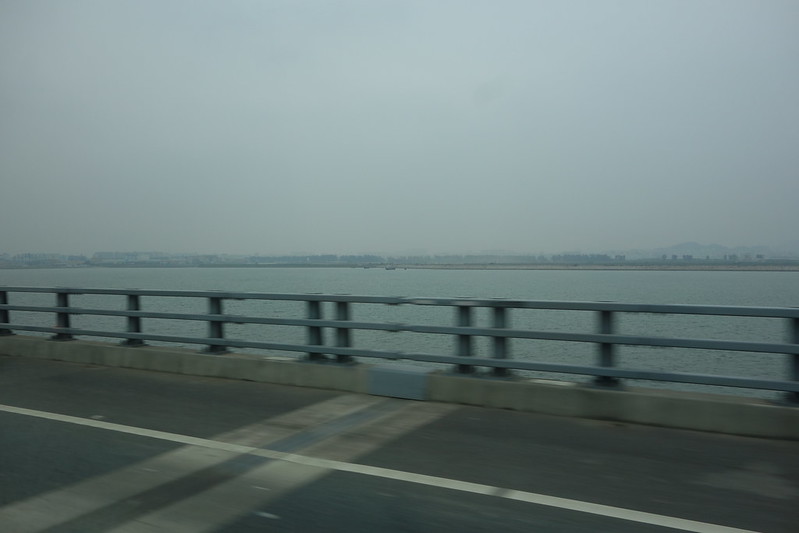 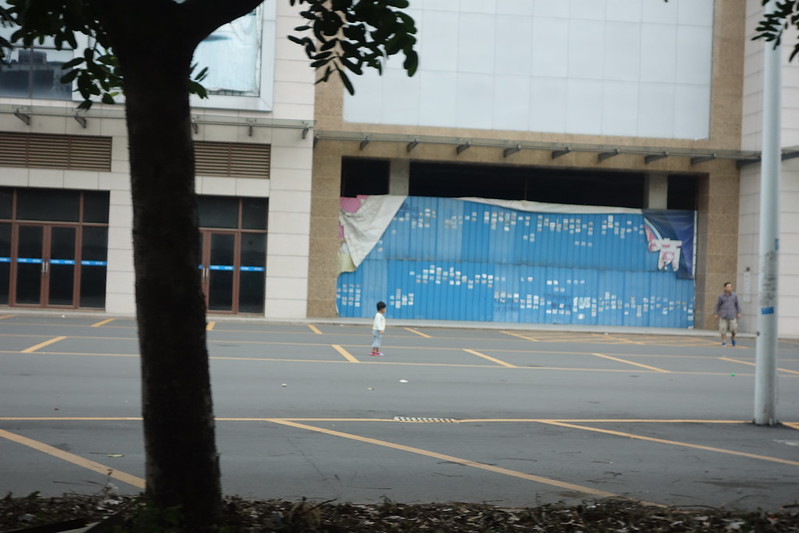 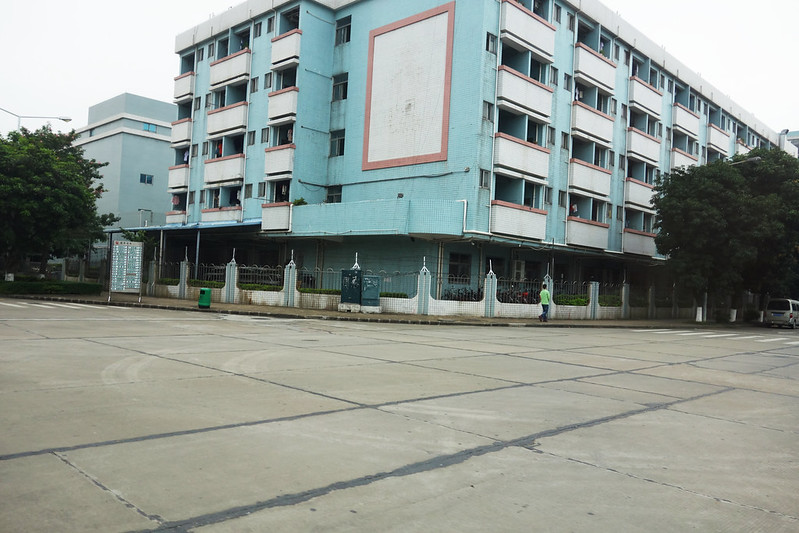 After an hour or so of driving north-west towards Dongguan, we reach an injection molding factory. The first part seems pretty old school but well running. Due to automation the number of workers on this campus dropped from 5k to 5-600. To make up for a more competitive, weaker economy the company now also produces their own in-house products to make due. You gotta automate and move upmarket to compete. 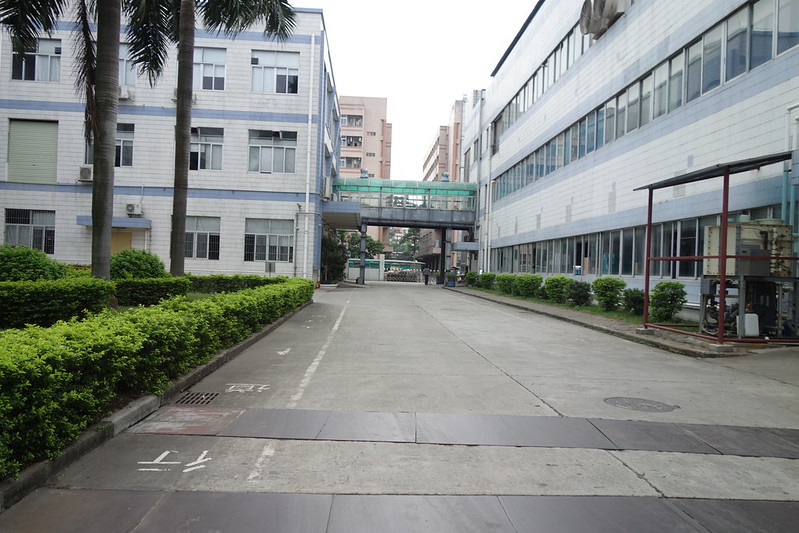 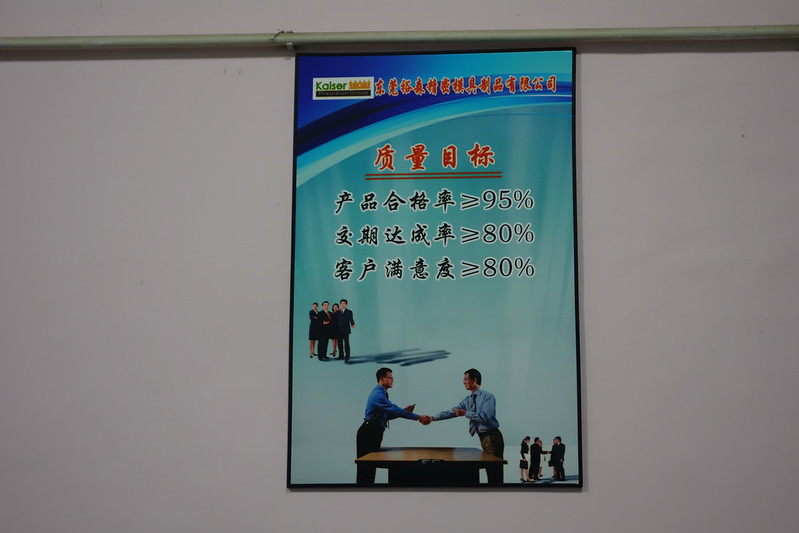 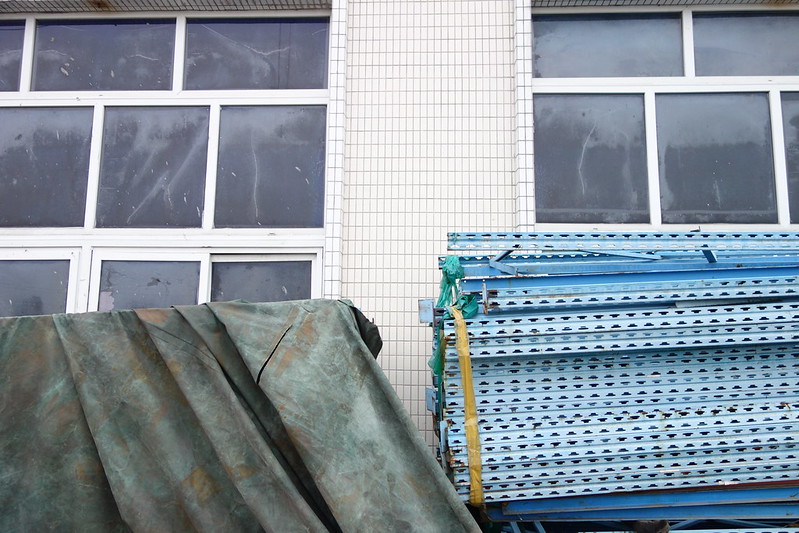 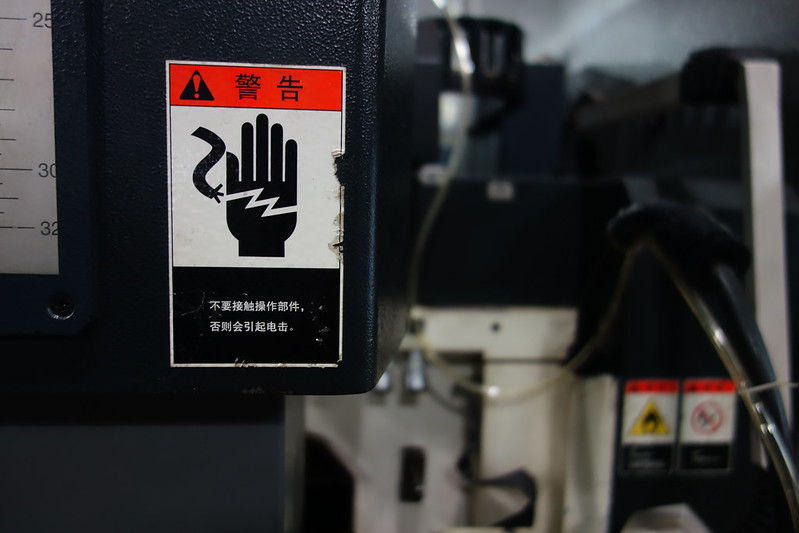 We see a mini robotic arm reverse-engineered from on a much larger (and somewhat old-looking) Japanese model.

The factory also has 3D metal printing capabilities. 3D printing and the cooling shafts it allows for saves around 20 percent or more of cooling time for molds. This means massive savings. We see sample molds for shower gel bottle caps and other items. 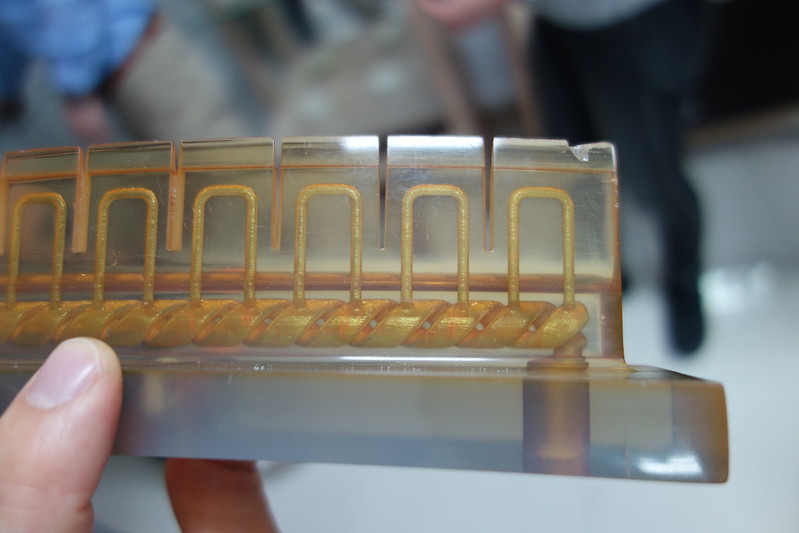 I get to hold a plastic bottle of stainless steel from Germany. It’s powder, and super heavy. 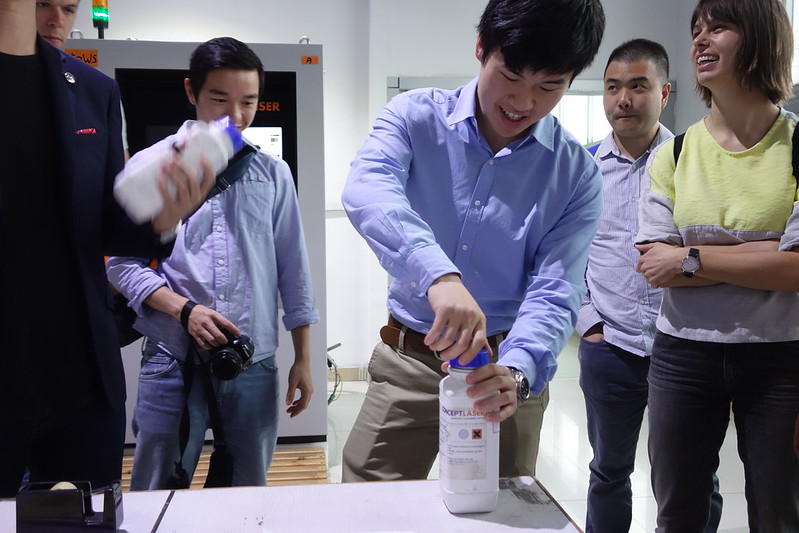 This is what a bottle of stainless steel looks like before it’s 3D printed.

Our host explains that Germany is 5-7 years ahead in 3D metal printing, but China is working hard to catch up. There are collaborations in place between both countries, and local universities are doing a lot of research into the field. This clearly is a high-interest area.

Chinese automotive company BYD is a maker of electric cars. The government supports electric through subsidies for buyers. We’ve seen and heard (or rather, not heard) a lot of electric cars, buses and scooters over the last few days.

All the factories tend to be north-west of Shenzhen. Drive about 1.5h north-west and you’re in the middle of it all. 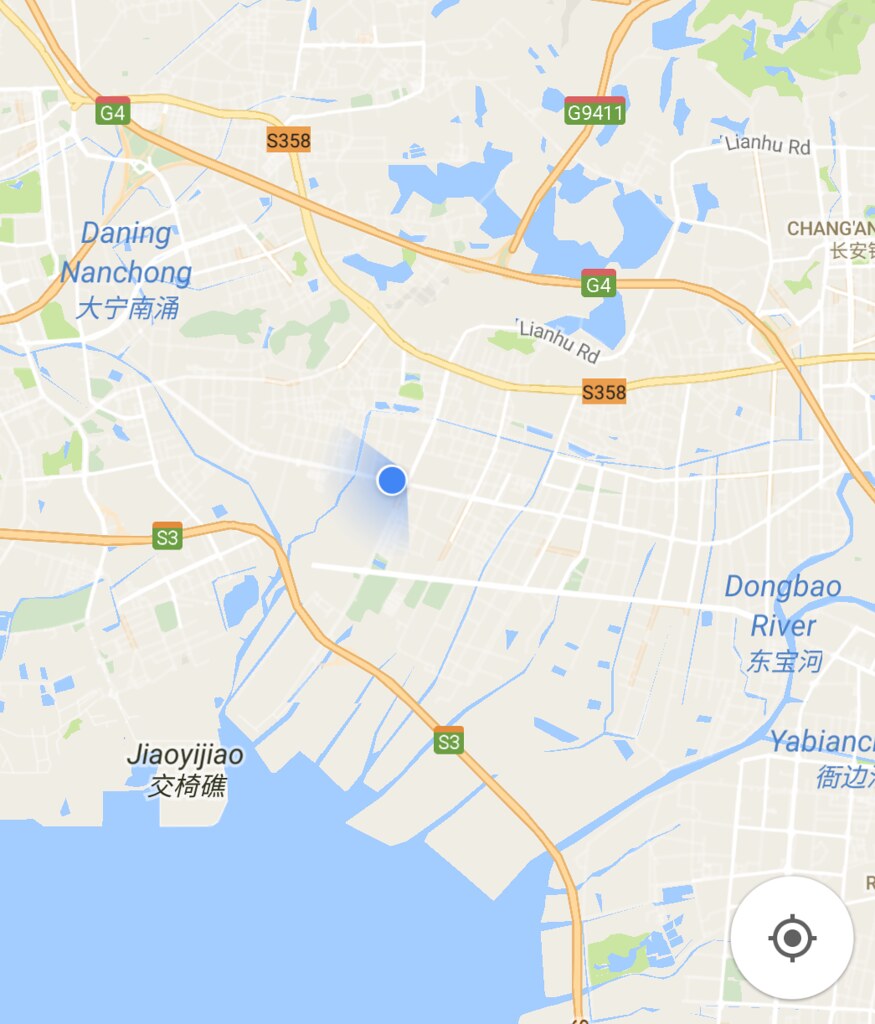 Most factories are an hour or so north-west of Shenzhen.

When we get there the air is OK, but we’re told the wind comes from the sea, goes inland. The smog on the coast isn’t bad while we’re here – we might just be lucky, or it might not be bad generally, or it’s all downwind and inland so quick we never get to experience it.

I’m not an expert in factories, so I’m not sure what I expected. But whatever it was, it was kind of like this.

We meet with Silvia Lindtner of the University of Michigan, who has been researching the Shenzhen maker and manufacturing ecosystem for years, with a focus on the role of openness as well as societal implications. Over dinner, she helps us understand a little better how this aspect of the ecosystem has evolved as well as how the ecosystem came to be in the first place: Announced as a Special Economic Zone (SEZ)—in fact the very first one—in 1979 by Deng Xiaoping, the Shenzhen SEZ was a top down initiative, decreed by government.

Yet, that alone just would not have cut it. The people of China saw an opportunity there and moved to Shenzhen in droves, participating and innovating bottom-up. The government strategically looked the other way, de facto creating a framework for permissionless innovation (within limits). The entrepreneurial spirit and ever-growing opportunities combined made for a fantastically potent mix.

Today way hump day for the big team. We unwind a bit with the team in the lobby. No shop talk allowed.