So, Milan, eh? Turns out I had never been to Milan. To be honest it had never really occured to me, actively, that I hadn’t been: It’s such a household name of a city when you live in Europe that surely I must have been there, right? In all those years, throughout the many trips I’ve taken to Italy both as an adult and as a kid with my family?

After all, I grew up in south Germany, from where Italy is just a long drive across the Alps. When I was a kid, before the Euro was introduced, traveling in Europe meant stopping at border stops with little border control guard houses where you stopped and then bought gas and maybe a vignette, the road tax disc for countries like Austria. While you stopped you also changed money, deutschmark for lira, as a kid that was super exciting: Look at these different bills. In Italy they had so many 000s: 1.000 Lira was the smallest bill. I don’t remember if coins were even used then. But drive to Italy we did – not super often, but every few years: to Florence, Rome, the Lago Maggiore. It was great.

But yeah, turns out Milan had been a white spot on my personal travel map all these years. So boy was it time to change that. 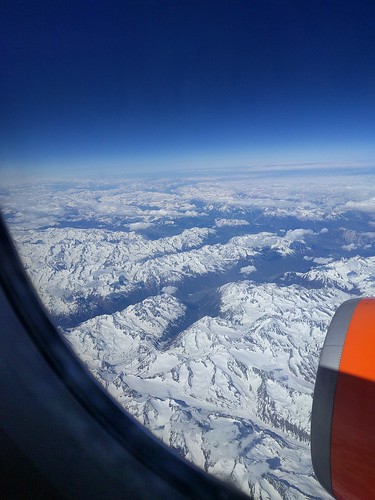 The Alps looked gorgeous from the plane.

And what a better occasion than to bring one of our projects there: The Good Home was to exhibit at Fuori Salone, the city-wide satellite program of the Milan Design Week. This occasion also had a second advantage – our tour guide would be good friend and former Milan resident Alex DS, so we knew we’d be in great hands.

So M and I set out with our exhibits in tow and over-sized checked bags (when exhibiting something it’s silly to travel too light: there’s always hardware to shuttle back and forth) and headed on south via Schönefeld (SXF). Air travel to and from Berlin these days is impossible without constantly pondering airports: Which one is it going to be today (please let it be Tegel!), and why isn’t the under-construction BER anywhere near finished after all these years? But alas, Easyjet means Schönefeld, so off we went into the special hell that is SXF where budget air travel truly feels like a cheap experience. 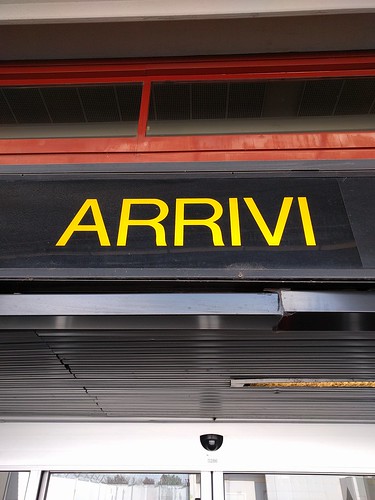 Berlin of course isn’t the only multi-airport city: Milan also boasts two functional airports, Linate and Malpensa. Once we arrived in cute little ruggedy Malpensa (MXP) and found our way into the city we set up shop in our local Airbnb. The hotel and rental situation was in line with the universal rule of expo cities during the main annual convention: Everything’s booked out, demand is huge, so whoever can do so will rent out their homes temporarily and make a killing doing it. During those couple of weeks a year you can easily make a few months’ worth of rent. It was all pleasant enough, though, so why complain!

And so we made sure to adjust ourselves by quickly popping into a neighborhood pizza place before the kitchen would close (sharp!) at 2:30pm. 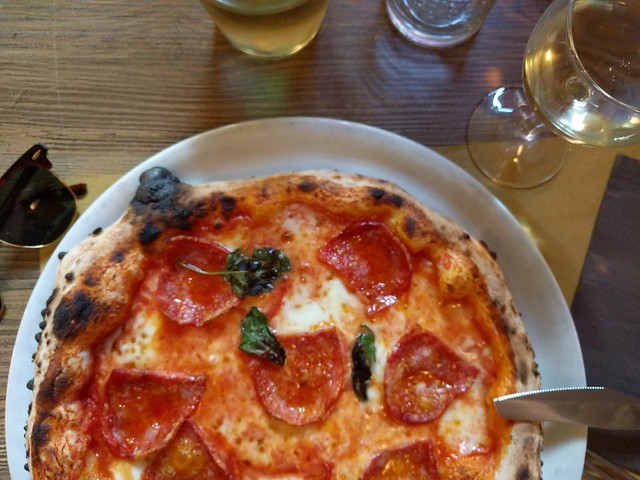 A local friend further hooked us up with local prosecco and this Sartorelli cake from Verese, which turned out to be delicious and a bit of a life saver when you come home late at night and haven’t had a chance to eat. 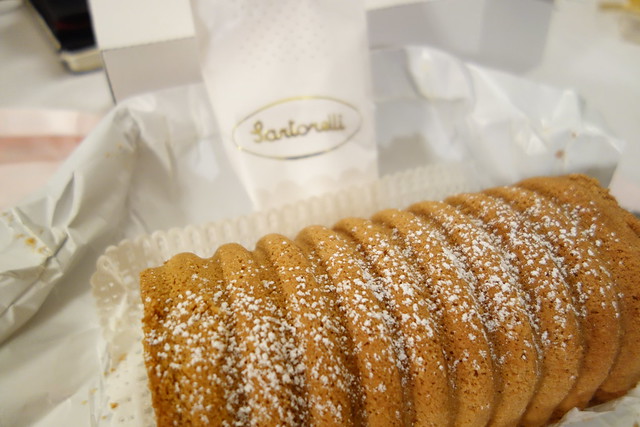 It’s also the home of the grand tradition of the aperitivo. Every late afternoon, usually around 5pm, many bars will offer aperitivo: Drinks, slightly more expensive than usual, and a buffet of snacks. The idea is that between end-of-work around 5 and dinner around 8 or 9 there are a few hours in which to socialize and hang out, and to eat a little. You can guess that for students this is brilliant. But it’s also a lovely tradition in its own right, especially now that the weather allows for beautiful sunset aperitivos.

Alas, the air quality in Milan is notoriously bad, with near-ridiculous standards of pollution (for European standards). And while there are a number of gorgeous parks, overall the city isn’t very green. The canals that bring fresh water into and out of the system, once designed by no lesser than Leanardi da Vinci, have long since been built over to they’re invisible and won’t bring any refreshment to the dry, dusty air…

On the other hand, there is of course the duomo, the big cathedral that dominates the central square in all its glamour. And boy is Milan a glamorous city, especially during the design week: The world’s design and fashion scene invade the city and fill it with sharp suits and designer specs, with hyper trendy handbags and rad haircuts. It’s not for the easily intimidated to be in a city full of Italian style at its strongest.

We were there exactly for this design fair, and whenever we weren’t hosting at our own exhibition we went out to explore what else was on display. Now Italy is of course well known for its long and deep tradition of interior design: Kitchens, furniture, you name it. But, boy oh boy, did I underestimate just how much so. I saw so many chairs, and sofas, and room setups, and high-end sinks that I lost track. Everything at the Milan Design Week seemed ot be framed from the perspective of interior design. Even the connected things we were primarily in town for: Look it’s a kitchen with connectivity, but mostly it’s gorgeous. Everything’s built to be gorgeous bordering on decadent, and clearly it’s not a minimalist form follows function world there. 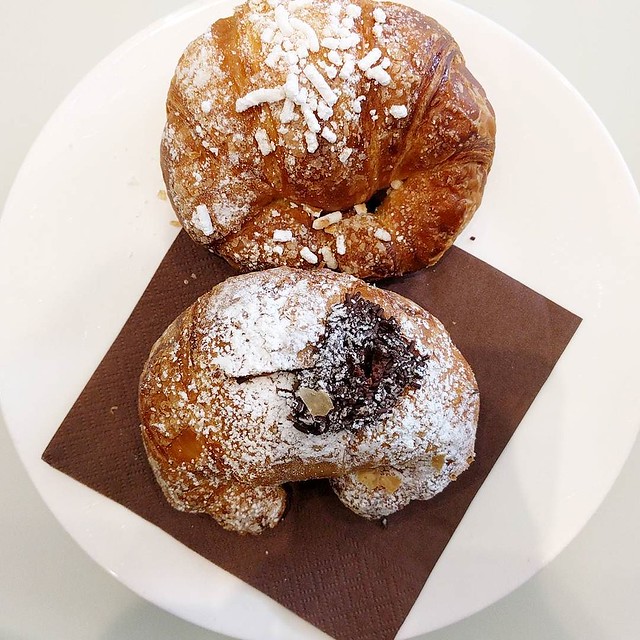 Milanese breakfast at its best

There’s certainly enough to see, though, and if you ever get tired of looking at chairs, it’s an amazing place for people watching. Grab a coffee and a croissant at a street café and you won’t be bored. Promise. 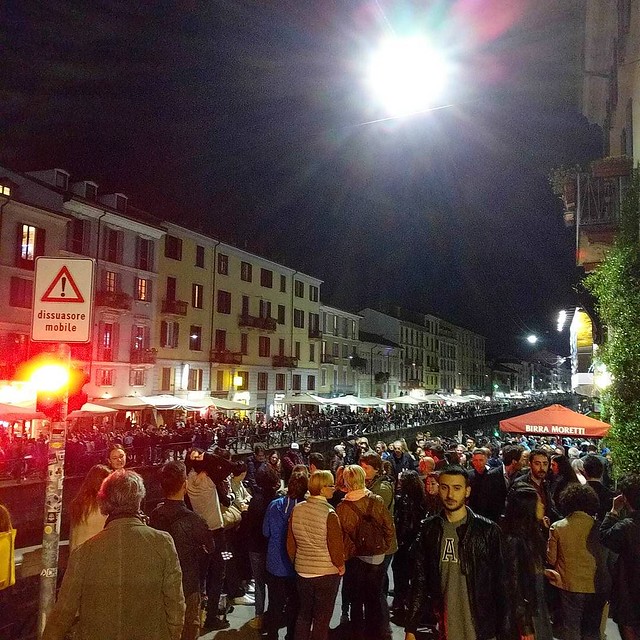 The Navigli neighborhood of Milan

So if the pollution and the over-the-top glamour don’t faze you, though, you can have the loveliest of times, though. Take an aperitivo with friends, then head down to the Navigli, the part of town where the old canals are open and where all of Milan and seemingly half the universe gather for a stroll, a lengthy dinner, and a cone of gelato artigianale (hand-crafted gelato). The streets and sidewalks are packed to the rim, laughter and intense conversations echo across town, and it’s a delight to be alive and in this place.

I have the perhaps-rare distinction of having once had a ticket in-hand for a flight into BER, part of an Air Canada itinerary from Canada. A few weeks before travel I got an email with an updated ticket, with BER replaced with TXL. It’s somehow inconceivable that, years and years later, BER still has yet to open.

We spent two short days in Milan once, en route home after a vacation near Genoa. My strongest memory of the trip was an early morning visit to the roof of the Duomo in the fog. That, and the time our young son somehow gamed himself into two separate trips to McDonalds, one with each parent, on the same day.

Perhaps to make up for that, we too discovered the delights of the late afternoon aperitivo, although I suspect it was with much less panache than you (we required a tutorial in aperitivo from a helpful server to figure it all out).

Oh, without our local guides I would have never found out how the aperitivo worked. In fact just a few months prior I entirely failed to notice it while visiting Turino :)