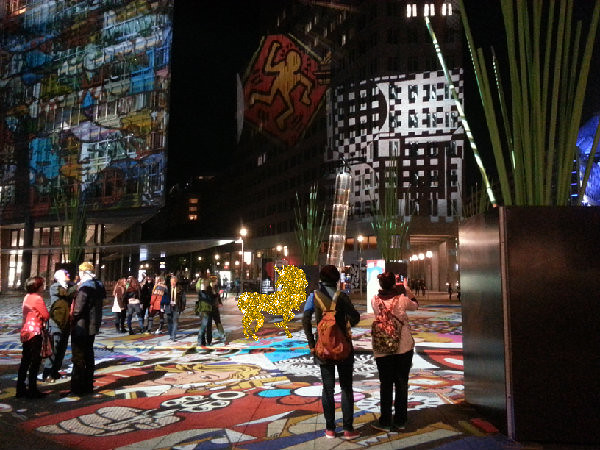 Working with volunteers and running non-profit, volunteer-based things (organizations, events, you name it) has its own set of challenges and its own particular flavor of awesomeness.

On one hand, it’s tricky because the only reason participants are volunteering their time and energy – often in great amounts! – based on their motivation. There’s usually not much fame to gain, and certainly no money.

On the other hand, it’s really awesome because the group dynamics of building something great together can be incredibly rewarding.

What happens if things go wrong? What if volunteers get attacked for their actions?

Often you’ll find a certain mellow eagerness in volunteer events: Everybody’s really keen on getting something great up and running, but also forgiving with the other members. After all, you can’t force someone to volunteer – it has to come from within each and everyone.

I remember that one of the first hate mails personal insults I received by a stranger was for getting involved as a volunteer in a free culture event. Why that guy thought being involved in it – or maybe me being involved in it – was terrible, and why he went to great lengths and effort to write a fairly eloquent and certainly very lengthy two-page or so personal insult to me I’ll never find out (and I never tried). The arguments were incoherent, but he had done his research on me and combined it with personal stereotypes he disliked independently from me.

It struck me as weird back then, and still today, to take upon yourself an effort to discourage someone from volunteering for a good cause. And upfront too – the event turned out great, so it wasn’t a complaint about work done badly, either.

(In some twisted way I do enjoy a well-written diss. But that’s another story.)

That was a few years ago. I learned a lot that day. Among other things, that it’s really not a good idea to base your decision on hateful messages people send you on the internet; that I prefer not to have my home address published anywhere; that some people are — despite me trying not to be judgmental usually — just malicious or simply idiots or really should learn to express themselves better.

It also taught me to respect every volunteer’s work even more than before. These days I make a point of thanking volunteers whenever I can, because in many cases they invest a lot of time and energy into making something great – and not even for themselves, but for others too.

If you’re ever (for lack of a better word, and as much as that applies for volunteer efforts) “in charge” of anything that relies on volunteers, make sure to do whatever you can to make their life easier. If anything goes wrong, it is your job as the instigator to stand in front of them and protect them, because they do their best. And if you screw something up, be open and frank and apologize and do better. It’s the least you can do. (Alas, often it’s also the only thing you can do.)

And if there’s still a jerk around who complains or attacks a volunteer, or maybe even you as a volunteer organizer, it’s ok to show them the door. Because the social contract that’s implicit in a volunteer-driven effort is that it’s built on mutual respect. If someone doesn’t play by the rules, they don’t get to be part of the game.

Because volunteer-driven things – read: things run purely on motivation – are awesome. And being a part of something awesome is a privilege. Period.