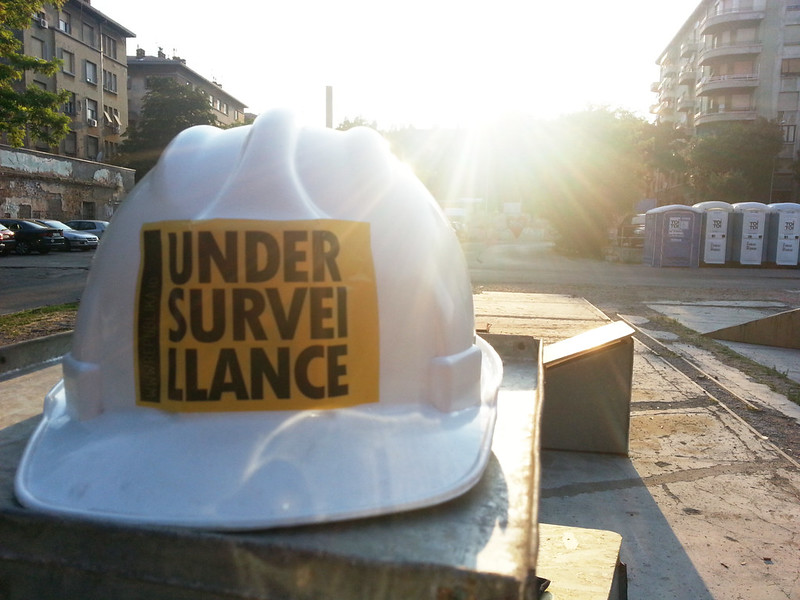 Since the seemingly never-ending series of revelations about mass surveillance of citizens in the Western democracies by their governments (or indirectly by their partners through data exchange) has begun I’ve been trying to wrap my head around the implications – what it means for us as citizens.

One thing I can say for certain is an emotional one: It feels like our own democratically elected governments have — each in their own countries — kicked a leg out from under the table of democracy.

Wobbly metaphors aside, what we see is democratic governments installing the means of totalitarianism. Not with the same intention, I guess and hope, but maybe oblivious to the dangers inherent in their course of actions. Once the tools for mass surveillance are in place, there’s nothing structurally protecting us from a totalitarian state in the affected countries. It was one of the ground rules I learned in my political science studies: Never build tools that are only good in the hands of a “good” government. Build in strong safeguards against abuse by “bad” governments. And even without any abuse of power, we already know about the negative effects of mass surveillance.

I’m not one to say intelligence services should be abolished, I think they serve some important functions. But they must be under incredibly strict, tough supervision, and very limited in scope, with bullet-proof safeguards in place against abuse of power. This system of oversight seems to have failed at scale.

One of the little thought games I like to play when evaluation a seemingly complex issue is to change some of the variables involved to get other perspectives: invert the scenario or players; exaggerate/extrapolate; diminish it/dial it down; a system breakdown; shift motivations of the players and/or the players; etc. Often times, mentally going through these scenarios and comparing them with the as-is situation can help understand better what’s going on and what’s desirable.

So let’s go through some of these mutations, and see what comes up.

Instead of intelligence services spying on citizens without warrants or real oversight and reporting to the government, the same services spy on politicians — around the clock, in their offices and at home — and report to the public. Why not start with five percent of communications initially, ramping up to 20 percent over time.

Dialing it up / extrapolation

Decrease the amount of surveillance. Maybe restrict it to cases of actual suspicion, based on police work. (I find it hard to find anything bad about this scenario. In fact, until recently that was how the system supposedly worked, and is meant to work.)

At the peak of performance of the surveillance machinery, something goes horribly wrong. Data is exposed, stolen, the system breached or undermined, that kind of thing. All the data and analysis is openly available, including the tools to collect it: The backdoors built into our software, the keys to the available encryption, the passwords and saved communications and the network analysis that shows social networks of people. Leaving more or less every person with access to digital communications (all the two billion or so, and counting) immensely vulnerable to abuse of the worst kinds. Dissidents tracked down by abusive governments, journalists silenced, individuals blackmailed or robbed. You get the drift.

But hey, when has a massive central system ever failed? After all, it’s not like someone could just burn a DVD of data or a take a memory stick full of stuff and walk out of a secure facility and expose top secret data.

Oh wait – how did we learn about all of this again?

A new party emerges and gets the popular vote running on a populist, anti-democratic agenda. Think Tea Party to the power of 10, or neo nazis, or fascists of any sort, whatever. Only, this time they have the most powerful mass surveillance apparatus of all times at their disposal. History tells us that this kind of stuff happens. I think we can all agree that’s not desirable?

So where does that leave us? Frankly, I don’t know. There have been calls for engineers to take responsibility and for more political oversight, among many others. Maybe there’s a constitutional course of action, kind of a political equivalent of negligence or abuse of power to hold the government or individual politicians responsible? Maybe introducing term limits like in the US in Germany, too, and maybe in leading positions inside the intelligence community as well?

I have no idea. But I’m pretty sure that just leaning back, shaking heads and becoming cynical won’t cut it. Not if our democracy and freedom is at stake. (End of melodrama.)

On this note, if you would excuse me. I have a demo to go to.