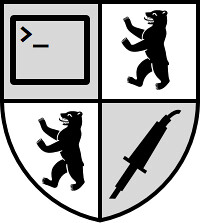 As you might have noticed on Twitter, for the last half year or so I’ve been renting an office with Matt, and one by one, we’ve gathered a pretty awesome crew of collaborators to join us: Alper, Chris and Martin.

We’re not just buddies randomly sharing an office (even though we are, of course, friends), but rather we tried to gather a group with diverse, complimentary skills and interests so we could collaborate on projects.

Needing a Foursquare location to check into when being in the office, and following some heavy punning, the place is called KANT now – shorthand for tongue-in-cheek Kreuzberg Academy for Nerdery and Tinkering.

And KANT is evolving nicely as a breeding ground for collaborations, for shared exploration of ideas, for proto-typing, and of course as a lab and space to bounce ideas off of each other, too.

So step by step, KANT is evolving. We now have a website (including pages for team and offerings to learn more), as well as regular weeknotes to stay on top of what we’re working on.

And just like we hoped, the collaboration-by-proximity is working out nicely! UIKonf and UIKode are two projects that emerged directly out of KANT, but there’s also lots in the corporate-proverbial pipeline as well as lots of Raspberry Pi and print tinkering, some topic sprints in the planning, and further kick-ass events to be held.

So yeah, this is good. Swing by if you’re in the neighborhood!