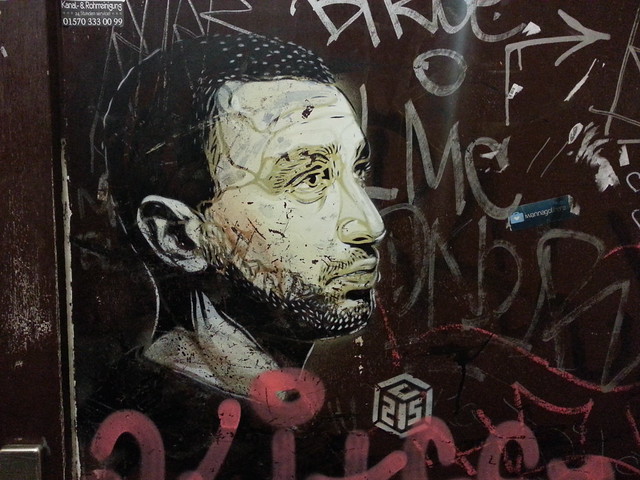 Recently I posted some thoughts on a post/supra/decentralized national type of state. It’s mostly a playful thought play, but based on real-world problems.

A little – admittedly, really just a little – closer to home, but in my view really quite important to tackle, are some major overhauls to get our economy & society up to speed for what we can expect over the next decade or two. (I strongly urge you to check out the MIT’s recently announced Initiative for the Digital Economy, some background on the WSJ.)

In the short term, we need to fix the hassles involved in switching between full-time employment and freelancing. Long-term jobs are increasingly becoming the exception to the rule. It needs to get much, much easier to switch between various forms of employment – from fix jobs to freelance and back, and also hybrid models, sabbaticals, back to school years, parental leave, etc. Particularly the implications, ranging from social security to health insurance to pension plans, are insanely troublesome. (My experience is based on the German system, but over 3 years or so I’ve switched from freelance to employment to freelance; if you look a bit further back, there’s more full-time employment, and more switches.) There’s no reason but legacy to have it as tricky, and to have all the friction and transaction costs involved in mixing – or moving between – various forms of making a living.

For decades, we have been becoming more and more productive, yet job numbers don’t reflect this trend. Rather, thanks to automization, outsourcing and increased efficiency less job are available. This is likely not to be a statistical fluke but rather a long-term trend. Looking at the big picture, this can be a good thing, great even: Our economy is on the rise, we produce more, our society is as productive as ever. In theory this frees up lots and lots of time & energy to do things that don’t, today, get measured as a contribution to society even if they are: elder care, social engagements, art, all kinds of things really. To harvest this extra energy in societally desirable way, we need to make sure that (for lack of a better phrase) “non-traditional work” contributions are awarded the same prestige and priority as going about a nine-to-five job. Today, the social stigma of being unemployed needs to go. And it might be a long shot, but we might need to re-think distribution of wealth. It’s probably the thorniest of problems mentioned here, but as sustainable way forward we might need to give everyone the functional equivalent of a base salary. (Not anything half-assed either, but the real deal. This takes some serious vision and political capital.) Lots and lots of implications that need to be very, very carefully considered. No idea where to start without drifting into some crazy-eyed Marxist stuff (which I don’t think is an option).

Think about it – if you don’t have to work hard to sustain a basic-but-humane lifestyle, and get the option to earn extra on top for any kind of luxury, but are more easily free to explore non-financial gains/ projects/ contributions, too – that’d be quite an interesting evolution of social market economy (soziale Marktwirtschaft is one of the founding principles of Germany after all).

The idea isn’t really new (I haven’t managed to trace it back to its source if there really is one, but it’s been kicking around in some way or another for quite a while). But it also hasn’t lost any of it’s radical new-ness, it’s still fresh so to speak. And it might just be the time to start thinking about it again.

Just to be very, very clear: I’m not talking about abolishing capitalism; it’s a system with massive flaws, but overall we all know how it works and if managed right, it can work quite well. But the flavor we’ve implemented was thought for a different time and hence for a different set of constraints, goals, etc. I’m talking about making sure that contributions to society beyond merely traditionally economic ones are valued on par so that the extra energy freed up by automation & increased efficiency can be harnessed in productive ways.

I wish I could articulate this better. It sounds a bit blurry and all-over-the-place because I’m far from having understood what the real outcome should be. But I think it’s obvious that we need a system where contributions to society count – social, artistic, educational, etc. – at least as much as the kind of economic contribution we tend to incentivize financially through traditional forms of employment.