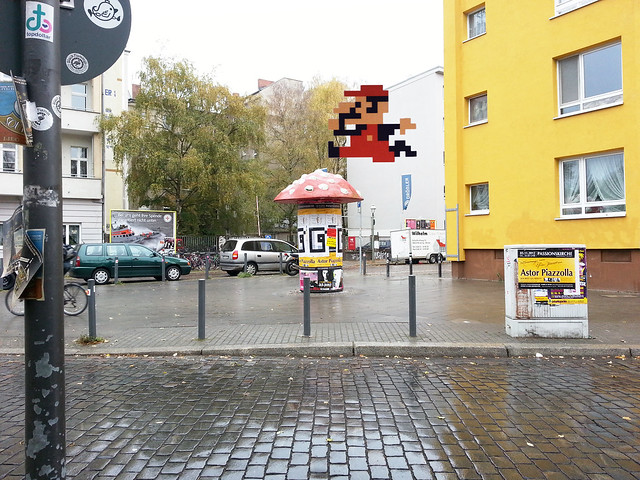 It’s a big experiment, trying to get the in-class experience online – and for free, too – and supplementing it with an online component that consists of groups in email lists, Google+ and any channels the groups might want to use additionally.

I’ve found the course to be a quite interesting experience. On one side, I found some aspects a bit frustrating, and on the other hand I’ve been enjoying it a great deal. Let me try to articulate the pros and cons so you can judge for yourself if this is for you.

The content and focus is great, and there are brilliant and fascinating guests. The in-class format consists mostly of a conversation between two people, a sort of dialog-slash-interview situation, which works fine. There are, of course, the tech problems you’d expect, like the occasional freeze or lag – once between the speakers and the class room (if contributing remotely, which seems the norm), and once between classroom and the remote attendee (ie. me or you). These tech problems, while a bit annoying at times, aren’t too bad. If you’ve survived conference calls on Skype before, you’re mentally equipped to follow a class on Google Hangout. So the “provided” content, while often on a meta level (after all, it’s a class on learning), is top notch.

Then there’s the interactive elements, and here’s where it gets more tricky. It’s a big online audience – I think I remember hearing the number 30K, or was it 40K? That’s a lot of people. They’re broken down into small groups, either self-organized if you put down a group name (I tried to get into “webmakers”), otherwise you’re assigned based on time zones. From what I can tell, groups seem to consist about maybe 15 people.

The mechanism to hook you up with the group is a mailing list – from then on in it’s up to the participants to coordinate. The “recommended” thing to do is start a Google+ community to complement the global G+ community (which has several thousand members).

Every week, there’s a bit of recommended reading/watching, and an exercise to share with your group. Which can be great, or it can become a bit of a problem. Because it’s clearly a course which you get much more out of the more you put in. Not a surprise really, and actually every class is like this, but since it’s designed around learning groups this is particularly true here. Now, for the oldest and lamest of reasons (little time & somewhat incompatible scheduling on my end) I’ve not really contributed much, and instead I’ve been pretty much lurking. Which isn’t a good thing and makes it entirely my fault I haven’t been getting as much out as I liked.

So I’ve been wondering: What could be a good, simple mechanism to help me and others in similar situations to get the group dynamic going?

Maybe a weekly shared watching experience in one room could help to connect, followed by a group discussion? This would at least cluster the time investment, making it easier to set aside a chunk for it. This would mean not watching the discussion live, but not being on the backchannel during the discussion doesn’t seem too much of a sacrifice compared to gaining a discussion group and the video recordings are perfectly fine.

Just thinking out loud – is this something that many folks in Berlin would be interested in? Let’s level up together.