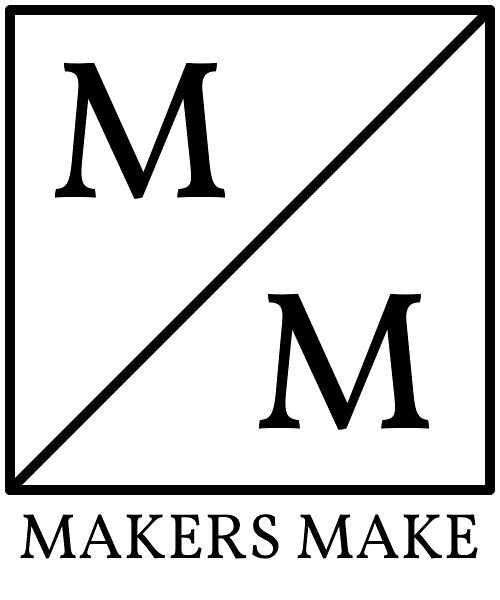 As my time in Buenos Aires comes to a close, it’s time to shine a little light on a thing I’ve been working on with the brilliant Natasha Carolan:

We just started a company called Makers Make. The idea is simple: We believe that making should be easier.

How we work towards that goal is explained – at least in rough strokes – over on the new website, makersmake.net.

Feel free to poke around the (still pretty scarce) site and let me know if you find any loose ends (there are many).

Suffice to say for now that it’s an incredibly exciting space as we get to the point where there’s enough production capacity around to open up industrial 3D printers to external designers – or so we think. This, in turn, means that a whole new league of designers will emerge that takes advantage of new production capacities. We don’t just want to 3D-print tchotchkes, but take it to the next level by allowing specifically for hybrid designs. Think 3D print plus X.

A few personal notes, after all this is my personal blog:

Natasha and I approach this as a project to grow organically, starting off doing this as a side-project. This also means that of course I’ll keep working on all my client projects, as well the major side projects – namely The Alpine Review and UIKonf – as well as a couple that are still in various stages of prototyping. The company is registered in London – we shift stuff (including ourselves and our attention) between London and Berlin as we need it, and if things work out as we hope we’ll take it to other places as well.

For now, we’re at a very early stage and things are still pretty fluid, the way I like it until more formal structures emerge.

Also, a big, big thank you – not just to Natasha, but also to Alexandra, Alice, Ronen and all the others who’ve shared their insights and encouragement.