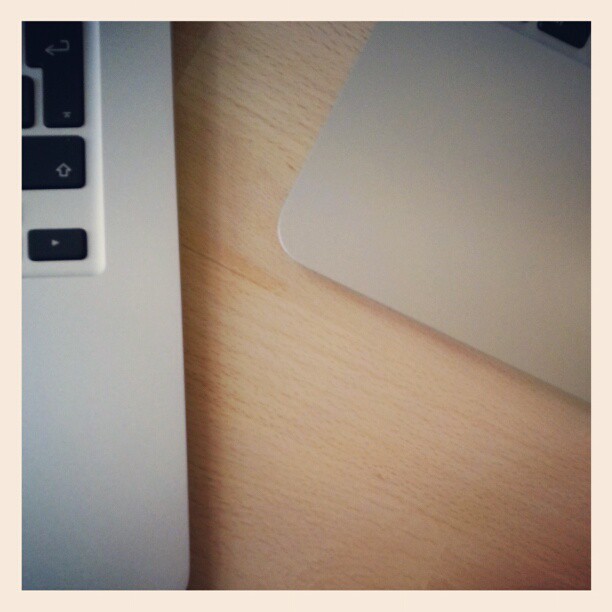 I’ve been posting the Tools I Use, ie my gadget and tech setup, a few times by now. It’s a simple way to help share recommendations, and just like The Setup, which I’m somewhat addicted to, it can help others figure out their own tech setup. So here goes another one, as I’ve recently updated a few things.

I was a bit miffed when I learned that Google would start selling the Nexus 4 (the pure Android flagship phone) just after I had bought my S III, but I realized I’ll be quite happy with it for awhile to come. The size takes some getting used to – the thing is huge! – but now I have a hard time imagining to go back to anything smaller. (It’s funny how fast we adapt to these things.)

There’s on drawback for the S III, and that’s the software it ships with. As it’s not straight from Google, it comes with Samsung’s flavor of Android, in other words an extra layer of software on top of the operation system. That has a number of advantages and drawbacks.

Pro: The software is customized to fit the hardware perfectly. For example, the photo software that it ships with is lightning fast.

Con: Anything else. It’s less well designed, it’s full of bloatware (although not as bad as expected). My biggest problem with not having the pure Android experience is that it takes much, much longer to get the most recent updates. So currently I’m running it on a Cyanogen mod nightly build, which is all good and fine for me personally, but if you just want to use your phone and not spend a few hours geeking out with your phone to take full control, it’s a bit of a turn-off.

That said, with the Samsung layer scraped off it’s a brilliant phone. (And if you’re not as obsessed with getting any bloatware of your phone as I am, the out-of-the-box version you’d buy might still be brilliant.)

I love how Android has been evolving more recently, and have less and less phantom pain for not having access to iOS by the day. This is a purely personal preference, of course, but I live inside the Google-verse, and hate a lot of the product decisions Apple has made over the last few years, like stronger iTunes and Facebook integration just to name a few. But I digress.

Long story short: I fully recommend the S III, but buying now I might go for the equally powerful and less pricey Google Nexus 4.

Another member of the Android family, I just got a Nexus 7 tablet. (The 7 stands of the screen size of 7 inches.) It’s the larger model with built-in 3G support, so I can take it on the road. Relying on wifi too much isn’t my thing. The setup, thanks to the Google cloud, is extremely fast and comfortable, and moving all Android apps to the new device is a fast, painless, simple process. Never having owned an iPad, I can’t speak to how it compares directly. What I can tell, though, is that the Nexus tablet has instantly found a good place in my daily routines and workflows. The killer for me is the ability to read anywhere that’s not my laptop, where too many distractions (like work) will keep me from reading longer texts. So I send articles mostly via Pocket (formerly Read It Later) for comfortable consumption. That, and occasional surfing or watching a video while traveling, has been quite enjoyable and I can see that last for awhile.

Also just upgraded to a new Mac Air, but since I just set it up and there’s not that much difference over the old models except for the usual evolutionary performance upgrades, there’s not much to say except: While not a machine for developers or if you render a lot of videos, it’s more than powerful enough for your average power user like me. Just make sure to buy the top of the line model with the extra RAM and larger SSD drive and it won’t disappoint.