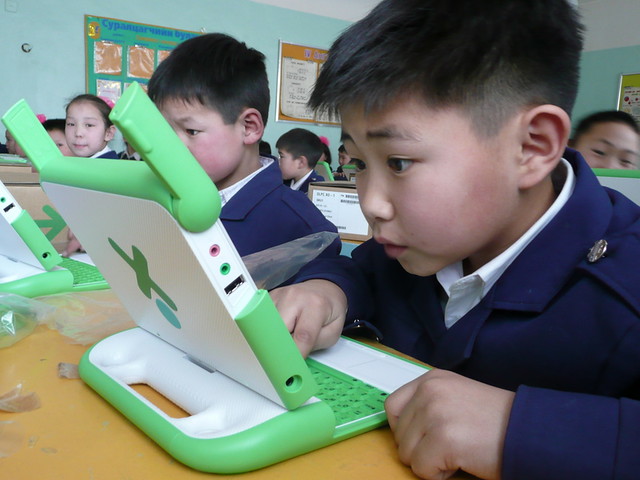 Image by One Laptop Per Child (CC by)

As BoingBoing reports, a leaked memo indicates that AT&T will introduce a creepy and stupid policy: If a user is suspected of copyright infringement (by which means is unclear – Hadopi style maybe?) repeatedly, AT&T will block access to Youtube and other sites and instead re-direct that user to an “on-line education tutorial”, and only after completing said tutorial will allow their users again to access the web as they please.

All the enforcement issues and the details of this particular instance aside, the political implications of what’s been going on in the world of copyright enforcement over the last 10-15 years are so creepy and skewed that it’s hard to believe we’re still even talking about this. And that a company would still even consider the option to screw their customers without a legal warrant or equivalent, just like that. When did that become acceptable?

I’m guessing that in 10 years or so we’ll look back at this era and laugh about it like today we laugh about Cargo Cults.

Unless, that is, we won’t be laughing about it because this is still going on, but then it’d be a world I wouldn’t want to live in.

Catch up to the 21st century some time soon & find business models where you get paid voluntarily without suing or surveilling anyone?