Update, Feb 04, 2014: Someone just asked on Twitter how much this post is still applicable after two years. I’d say if you move up the sliders for “startup ecosystem maturity” and “cost of living” by a notch or two, it still holds up. (Fun fact regarding some companies mentioned below: Soundcloud and Readmill are still going strong, Amen and Gidsy have been sold – which confirms my previous points.)

At least a couple of times each month, someone pings me to get a better feeling for Berlin. “Do I want to move there with my background and in my situation?” I try to share what I know and help when I can. The pure number of times I’ve discussed this in some way or another merits a few notes.

Please note that I don’t work in a startup myself, even if there’s a lot of startup in my life. So I’m somewhat of an outside observer here, but hopefully it’s helpful anyway.

The answer is a loud and clear: maybe. There’s tons of hype around Berlin. Where there’s hype, there’s hyperbole. So take it with a grain of salt. There is a (quickly growing) number of high potential startups. My impression is that this is mostly thanks to a very small and tight-knit group of young entrepreneurs. Over-simplifying a bit, I’d say that the good folks at Soundcloud kicked it all off, followed closely by the also great folks of Readmill, Amen, Gidsy. It’s no coincidence that there’s lots of love between these companies on all levels. Now there’s critical mass of sorts, and that attracts more interest of other entrepreneurs, of VCs, Angels etc. A virtuous cycle. The beginning of an ecosystem.

We’re seeing the early stage here, the tip of the iceberg. Let’s be clear: In terms of maturity of this ecosystem, Berlin is nowhere near Silicon Valley, New York or London. But there’s tons of potential. Give it a year or two and the first round of exits and we’ll see more money and energy pumped into the overall ecosystem.

Berlin scores high on the “soft” factors. Work hard, play hard? Berlin is strong there. Costs of living, though rising, are low compared to London, Amsterdam, New York or San Francisco. Apartments are bigger, stress is lower, beer is cheaper.

Berlin’s nightlife is always hailed as the one of the world’s most energetic and eclectic. Probably true. But what if you don’t go clubbing three nights a week, or three days non-stop around the weekend? 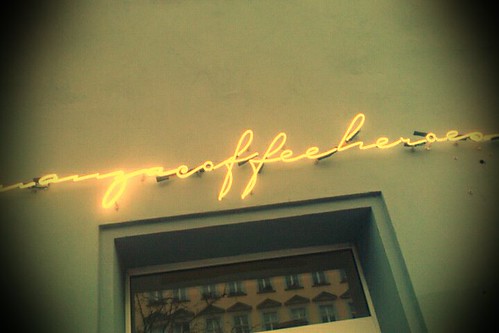 Worry not, there’s plenty to do. Berlin sports fantastic restaurants, a blossoming coffee shop scene, and entertainment of the more traditional (theater, opera, galleries) as well as more cutting edge varieties (digital arts, activities of all sorts). You name it, you’ll find it.

Is Berlin made for you? Are you made for Berlin?

So, we established you won’t get bored. There’s other factors that merit consideration.

In Berlin, you’ll also often encounter a strong anti-corporate, anti-commerce, anti-gentrification attitude that often surprises Americans visiting town. It’s part of Berlin’s history and part of a larger global narrative. Sometimes it takes some odd shape or form in Berlin, but it’s something worth considering.

In Berlin’s bars and restaurants, it’s not uncommon that smoking is allowed (and practiced heavily). Smoking was banned in restaurants a while ago, but after a series of lawsuits and appeals I’m not sure what the legal status is exactly. I can tell you, though, that while it’s possible without too much hassle to find a non-smoking restaurant, it’s a very different story for bars. I’m not judging either way, but it’s important to know as it might have an impact on your life if you move from San Francisco, London or New York.

This being a big city, you’ll find just about any style. Yet, the part of Berlin that most startup hype articles talk about is mostly centered around the four districts that after Germany’s reunification – that brought down the literal wall dividing the city – that lived through the gentrification fast track: Mitte, Prenzlauer Berg and Friedrichshain formerly were East Berlin, and the reunification led to a mass exodus of the former inhabitants, leaving behind run down houses that offered ultra cheap rents. Squatters, artists and students moved in, creative industries followed first, then rent hikes, renovation, more mainstreamed lifestyle. You know the story, it’s the same as similar neighborhoods around the world – just maybe a bit faster. Kreuzberg is the fourth of the districts. The only one in the former West (don’t try to match East/West on the map, it won’t work in Berlin, Kreuzberg is actually in the South East corner), Kreuzberg used to be fairly poor and predominantly Turkish and left-ish. It was the hotbed of Germany’s 60s student revolts and – from 1987 until just about last year or so – featured annual Labour Day riots (Wikipedia de/en). 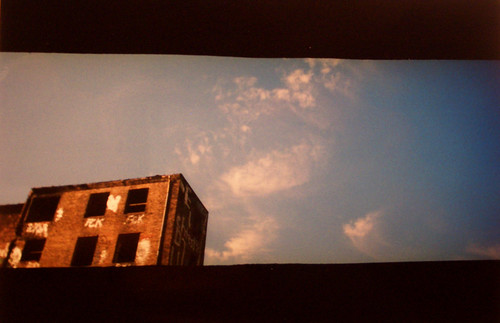 All this stuff is just to give you a better feeling of why some things seem different here: It’s because they are. History runs deep in Berlin, and it’s all pretty recent. The wall came down about 20 years ago, in some backyards you’ll still find bullet holes from WWII. That’s also why Berlin is changing so fast. It’s a canvas, and it’s painted and re-painted by lots of folks simultaneously. Startups are just one of many forces at work. 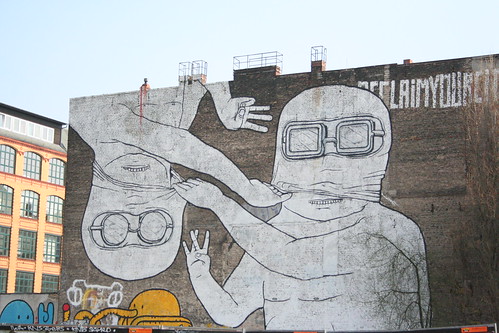 The city plays a special role within Germany. It’s the capital, but it isn’t all love. Berlin’s debts are ridiculous (some 60b), there’s no traditional industry to speak of, unemployment is high. For decades, Berlin lived off subsidies, which led to great universities, operas and museums, but also has never been financially self-reliant. Many German stereotypes won’t hold true in Berlin, which is probably a good thing. Just don’t confuse the city with the country. Again, it’s the same in most countries – New York is hardly really representative of the US.

In the startup world, everybody more or less speaks English. On the street, in the districts mentioned above, you’ll get along with English as long as you’re not asking for things all too specific. Bars, restaurants and shops will be able to help you in English, but maybe don’t try to negotiate some complex nutritional detail. I highly recommend learning at least basic German, as it will dramatically improve your experience. 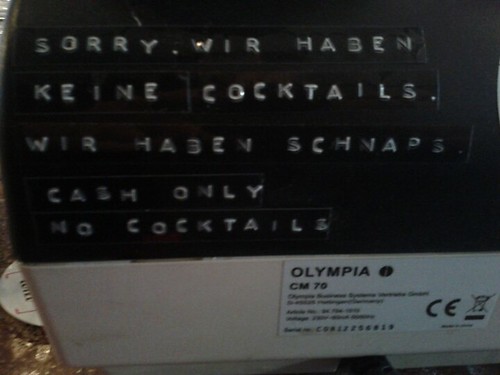 Office hours and shop opening times might seem odd to some – Sundays are mostly closed, Saturdays can lead to different opening times, restaurants sometimes close on Mondays. There are some rough patterns, but in Berlin often times things are improvised, so if something’s closed when you expect it to be open, don’t sweat it. It’s not uncommon that a cab or restaurant won’t accept credit cards, so make sure to bring cash. Service is usually friendly, but not necessarily provides the level of thoughtfulness or attentiveness you might appreciate in London. The dominant style is shabby chic, which is where Berlin scores high.

You got to like that, or Berlin isn’t for you. Personally, I love it, so I’m in heaven here. 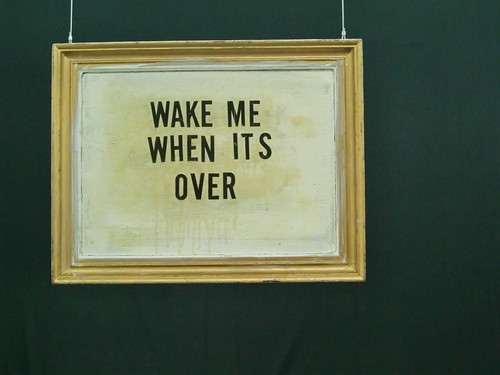 Also, sometimes visitors mention that the city seems very laid back. That’s because it is, which is both boon and bane. There’s less hassle, less hustle. Coffee meetings can easily take an hour or more as personal lives are discussed along with business, and office hours start comparatively late (don’t try calling a startup or agency before 9 or 10am). Some call that slacking, others call it quality of life. You’ll have to judge for yourself.

What about my partner?

If you consider moving here with a partner or family, you might want to consider the options. Maybe for a time one job might be enough to support two or more as costs of living are lower. On a startup salary? Maybe not so much. The overall economy is weak in Berlin. So if your partner works outside the startup world, things might get more tricky. There will be less jobs available, and in most other industries German is the predominant (often only) language spoken inside the company. I don’t know enough about English or other language schools for your kids, so you might want to inquire ahead. Ask the expat you trust – one of them certainly lives in Berlin. Also, German paperwork can be tricky, so you might want to talk to a relocation service to take the hassle out of moving so you can hit the ground running.

These are some of the main things I think it is important to be aware of. If that sounds good to you, then you’ll love it here. If not, then maybe London or NYC will be a better match. Hope that helps with some of the early stage questions. Did I forget anything?

I have a boring financial question – are there any websites where I can get a clue about salaries in Berlin?

You forget that there is a huge difference between summer and winter. Winter in Berlin can be a horrible experience. It is dark and cold and windy. Make sure you have a proper heating system in your flat. Summer in Berlin on the other hand, can be very nice. There are good parties outside, the sun sets very late and there is a nice countryside with lots of lakes around Berlin.

Yes, ehm what about the weather?…since you compared the city with San Francisco!…how can you get used to that! and ehm , yes you need German….many shop assistants, in not far out areas, but i’m talking of Prenz here for example, do not speak a word of English – so you need it believe me….

the nightlife is good, but come’on nothing compared to London! also foodwise, if you are used to London you’ll be disappointed – internationl food cuisine here also tends to be prepared following German tastes..

Happy someone wrote this down finally. I will pass it on. :)

Excellent post, Peter. Kudos for taking the time to put this together. (small typo in capital instead of capitol).

I’d add that on a city/state level, Berlin has tons to catch up to compared to SF, London or New York. If not for wider industries, the city of Berlin has the chance to make the technology sector a top priority (first and foremost by streamlining bureaucracy). Wowereit needs to start paying attention, the way Bloomberg, Ed Lee and Johnson did.

Just recently, Ron Conway and the new mayor of SF, Ed Lee, announced an initiative to bring (and keep) jobs to San Francisco (as opposed to Silicon Valley): http://sfciti.com/

Excellent amount of info in here – thanks for putting it all so clearly! This pretty much sums up the Berlin I know.

Great post! I live in Berlin as well and get so many questions about the lifestyle, job prospects and cost of living. I will just send this to anyone who asked me about this in the future.

Thanks! Super cool. I’m sending this to people I know who are relocating!