It’s become a tradition for me to write a little wrap-up at the end of the year, both to remember, and to remind myself what the year was like. So this is mostly for myself, but I hope you enjoy it, too. 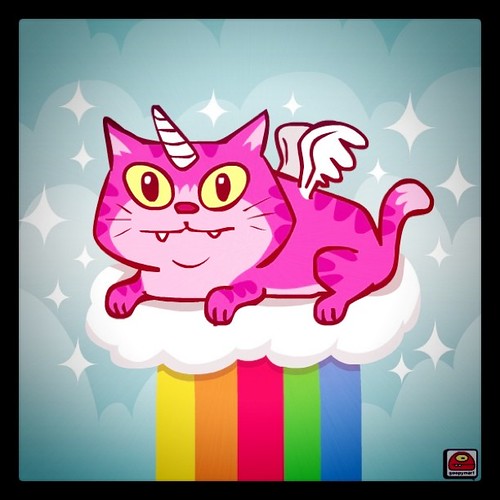 Image by Goopymart, some rights reserved.

I love traveling, so I do whenever I can. Luckily, my job allows me lots of trips. According to Dopplr, in 2011 I took some 33 trips to 8 countries. Which come to think of it doesn’t sound that crazy, but it’s an average of almost 3 trips per month, which is nothing to scoff at.

My company Third Wave recently turned one. This is certainly the biggie in this annual wrap up: This year for me was largely dominated by our company, which I’m told is normal. Last year this time we had just kicked off, and were just getting organized. This year we have a bit more than a full year under the belt, and that’s a different story altogether. For one, it means that our little enterprise made it through the first year, which is when most new companies fail. So that’s good.

There’s a lot to learn when starting a company, so I’m learning a lot. Some things are more explicit (how does book keeping work?), some more implicit (leadership, criticism, self-analysis, presenting and representing, and overall thinking more like a CEO than a freelancer). All of these are very useful skills way beyond work, so I’m thankful to be learning more about them in this context, for this purpose.

Also, after 15 months we know that not just the company works, but that the three of us also work well together. Obviously we were confident that the team dynamics would work out, but that’s the hardest of all things to plan. I’m enjoying it tremendously to be working with Igor and Johannes, and to see where we can take this whole thing. 2012 will be a good & exciting year.

Early in the year, I had the chance to co-organize a conference, Cognitive Cities Conference, CoCities for short. We did that between our company Third Wave, our office mates Your Neighbours (now Gidsy) and a loose group of friends and freelancers. It was an intense and quite excellent experience. Once you accept that sleep is overrated and go all in, nothing beats the adrenaline high you get from a conference going strong. Plus, I got the chance to meet a big group of very smart and interesting folks both at the event and in the aftermath, which I’ll always be thankful for. In 2012, we won’t run CoCities again, but we’re putting together a number of smaller events.

In 2011, a number of excellent personal things happened. After a few years, M. and I found a nice place and moved in together, which turned out great. In a relatively rare family trip, my sister and I took our mom to Amsterdam, good fun all ’round. In terms of friends & family celebrations, my dad turned 70 with quite a party, close friends got married and other friends pregnant, and there were some job-related level-ups. I’m happy for all of you!

In unrelated news, I was crowned as winner of the Tacky Gift Contest (2005-2011). Two friends from Australia and I have been having an on-going contest on who could find the tackiest gifts possible (certain rules apply, and the budget is set in advance). In each round, two would buy gifts, the third would judge. It’s much more fun than it might sound like, and it’s a tremendously social experience. In fact, I didn’t manage to stay in regular touch with many of my friends from when I lived in Australia, but I still am in touch with 100 per cent of the Tacky Gift Contest contestants. Anyway, I won, and I have a PDF to prove it and all. We’ll open up round two of the contest, and this time it won’t take six years to complete.

I’m writing this at the beginning of a series of short trip to visit friends & family. For the next week or two, I’ll be largely off the grid, but friendly words and friendly faces are always welcome. That said, enjoy your holidays. See you on the other side.