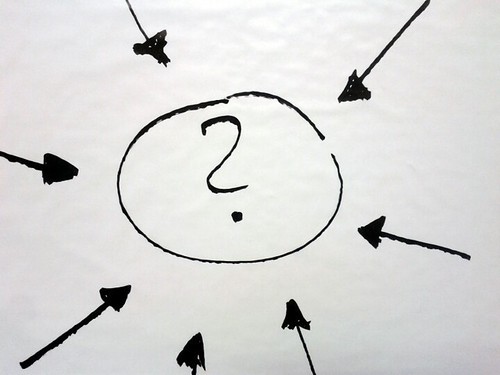 It’s where emerging technologies – tech vectors, really – cross that truly new stuff happens. It’s also where bits and pieces, building blocks of more or less well-established technologies can be combined into something new that might be bigger than the sum of its parts. Or into something that’s completely and utterly banal, but maybe playful or just nice.

In either case it’s these intersections that I find most interesting to watch.

The Little Printer is many things: A device to output digital information on paper. The output end of a larger infrastructure, a cloud service that BERG has built, that on the input side extends to a set of smartphone apps. It’s a physical manifestation of a process that BERG has been working on for a long time, namely to also be able to design, produce and deliver physical goods. (The other physical manifestation was the recent comic book project SVK.) And it’s a little printer, of course.

Now what I find personally fascinating here is this.

The Little Printer isn’t really anything groundbreaking, anything truly new. It’s a glorified receipt printer. Many printers have been hooked up to the web, to Twitter, to data streams. (BERG openly acknowledges them, too.) Quite a few folks on Twitter have been poking fun at the LP for that.

Yet, there’s something different about this one, other forces at work, so to speak.

One, some very subtle design tweaks make the Little Printer quite adorable. BERG is very, very good at making things adorable that shouldn’t possibly be adorable. It’s a friggin’ receipt printer, yet I want to hug it. Of course that’s mostly done through the images they used in the announcements, with the little face inside the printer etc. I imagine it’s a few of the shapes and colors, too, but I wouldn’t be able to reliable say. (Designers, got any hints for me?) I’m not sure if making technology cute is the best, or only, way to go, but I have to say: It works for me.

Two, there’s a decent, solid set of initial launch partners that give you the kind of content to print out that makes it easy to imagine how you’d use the product. Weather report, tweets, shopping list, it all makes sense. Again, I’m not sure if you really need explicit launch partners for a printer, but they have them, and it seems to work.

Three, it’s entirely and utterly banal, anti-climactic. It’s an entirely unthreatening bit of networked technology that prints out mostly harmless pieces of paper, when you press a button on your phone. I can totally imagine this thing blending right in – in my kitchen, on my desk, in the living room. Anti-climactic technology is lovely. Shrug tech: Do you mind me putting the printer here? Nah. It’s ubicomp in human shape, or maybe rather in humane shape. It’s brilliant that way.

On a meta-level and big BERG fan, of course I’m also curious to watch go through the learning process of producing physical goods.

But as it stands, I can see myself getting two Little Printers, one for the office and one for my kitchen. I’m not sure what I’d use it for, but I’m pretty sure that I’d use it. In an entirely unthreatening way, to print mostly harmless pieces of paper.