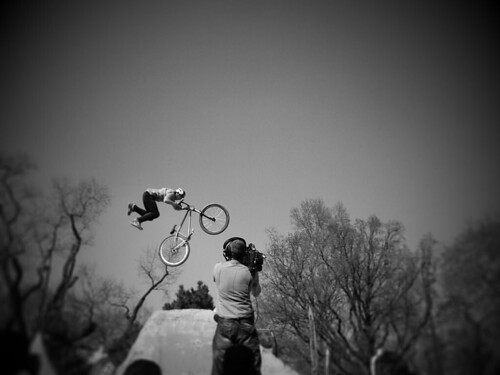 It’s been terribly quiet here lately. My apologies. Things are getting more and more crazy. My last blog post had just summed up my last trip to New York and Austin, and since I got back I was on two short trips already, first to Vienna to do some plotting and give a little talk, then to the tiny town of Caputh for an internal strategy thing with the guys. After the weekend I’m headed to Hamburg (client work) for one day, then Wednesday to Republica just for the day (say hi!), then straight off to the airport to head back to New York (client work). In between I was asked to be a judge at the Lovie Awards, which I’m quite curious about. Yes, it seems like it’ll be that kind of year. This is exhausting, but I have to admit I dig it. Getting the chance to go to NYC that often is a bit of a mindfuck, really, but in the best way.

In other words: I don’t know where my head is right now, but it seems like everything’s moving in the right direction.

Active projects: Awesome Foundation Berlin, finding a new office, finding a new apartment, Likemind Berlin (next Friday!), getting ready for summer in Berlin – hands down the best time to come to town if you’re considering it.

(Projects on the backburner at the moment: Public Transportation Hackday, pretty much everything else.)

In other words, I’m not complaining, but I guess I should be trying to cut down on some stuff over the next few months ;)

For brief updates in between, ranging from random snippets found on the web to quotes or photos, I recommend heading over to my Tumblr or Twitter (note, new name: @peterbihr), where I’ve been posting much more regularly.