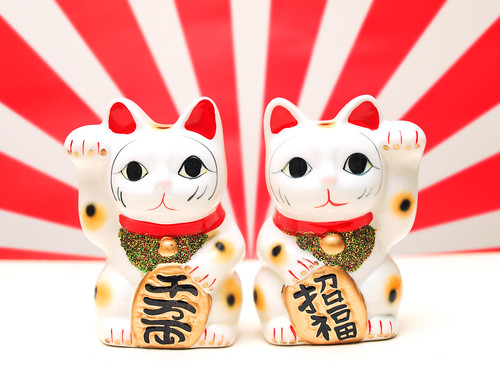 As round-ups go, they tend to be more interesting for the author than the readers. Like every year I say:

The longer version below will be more interesting for me than you, probably. If you skip this post I won’t be disappointed. I promise ;)

So bear with me, and feel free to skip this one. Or comment away, whichever you prefer. I always enjoy hearing from you.

So here’s my 2010, a year that turned out to be a nodal point for many vectors going on in my life, and that I certainly won’t forget. Also, a year that felt like it set the course for a whole lot of awesome stuff over the coming years. Onwards, in bullet points!

Biz! Business-wise, it was a year that had a (surprising, for me) focus on broadcaster clients. As opposed to 2009, which was all about politics and political campaigning, 2010 brought plenty of work for public broadcasters, and a few publishers. You could think I turned into a media guy. (Fear not!) Super interesting to learn more about the ways large broadcasters work, and learn about the challenges and opportunities they face adapting to the social web. That was the first half of the year, as a freelancer. The second half was dedicated to starting a new company – see below.

Learnings! Early 2010 also brought some insights into long-term planning (diversify!), as well as the notion that good tax advice is totally worth it (ouch). Note to self: read this, every year. Some mistakes are too dumb to repeat.

SXSW! Early 2010 also brought me to Austin, Texas, for SXSW, and before to NYC for a few days. My close friend Igor Schwarzmann joined in on that trip, and of course we had a blast both in New York and in Austin. What none of us were expecting at that point is that our conversations there would eventually lead to Igor, Johannes and me founding a company just a half-year later. (More on that later.) Also, until about 48h before the conference kicked off I had no idea I’d be hosting a panel at SXSW. Phew. Good stuff, but phew.

Trips & travel! According to Dopplr, 28 trips lead me to 15 cities in 6 countries. Roughly the same as the year before (and likely much less then next year), but what a time I had.

Conferences & conventions! I had planned for a while to cut down on conferences and only attend the ones I definitely wouldn’t miss. This year, the conferences & conventions I attended were SXSW, republica, reboot/Ersatz, Picnic and Mozilla Drumbeat – not a single one I would’ve wanted to miss! In addition I co-organized Ignite Berlin and TEDxKreuzberg, both of which I enjoyed a lot, too, thanks to our great speakers and audience.

Punditry! Just kidding. I’m not a pundit (haven’t ever been one). However, I was psyched when my friend and long-time collaborator Dr. Max Senges invited me to be a member of the Google Collaboratory on Internet & Society. Also, much more media attention for all my pet projects than expected.

Research! Somewhat missing the kind of in-depth digging you can do in an academic context while studying, Christoph Fahle and I did a mini study on the social situation of coworkers at Betahaus Berlin. This wasn’t just one (of many!) collaborations with the fantastic Betahaus crew, it also shows that the good folks working at Betahaus and in coworking spaces across the city are advancing the city’s creative industry against some pretty messy circumstances (in terms of support by the government). Keep it up folks! The same goes for Betahaus – these folks have established themselves so firmly in the city’s landscape, and become such a focal point for all kinds of awesome activities: Thank you guys!

Third Wave Berlin! Before heading over to SXSW in March, Igor, Johannes and I had joked about collaborating at some point, but I believe that none of us had ever considered it for real, or anytime soon. (I certainly hadn’t.) But energized at Austin, and after a quick round of emails and conversations, it dawned on all of us that we all were at a point where we knew it was time to move on to the next level. And not just that, but also that we were at a perfect point in time, and pretty darn great position to start our own thing. And after some brainstorming and hand-wringing, and a lot of laughing, we found a name for this gig (Third Wave) and founded the company as quickly as our planning and our ongoing contracts allowed. From the very first idea (mid-March 2010) to launch (4 Oct 2010) it was hardly half a year. (Not bad, given that most work contracts in Germany won’t allow you to quit in less than 3 months.) And after the first (almost) three months I have no doubt that this was the absolutely right decision. There isn’t a day where I’m not happy about how things are evolving. (Thanks, guys!)

Thanks! So 2010 has been quite a ride, and I learned plenty. It was an intense year, and a fast one, and for next year I’ll probably change gears again and turn it up another notch (“to eleven!“). But what really blew my mind was the incredible support I got throughout the year from a whole bunch of people (none of who owed me anything), who just shared so many things, including the insights, experiences and nerves of steel, with me, and also with my co-founders. I really hope I can pay all this back, or forward, at some point. (Thank you so much – you know who you are.)

Awesome Foundation! One of the small ways I found of paying it forward is the Awesome Foundation, of which we set up a Berlin chapter. We already gave out our very first grant, so watch out for more! Also, I hear that the chapter is about to grow by quite a bit – and it makes me really happy to see so many people in Berlin (!) are willing to pitch in with their private cash (and with absolutely no business interest whatsoever) to foster awesome projects that wouldn’t happen otherwise. Go Awesome Foundation!

Next year! Next year will bring next steps on all these axes lined out above. One I’d like to point out (besides of course going back to NYC and Austin for SXSW) is an event I’m co-organizing: Cognitive Cities Conference (#CoCities), a conference focusing on the future of cities and technology, that we’ll hold at the end of February 2011. It’s kind of a nodal point (in Gibson speak) for me, the manifestation of both a group interest (emerging from Cognitive Cities blog), the topic cluster around smart cities, tech, data and urban planning, and a stress test for our company’s multi-tasking abilities ;) I’d love to get more involved, both privately and through work, in this field, and running this non-profit conference through our company allows me to do just that. Also, it’s a proof of concept, so to speak, insofar as the way CoCities came about might also work as a template for future emerging interests and ways to apply these interests, or rather to transfer them into actions.

Private! While I share plenty online, I’ve always felt that some aspects of personal life should stay largely off the web, and I’m standing by that rule of thumb. So let’s just say I’m very happy. (Again, thanks to all my friends and M. – You all rock!)

Off the grid! All that said, as of next week I’ll be off the grid for a few weeks, on a serious vacation with no (ok, maybe a little) connectivity. Thanks for the ride, and talk soon!

Photo by mr.beaver (some rights reserved)

Well, that was a great review of your 2010. Interesting how Third Wave was born and to see how it is making progress. Wish you all the best for 2011!