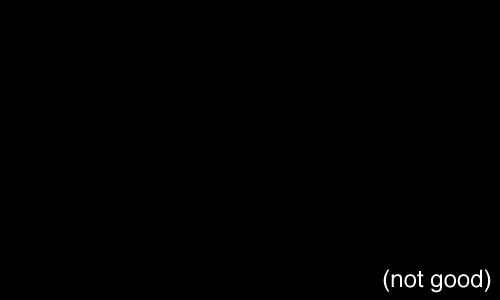 It’s a sad day for Germany, and an infuriating one. The law hasn’t passed yet, but the major parties have agreed (Netzpolitik.org, in German) to introduce net censorship in Germany. It’s all under the pretense of protecting children against abuse, but the draft of the law clearly shows that it will neither protect children nor put a limit on the distribution on videos of child abuse. It also shows how badly an unhealthy mix of under-informed politicians and overly symbolic politics can go wrong.

The German government will censor the internet. What country am I living in?

I am seriously stunned as I’m writing this. How could this come about? Von der Leyen, the conservative Secretary of Family Affairs, pushed this piece of legislation hard and actually managed to get not just her party (CDU) but also a large chunk of the German Bundestag to agree to legislation that clearly they haven’t read don’t understand the scope of, mostly by using harsh rhetoric and fake statistics, pretending she knows how to fight child abuse. Never mind that even conservative newspaper Handelsblatt stated: It’s official, von der Leyen has lied. (Some conservative politicians as well as lobbyists have already stated that other content – copyright infringements, gambling, violent games – should also be considered for blocking.)

Personally, this troubles me on several levels. These laws clearly intrude my private life as someone whose private and business life revolves around the net to a large degree. Also, the Social Democratic Party (SPD) had the chance to stop this madness by withdrawing support and didn’t – despite a wing within the party strongly opposing the whole censorship project.

I’m an adviser to the online youth election campaign of SPD. Panorama3000 and I organize the online campaign for Jusos, the SPD’s youth organization. (The Jusos oppose censorship plans; former head of Jusos Björn Böhning lead the intra-party stance to stop the censorship plans.) Both on a personal level and as a campaigner I must say agreeing to this legislation hurts democracy in Germany, and the ongoing election campaign.

To clarify, and as full disclosure: I will continue to support Jusos in the election campaign; I still think SPD is one of the very few sound choices in the upcoming elections (the Greens being the other), but that’s a personal choice. The thing is: We all need to make it clear that we oppose censorship. This is not something that just affects the geeks and nerds. This affects all of us.

How could we get to this point? This is ridiculous.

After this decission, the SPD is no longer one of the very few sound choices in the upcoming elections. Bye bye, SPD.