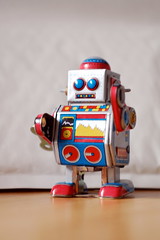 Ever since the financial crisis hit the stock and real estate markets, there’s been a fair bit of discussion about its impact on the web scene. Venture capitalists Sequoia made some powerpoint slides that became quite famous. That was one month ago. (Others, more recently, have been way more positive. Describing the atmosphere at Web 2.0 Expo Berlin, Nancy Williams speaks of optimism, which would be my interpretation as well.) Ever since, I’ve been asked a lot by friends and colleagues if I felt a downturn in business (short answer: no) or if I expected to see one (short answer: not really). It got me thinking about the role of Social Media in times of crisis; here’s a brief summary of my thoughts.

Social Media, I think, won’t suffer through the financial crisis, not at all. Quite the contrary, really: Even if the crisis killed the ad market (which I don’t think it will), Social Media will at least stay very stable. Rather than that, I assume they’ll grow even quicker than before. This isn’t simple optimism at work here, but rather a mix of both the work-related requests I’ve been getting over the last few weeks and months, and of some very simple reasoning:

Where users/customers/guests are insecure, they are less likely to spend money on products, services and companies they don’t know. Instead, they turn towards trusted sources: Ones they know personally or that are recommended by trusted folks. Trust must be earned. And that’s the core business of Social Media.

I don’t know about you (but I’m curious, please share in the comments), but I base my purchase decisions on a mix of research, instant gratification and recommendations by experts and friends. (If you’re lucky, the latter two overlap.) My extended network plays a crucial role there. Yes, I’m speaking of the folks I interact with primarily online: via Twitter, Skype, my blog. This is where the mavens of the web world hang out, this is where I turn to advice (and am being asked for advice, too).

So, short and simple: If someone has money to spend, they won’t throw it at a random faceless company. They’ll turn to those brands who’re open and approachable. They might even speak to them before deciding. And you know what? That’s good for both sides.

Example? Before buying my beloved messenger bag from Alchemy Goods, I had some very specific questions about it. Within a few hours the owner himself, Eli Reich, had answered them in a brief, but informative and personal email. I got it right away, even though it meant ordering a bag all the way from Seattle to Berlin and picking it up at the customs office. And I couldn’t be happier with it. This might seem weird, but I don’t think I’m the only one thinking like this. Lesson learned #1: Listen and respond to your customers. Lesson learned #2: It doesn’t matter which tools you use (Alchemy Goods isn’t on Twitter) as long as you get the basics right.

So am I worried about the financial crisis? Not really. (Knock on woods!) Actually, I’m pretty psyched about the way Social Media will hopefully be embraced by companies outside the tech sphere now. Let’s see where it’ll all go!

a) well, it depends on what your definition of “kill” is. techcrunch has been reporting (including today: http://www.techcrunch.com/2008/11/16/online-ad-growth-grinds-to-a-halt/) that internet adspace has been declining. iirc, they reported that even before the crisis online advertising was slowing. besides, techcrunch continually reports on layoffs by media companies (to be fair, i think most of them are startups).

b) for social media tools to go mainstream, it’s not just one trusted friend that has to be on a certain tool, but rather a critical mass of your friends. even with “aggregator” websites (which seem to be the upcoming trend, as i gather from techcrunch’s reviews of new startups, as well as google’s openid), i think there’s a certain fatigue people have with adding new social media tools if they’re already on one or two (good example: technorati’s state of the blogosphere indicated that 94% of blogs are dormant now). so perhaps social media will still attract money, but by working with niche markets (i guess ‘long tail’ stuff)

c) but even with ‘long tail’ markets im not so sure either. forrester released a report on bringing web 2.0 to businesses and they basically indicated that a lot of business types who tend to be conservative with new decisions are apprehensive about applying social media tools at the office. i can send the report to you if you want.

regardless, unless companies have a model that is not based on advertising, im not too sure how they can make money. but beyond that i think also i guess i see the potential for social media high in smaller, niche markets (my nachmieterin was telling me about a website like facebook that is closed, so every random person can’t find you and friend you), and for a web consultant such as yourself to help someone execute their idea, but i think the financial crisis (less potential for ads) plus people’s fatigue with being inundated with information and contacts will cool the industry for a while.

Thanks, P., for the in-depth feedback – highly appreciated and spot on. I agree with what you say on fatigue, which obviously hits mainstream users much faster than those of us who check out dozens of services in a month.

About the slower ad growth, that sure will be a downer for a lot of ad-based services, no doubt about it. Also, venture capital is a lot harder to get these days than just a few months (weeks!) ago as VCs are unsure of what to invest in. (However, as was just pointed out to me they can’t just sit on their money either, they need to invest, so I expect that to pick up again rather soon.) The companies who are up and running have little to fear, their investors won’t just pull out if they’re doing a good job.

So there may be a problem for a number of social media services. However, I was trying to look at the bigger picture, the state of Social Media as a field (and in upper-case ;).

For organizations of all sizes, from small owner-run businesses and non-profits to huge international corporations, fostering relationships of trust with their customers/stakeholders/clients is crucial, especially in times of crisis.

Social media are one of the tools that enable just that. So even if some (a lot? a few?) services and startups go down, I’m convinced the ideas, concepts and mechanisms (maybe even the technology) behind many of theses services will survive and grow. They have proven successful and will continue to do so, if I’m any judge.

So yup, you’re absolutely right, it might cool the industry for awhile. But the ideas are still hot…