Yesterday I had the chance to see the opening of Ronen Kadushin‘s Open Design exhibition at Appel Design Gallery, Berlin. (Thanks for the invitation, Ronen!) What’s so special? All the designs are free and open, as in open source, and released under a Creative Commons license (by-nc-sa): Designers and hardware hackers can download the plans for all the pieces, modify them or have them produced for themselves. In Ronen’s words:

The products presented here were designed and produced using an alternative design and development method that frees a designer to pursue creative expressions, realize them as industrially repeatable products and have the ability to globally distribute design. Open Design is a personal attempt to close a creativity gap between product design and other fields (music, graphic design, animation and photography), Which found their creative output in phase with the realities of information technology and economics. The Open Design method is based on the principles of the already successful Open Source method that revolutionized the software industry, and gave birth to a social movement that is cooperative, community-minded and seeks legitimate ways of sharing creativity. In Open Design, the design is a two dimensional “cutout” represented as digital information. It relies on the Internet’s communication resources, to publish, distribute, and copy the designs under a CreativeCommons license. Coupled with The flexibility of CNC production methods, all technically conforming designs are continuously available for production, in any number, with no tooling investment, anywhere and by anyone.

More importantly, though, these are pieces of exceptional beauty. Did you notice that you can’t see any joints? It’s because there simply aren’t any – all these pieces are just stuck together, or folded into themselves. The table and the fruitbowl you see in the pictures below are delivered flat, then folded into shape. How awesome is that? 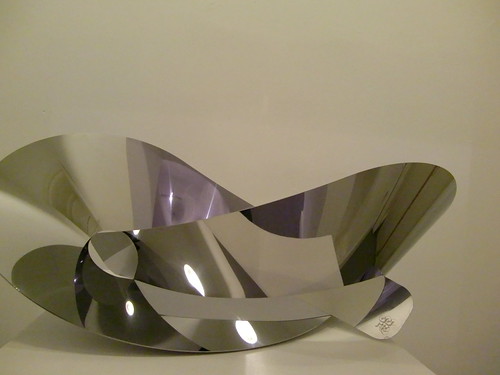 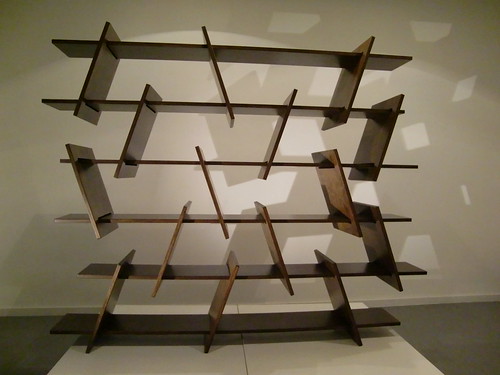 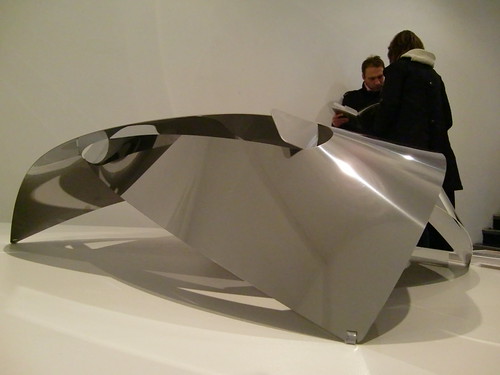 “So where’s the business model?”, you might ask. Same as in open source software development. It’s extra services, customization, plus as a rule of thumb: If you want something done well, you ask the guys who made it in the first place. In the case of Ronen Kadushin, there’s also the idea that others can use his designs commercially in a revenue share-like model; if you’re interested, talk to Ronen. Also, at www.movisi.com you can buy designs by Ronen and a couple of like-minded designers.

The exhibition Hard Copies – Open Design will be open till November 22 at Appel Design Gallery, Berlin.

I saw Ronen’s work at DesignMai in 2005 and loved it so much that I got the fruit bowl as a christmas present (it still very stylishly graces my bar) – and we bought it directly from the designer, so the open source-ness of it didn’t hurt that sale!