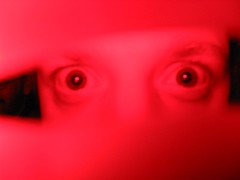 Researchers used cell phone towers to track individuals’ locations whenever they made or received phone calls and text messages over six months. In a second set of records, researchers took another 206 cell phones that had tracking devices in them and got records for their locations every two hours over a week’s time period. The study was based on cell phone records from a private company, whose name also was not disclosed.

Not only is this creepy, it’s also most probably illegal (just like the Deutsche Telekom incident): The data came from outside the U.S. because privacy legislation wouldn’t allow it there. (So where the heck did they track, then?)