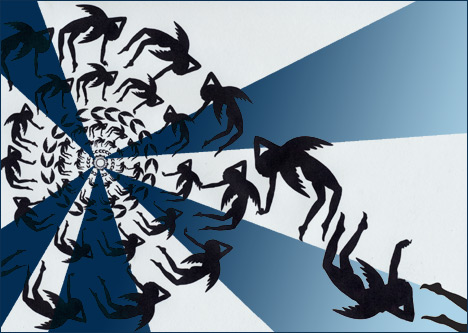 The great & ambitious film collaborative film project A Swarm Of Angels (which I’m a proud, if passive, member of) have relaunched their website. Now it’s all in the looks of the new official poster above. A Swarm Of Angels, or ASOA for short, is headed by film maker Matt Hanson (his website, his weblog), but it’s also a collaborative effort, funded by the community and produced for the public. It’s all strictly CC and No-DRM, it’s creative, and hopefully prove a useful alternative to the mainstream movie productions we’ve all gotten used to.

ASOA is currently in development 2 out of 5. You can still become a member, more info about joining here.

Good work, Angels. Keep it up!